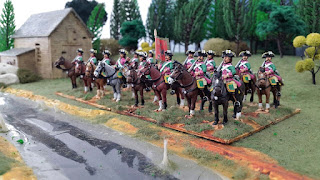 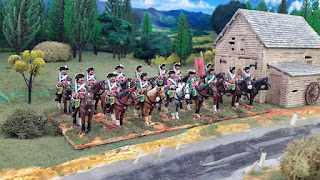 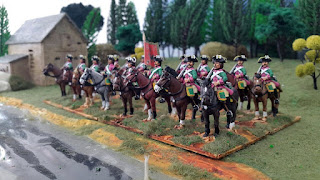 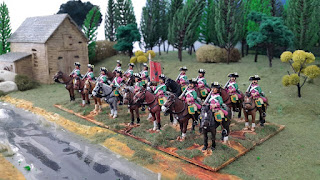 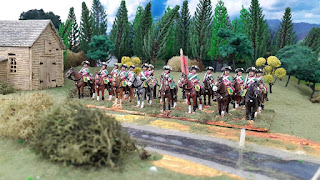 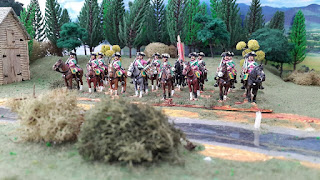 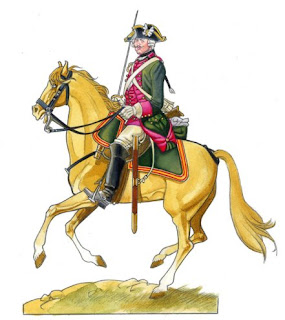 I had not realized that I was to paint an extra 6 Saxon cavalry regiments - for some reason I thought it was just two. So here goes with three Chevauleger regiments plus one cuirassier. The choice of facing colour was determined by the beautiful drawing by Franco Saudelli. This shows a rasberry red facing which I thought made an interesting change.

The figures are actually Saxon Cavalry from Eureka (most unusual - I'm painting figures as the designer intended them to be) and they are fabulous figures.
Posted by Painted Soldier at 11:11