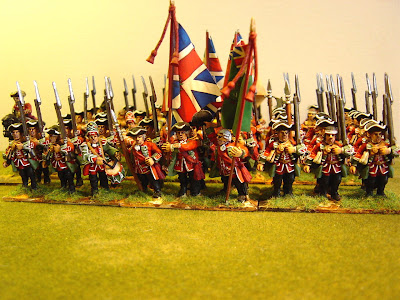 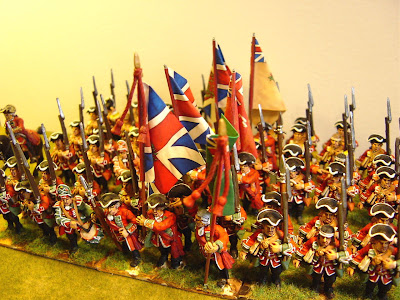 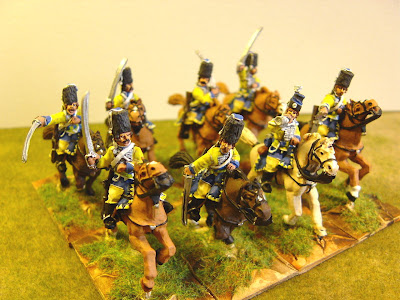 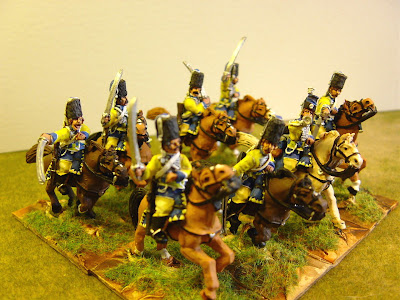 The first of the British brigades of my WAS/SYW 'Pragmatic Army' is finished (top two pictures).
They show Major General Waldegrave's three battalions - Bentinck's (5th), Guise's (6th) and Stewart's (37th). The only thing lacking is finials on the last two battalions and that will have to wait until my next order to Front Rank. All figures are Foundry.