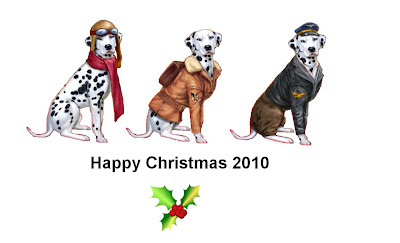 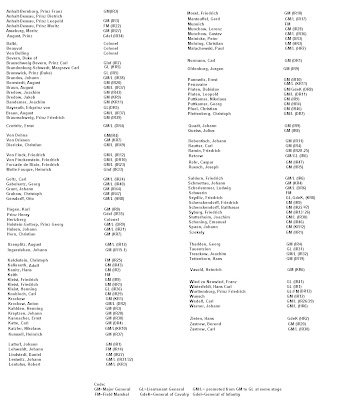 I wanted to wish you all a Happy Christmas and a prosperous New Year and in the spirit of giving (even tiny ‘giving’) a list of most (perhaps 80-90%) of the Prussian Generals of the WAS and SYW, with their regimental numbers. This is a slightly more complete list than I have provided in the new Prussian painting guide and I hope you find it useful if Prussians of the SYW are your ‘thing’. This might help you in giving that individual the correct uniform. Click on the image to expand. If you want a better image then let me know and I'll email you.

One final note. Many of you have purchased one or both of the new Uniform guides I mentioned above – thank you. They are experiencing shocking weather in the UK I gather (I’m in the SW of France where we have had no snow to speak of) and I think Terry has or will be writing to all of you suggesting that we delay posting. He will post on Monday if you respond to his email asking him to do so. Otherwise booklets will be going out in the post before the year end. My apologies for the delay but this is as perfect example of ‘factors beyond our control’ as possible

Greenwood & Ball are out! 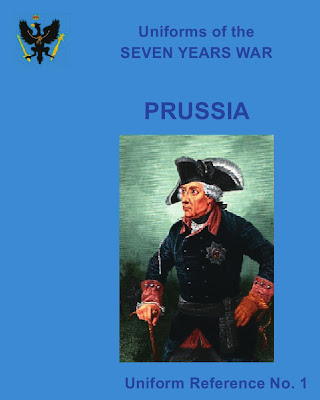 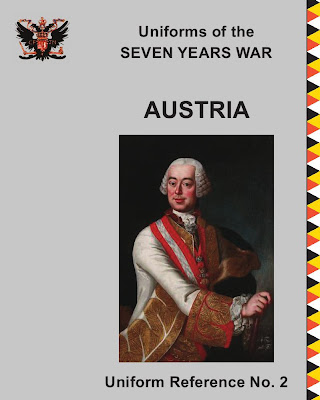 These are now out and can be purchased individually or together (at a discount) so please go to www.18thcenturypress.com

Thanks for your interest.
Posted by Painted Soldier at 11:35 2 comments: 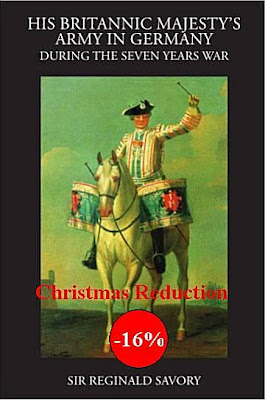 Just to let you know, we are having a 16% off Christmas Sale at 18thCenturyPress for the Savory book. This is a repeat of the very successful sale we had last year.

Just go to www.18thcentury press.com and click on the Savory tab on the left hand side.

Next week I’ll be putting the Greenwood & Ball SYW uniform guides on the website.

Posted by Painted Soldier at 16:57 No comments: 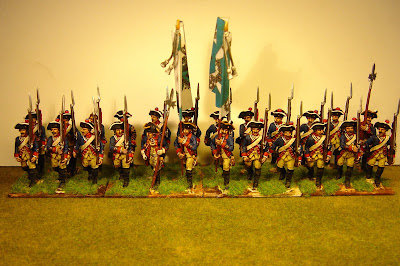 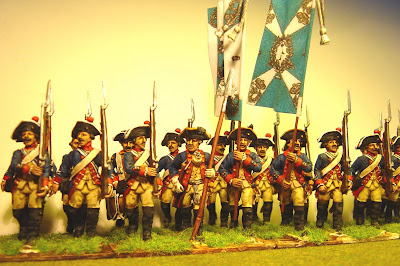 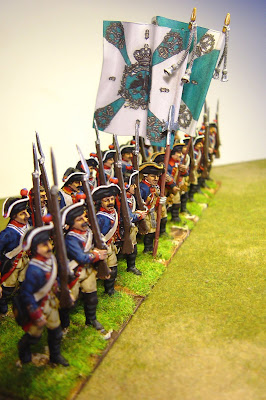 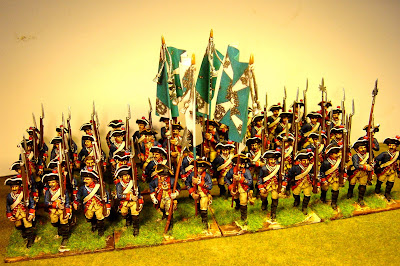 The top three pictures show the first battalion of the Regiment von Finck (No.12), a regiment highly rated by Frederick when he reviewed the performance of his army after the SYW.

The bottom pictures shows both battalions in line. They are, if you missed my previous post, 40mm from Trident.

On the subject of the re-printing of the Greenwood & Ball SYW Uniform guides, I think we are now about a week away. One of the things I have included in the Prussian booklet is this rating system of Frederick's mentioned above: one star or two stars given to just a handful of Infantry and Cavalry units that may help you rate your wargames units.
Posted by Painted Soldier at 09:39 2 comments: