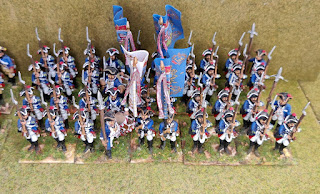 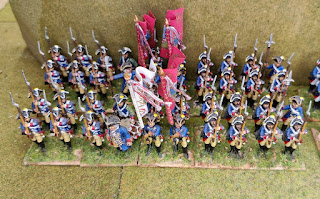 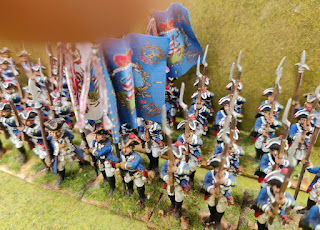 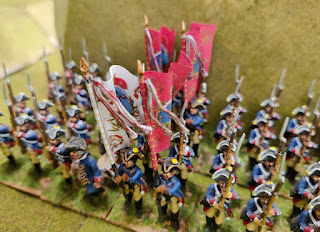 Posted by Painted Soldier at 09:31 No comments:

28mm Wars of the Roses: Artillery to end the project 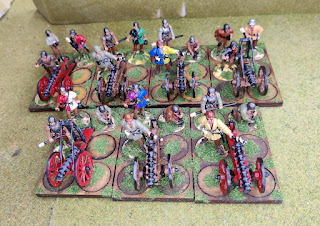 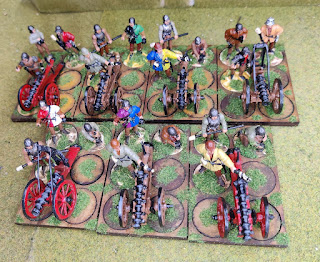 Posted by Painted Soldier at 11:43 No comments:

Labels: Wars of the Roses, WAS 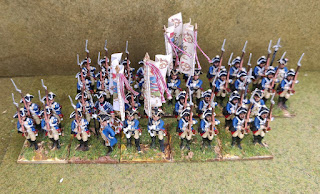 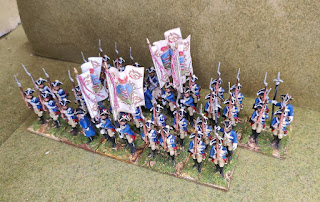 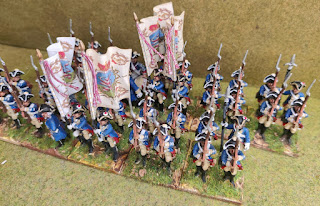 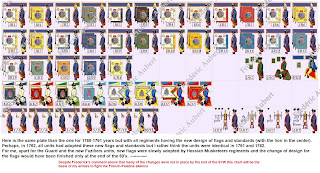 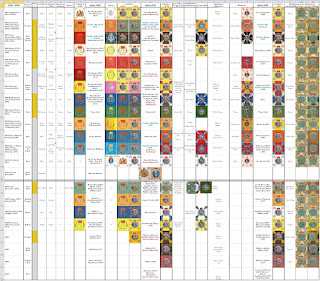 Previously I have been focused on the French and Palatine forces which are now largely finished.

Now it's time to return to the Hessians and I have decided to re-flag the three regiments I have already done. Two of them will just need new flags but one of them (the subject of this post) needs to be a new regiment as well. Previously this regiment was IR7 Leib (see post December 2021) but I have been corresponding with Frederic Aubert (see his FB page SYWBS Seven Years War Battle System)where he has done a massive amount of work/research on many armies of the period).

I have concluded that my current flags are too late and Leib was just a very complicated regiment. It had straw facings in the SYW and the AWI but flirted also with pink facings/flags in the post SYW period.I have decided to change my flags to 1763. See the attached chart from Fredick which shows the bewildering changes to Hessian flags from the early SYW to AWI. I had previously used flags from columns AA and AB and have now changed to columns M and N. So the straw facings of IR7 Leib have now become the straw facings of IR4 Wilke with the new flags of that regiment. This was the easiest option requiring the least amount of re-painting.

The other regiments finished (IR5 and IR8) will just get new flags with no other changes to facings and I will show these soon.

Posted by Painted Soldier at 11:11 No comments: