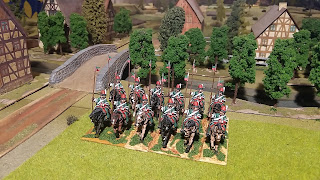 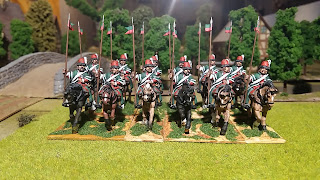 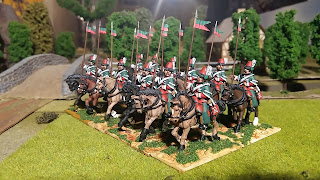 Freikorps Kleist Lancers from Foundry. The entire Foundry Freikorps Kleist range is comprehensive and a great pleasure to paint although the horses (as usual) have a great deal of flash and need some cleaning. They need to change their moulds more frequently.
Posted by Painted Soldier at 13:07 1 comment: 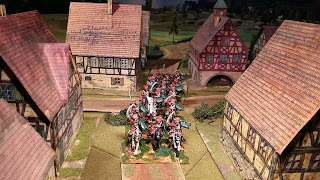 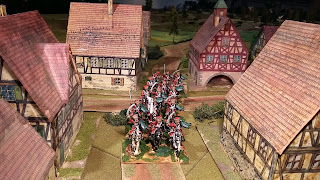 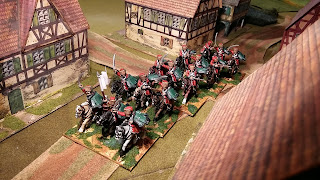 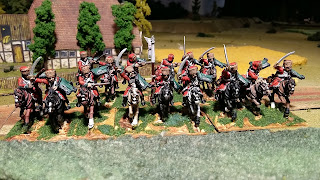 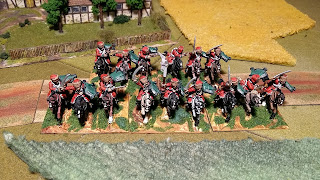 Freikorps Hussars von Kleist using Foundry figures.
I especially like the top three pictures. It is as if you opened a window in your garret bedroom one morning to see what that dreadful noise was.....only to hear a regiment charging through the village shouting rudely in a freikorps manner. 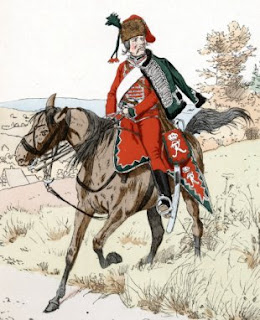 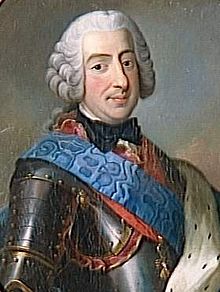 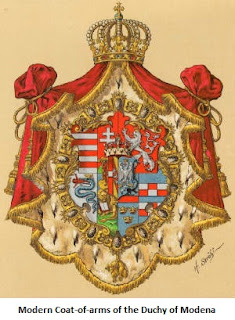 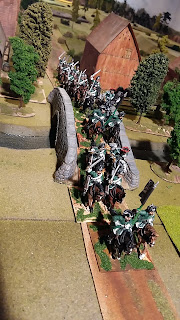 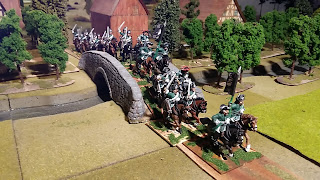 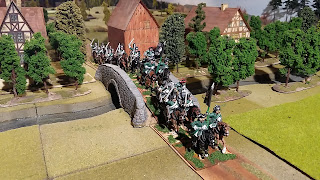 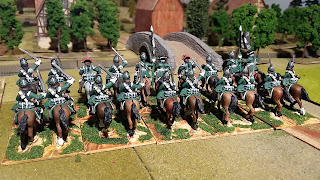 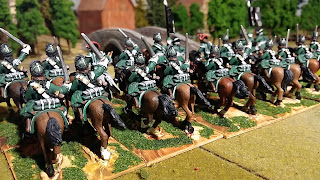 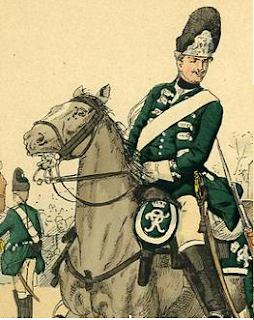 These are great Foundry figures. This regiment of dragoons had a unique hat - a fur Grenadier bearskin and would be even more spectacular with a more colourful uniform.
Posted by Painted Soldier at 15:53 1 comment: 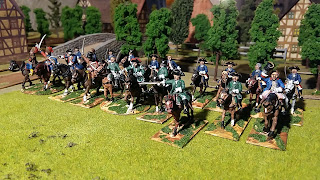 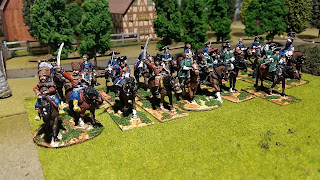 This finishes off the Prussian mounted officers. In the front rank are generals for the Advance Guard plus a Dragoon Brigade general. In the rear rank are ten mounted junior officers commanding batteries of artillery.
Posted by Painted Soldier at 15:47 No comments: 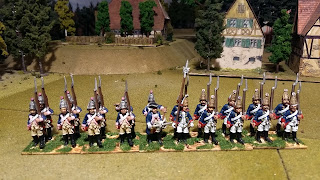 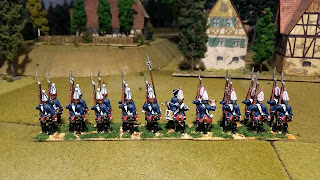 I thought I had finished with Prussian Grenadiers but actually there are two more to finish. This is the penultimate.

I have not posted much recently but actually I have been busy with SYW stuff and I have over twenty guns to do in the next few weeks. This year will see the end of the Prussians and next year will be something similar - Russians and Kreis.
Posted by Painted Soldier at 16:56 1 comment: