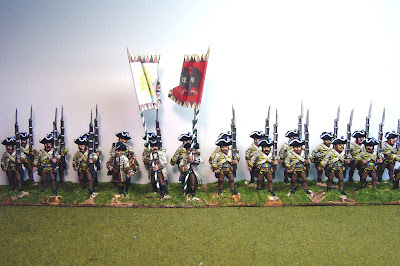 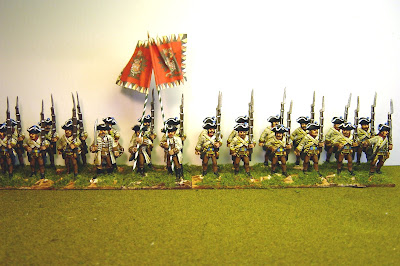 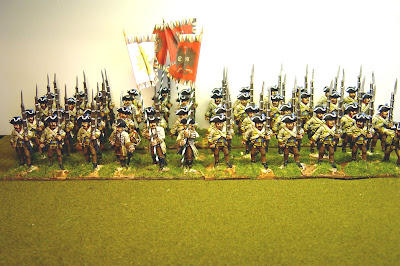 I had thought that Hungarians had only three colour options - red, dark blue or light blue - but when I came across this Regiment in brown trousers with slate grey turnbacks I knew I had to paint it as it is so unusual. Here is the Kronoskaf link:

But the article presents some problems.

1) Button colour appears to have been both yellow or silver depending on the source and date.

I went with silver.

2) Although yellow waistcoat lace is indicated there is no reference to the barrel sash so I have introduced a third colour (pale blue) and put it both on the barrel sash as well as pompom.

3) It is clear that there was no lutzen lace on the coat but as Crusader/Front Rank have them sculpted I decided to go with yellow for the rankers and silver for the officers.

This is an example of artistic licence and, normally, I'm warry of straying from the references available (which themselves are hugely contradictive) but in this instance I feel the finished result was worth it. I think this is the only line regiment in service during the SYW across all national armies that used brown and slate grey as uniform colours. 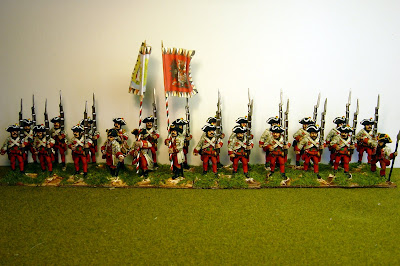 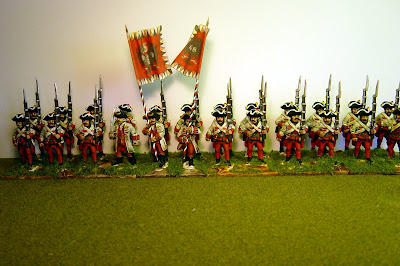 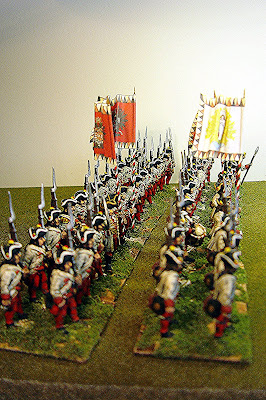 A very striking Hungarian regiment of the SYW with their red trousers! Again, a mixture of Crusader and Front Rank figures. The latter must now be 20 years since their sculpting so they are showing their age and are also a fraction shorter than the Crusader ones - nonetheless I think they can be mixed together in the same unit.

Posted by Painted Soldier at 10:01 No comments: 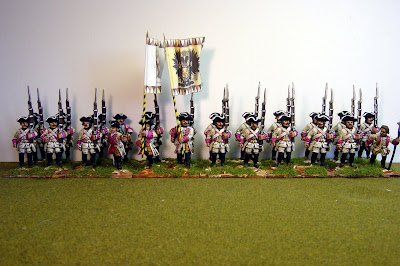 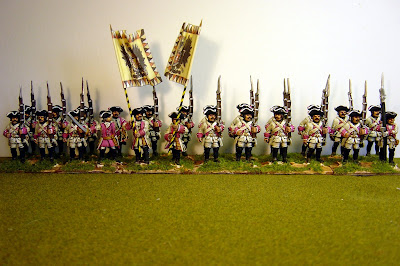 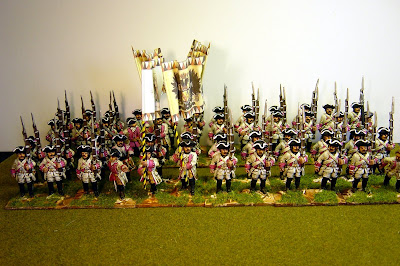 There is going to be a rush of postings today (or perhaps that should be a 'rash') as I have finished 6 battalions of 28mm SYW Austrians. Here is one of my favourite regiments, de Ligne, with its rose facings. All figures are Crusader except that I mix up the command with some Front Rank figures for variety.
Posted by Painted Soldier at 09:34 No comments: 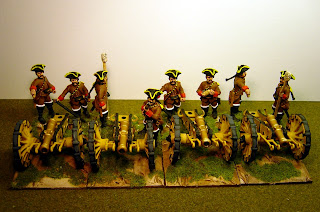 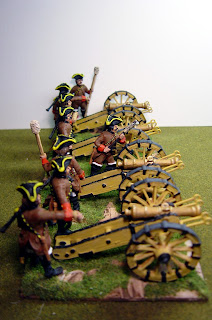 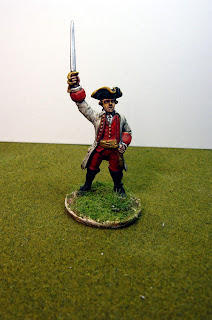 The top two pictures show Sash & Saber's new SYW Austrian gun crews next to the 3pdr guns. In some cases I'll be using them individually as battalion guns (one gun between two battalions) and on other occasions as a field battery, as shown here. At the battle of Mollwitz, for example, the only artillery available to the Austrians were battalion guns so it will be nice for them to have some artillery to cheer them up.

The bottom two pictures show a conversion of a Front Rank 40mm AWI Continental officer. With 'greenstuff' to give him boots, a sash, larger cuffs and a cockade, he is transformed into the energetic
general commanding the Hungarian brigade, Haller.

My next job is to finish the Hungarian brigade - I've done one battalion so just 3 to go.
Posted by Painted Soldier at 11:06 4 comments:

This is a splendid BBC documentary about Frederick the Great which, if you have one hour spare, is well worth watching. I had always seen Frederick through the prism of his military life, victories as well as defeats, but this puts those elements of his life into the context of the Philosopher King.
Posted by Painted Soldier at 12:59 1 comment: 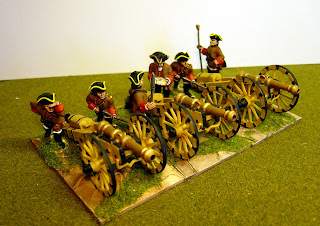 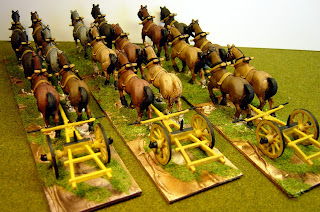 This is the 28mm Austrian 12pdr battery from Berliner Zinnfiguren as mentioned in one of my posts last month. Each gun has a six horse limber - the horses and gun crews are from Front Rank.

In a few days time I'll post a 40mm Austrian battery of 3pdrs.