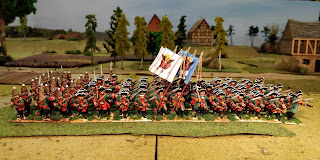 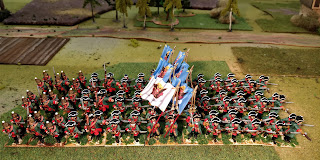 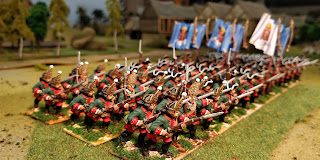 Progress and the light at the end of the tunnel!
Posted by Painted Soldier at 16:46 1 comment: 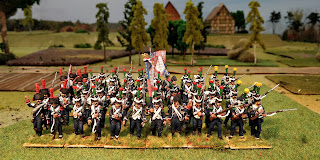 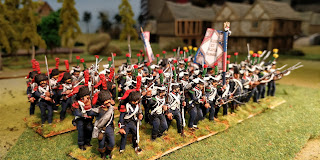 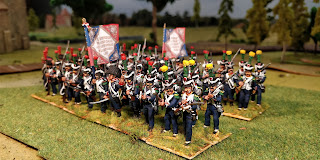 I have always wanted to have a Legere Regiment in full dress with all the plumes. These are not quite full-dress (they are missing boots with tasseled tops) but they are as full dress as I could manage given the availability of figures in 28mm. These are mostly Victrix with the occasional Warlord Games figure thrown in. I have also given them all the same pom-pom colour as a deliberate choice. 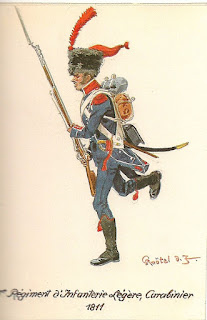 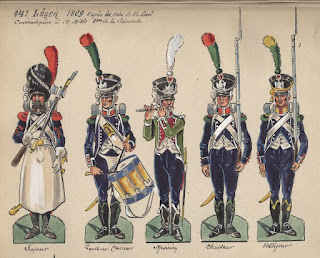 I based the painting on the three illustrations above.
Posted by Painted Soldier at 16:50 2 comments: 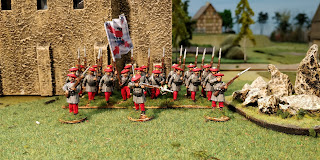 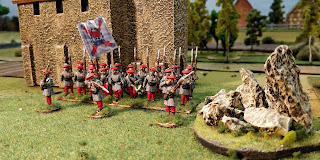 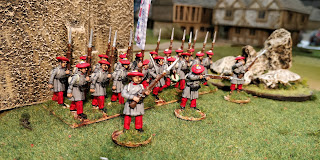 
that means I have no 19th century armies and so I thought I would start a new period.

I have long been interested in the 1st Carlist War since the Perry brothers made their range and published the uniform guide.


1) great figures from the Perrys

4) I live close to the Basque area

5) Nice International angle as there are French, British and Portuguese legions serving on the Government side (Isabelinos)


Had I lived at the time I would probably be aligned politically with the so-called Liberal side (the Isabelinos) but culturally I sympathise with the Carlists.

Here is the first painted unit – the first Basque Guipuzcoan battalion of four planned. The Carlists of the Northern army were recruited from the countryside (the cities and towns largely remained pro-Government) and must have been incredibly fit as their marching prowess was noted by many commentators. On one occasion a unit was known to have marched 60 miles in one day which is quite incredible as most of the countryside of Northern Spain is mountainous.

The Carlist main headwear was the beret or boina or txapela which could be in a wide choice of colours but were probably one colour in a battalion. The first I show here has red but the second I will paint shortly will have blue. They wear the winter colour trousers which were red, white being used in the summer. The colour should be garance (a particularly dark red much in fashion in the 19th century around Europe) but I am not sure mine is quite dark enough.

Figures are from the Perry brothers and the flag is from Adolfo Ramos. 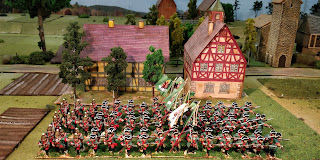 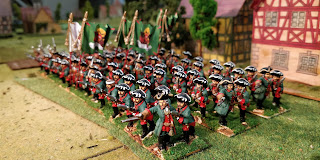 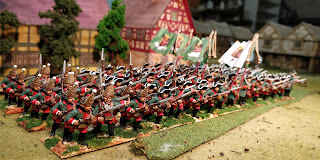 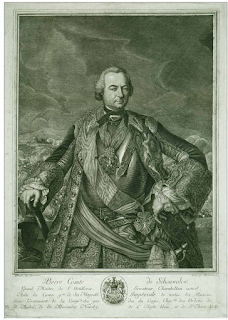 Here is the the second regiment painted (remember the 2nd was not fully raised) so it is the 3rd. The choice of flag, as I said in the previous post, is conjectural.