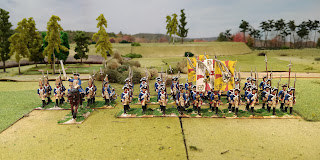 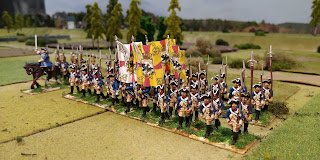 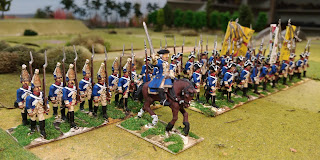 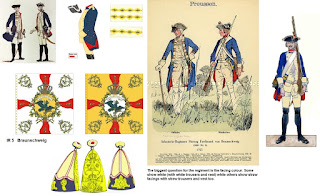 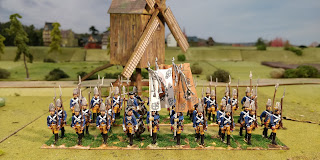 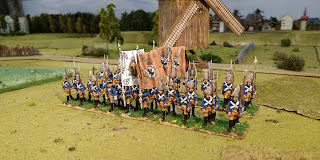 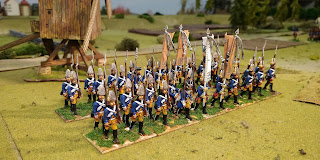 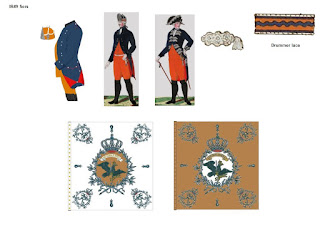 I have wanted to paint this regiment for a long time as the dark orange vest and trousers works well against a dark blue coat.

This regiment was raised in 1741 as a regiment of pioneers and had no grenadiers. In 1758 it became a Fusilier regiment. It served in the battles of Zorndorf, Paltzig and Kunersdorf and was largely wiped out in that latter battle. Thereafter it served with Prince Henri in the western theatre which might suggest that Fredrick's opinion of this regiment had waned.

Posted by Painted Soldier at 17:40 No comments: 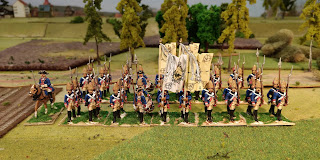 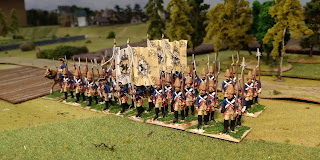 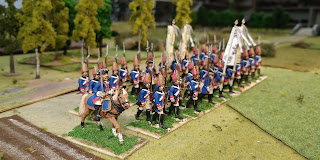 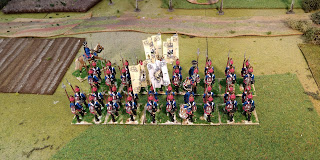 Posted by Painted Soldier at 12:15 No comments: 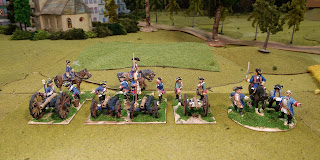 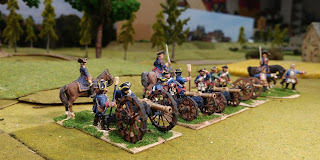 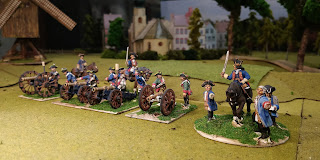 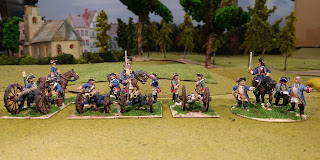 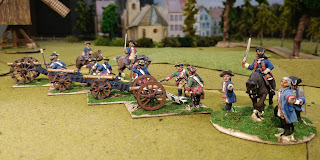 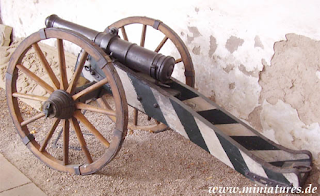 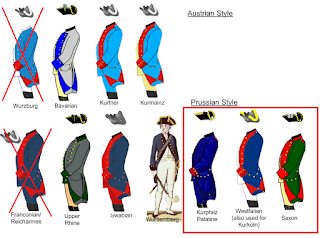 This post shows the last of the Kreis artillery contingents. On the left, Palatine battalion gun and mounted officer. In the middle two light guns of the Westfalian contingent (plus mounted officer). On the right a single Saxon battalion gun painted in an unusual scheme of green/white stripes. I am not sure of this as I had though Saxon guns were painted black with yellow painted metal fittings but this illustration has been sent to me so I have used it and it certainly is unusual.

Lastly, the round officer base shows a collection of Kreis artillery officers in conference!
Next week – the Kreis is finished so from now on in it's a question of filling in gaps starting with Prussians.

Posted by Painted Soldier at 15:26 No comments: