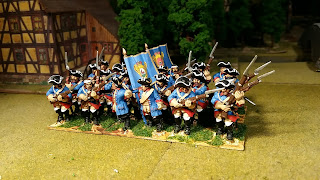 Two regiments of dismounted Russian Dragoons - Nizegorodski at the front and Treski behind.
Foundry figures, a bit comic-book but otherwise okay figures. The horse Grenadiers next week are much nicer figures..
Posted by Painted Soldier at 18:18 1 comment: 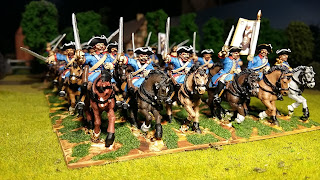 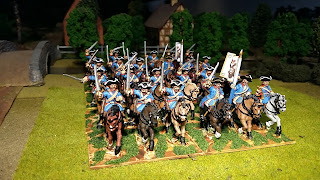 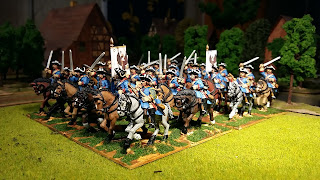 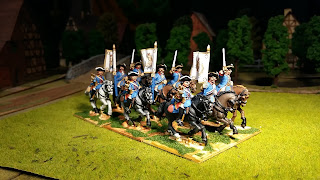 Here are two more Russian Dragoon Regiments - Tobolski at the front and Archangelgordski at the back.

The bottom picture shows the three command bases for the 'faux' dragoons - Regiments Kazanski, Kievski and Novotroitsky. With a total of 16 squadrons one will be able to field any number of regiments up to seven in varying numbers of squadrons. Next week - dragoons on foot and following soon Horse Grenadiers.
Posted by Painted Soldier at 15:14 1 comment: 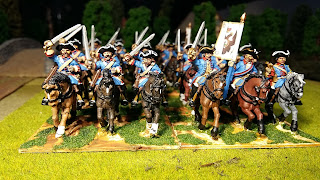 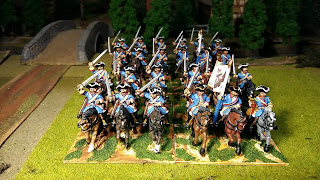 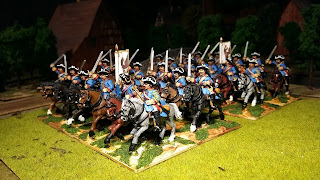 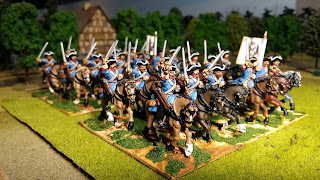 Here are two Russian 28mm SYW Dragoons Regiments - Nizegorodski at the front and Tverski behind. All Russian dragoons looked the same so the only way you can tell the regiments apart was from the small regional cost-of-arms on the double-headed eagle on the Leibflag flag.

I will be painting 4 'real' Dragoon regiments and 3 'faux' regiments. The latter were dragoon regiments converted to Cuirassiers during the course of the war but it is unknown when they received their new uniforms (remember they were almost constantly on campaign) and certainly they are unlikely to have been given heavy Cuirassier horses to replace their rather small (by comparison to Prussian dragoon horses) horses.

The blue in the pictures is somewhat lighter than I have painted them, I have favoured a medium blue for the first coat and a cornflower-medium blue mix for the shading. The figures are from Foundry and are again Copplestone sculpts, like the majority of the Prussians, and are superb.
Posted by Painted Soldier at 15:17 1 comment: 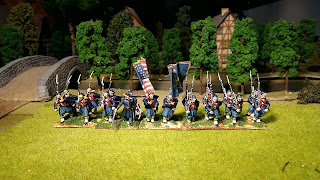 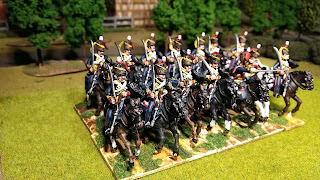 I have 4 units of Zouaves and one unit of Napoleonic British KGL Hussars on eBay at the moment.
Please feel free to have a look if you have a minute spare. 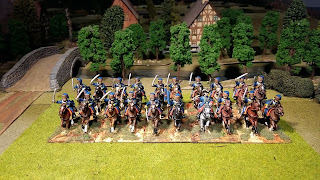 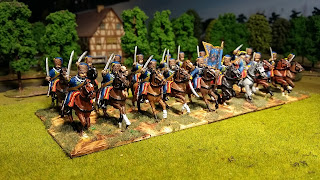 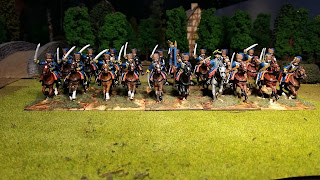 Kaiser Hussars with a rather drab uniform, well by Austrian standards anyway, which is, perhaps, why not too many people paint it. 2017 will be  a year in which I paint an enormous SYW Russian army.
Posted by Painted Soldier at 16:35 2 comments: