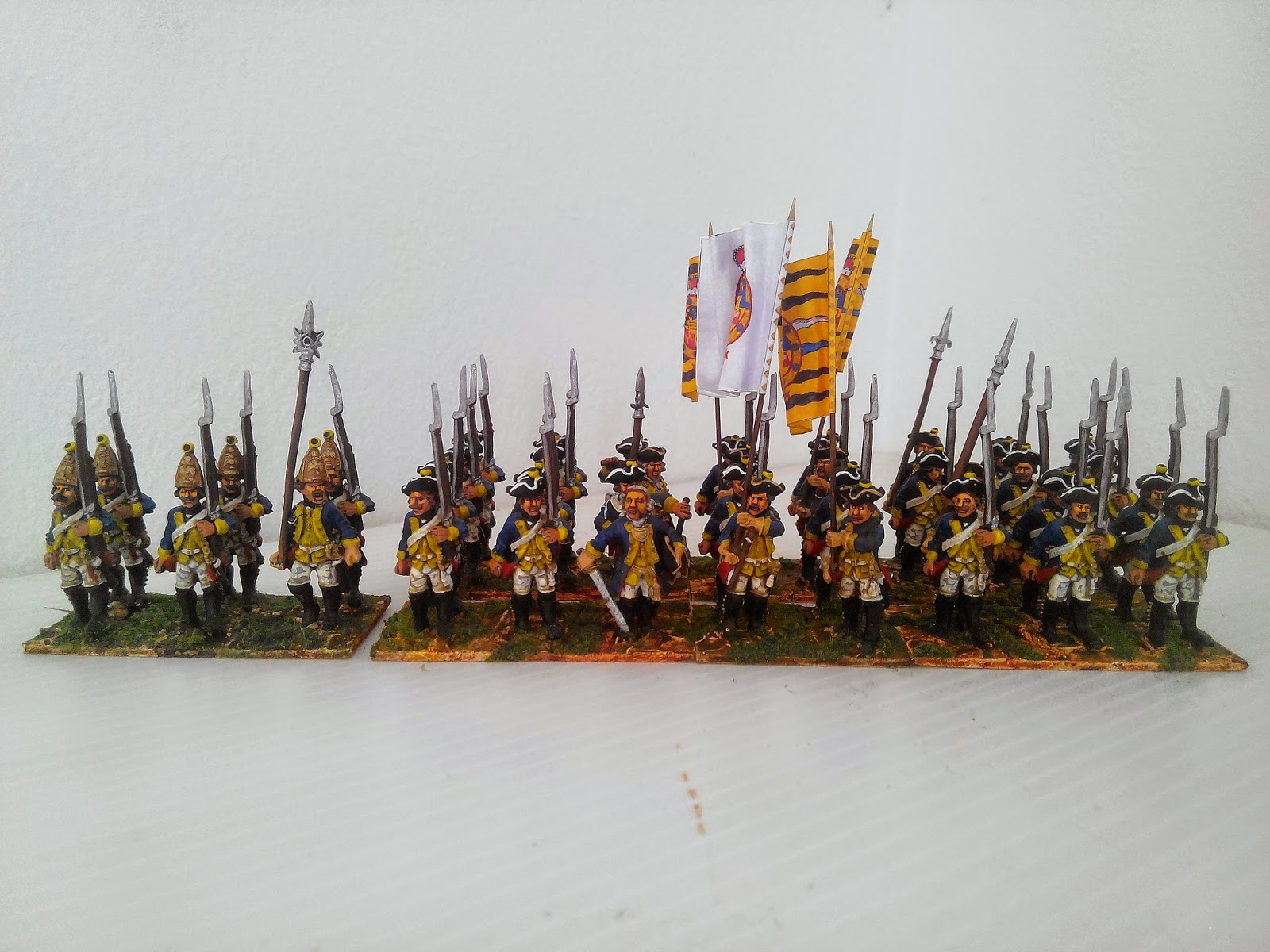 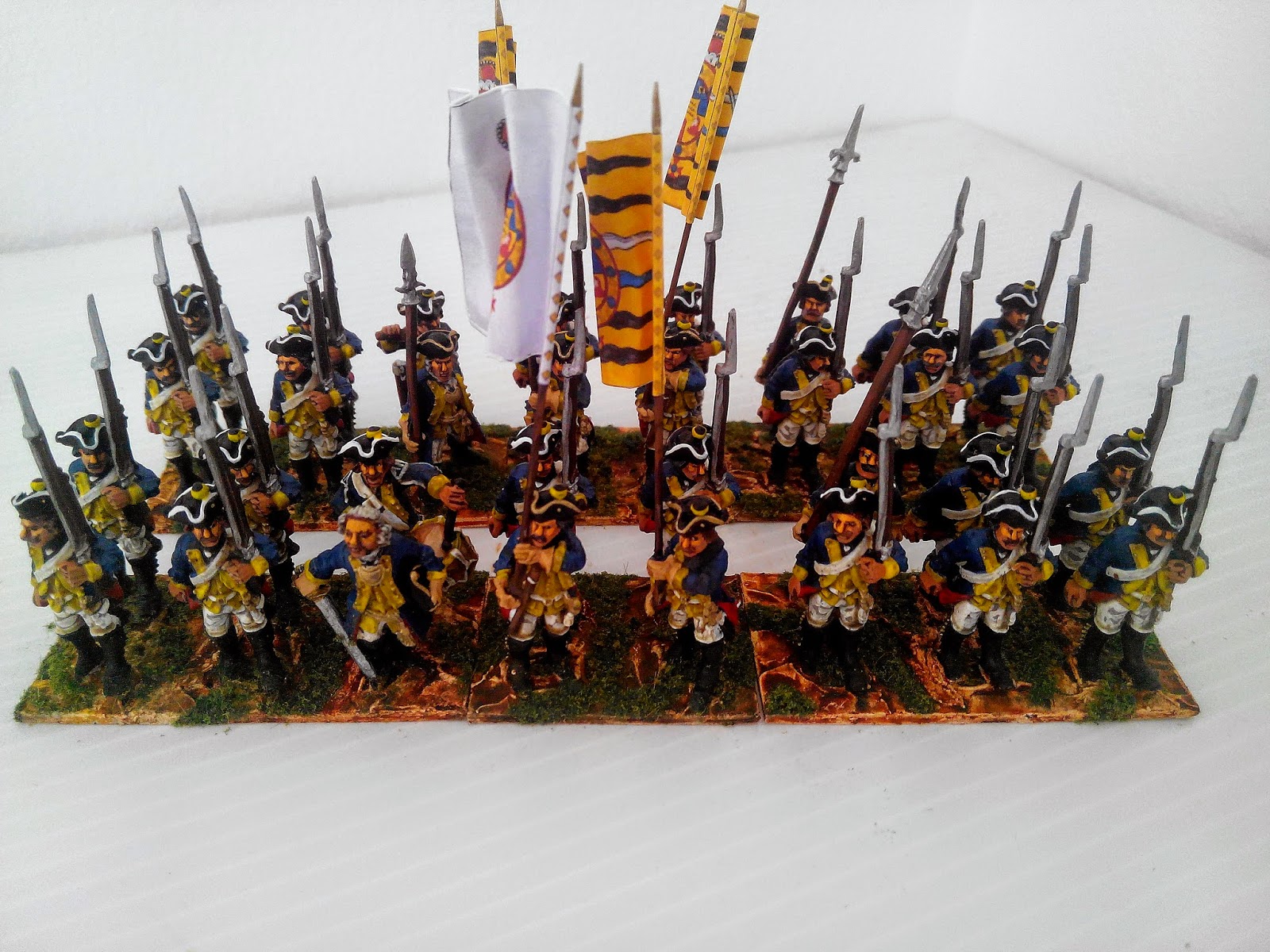 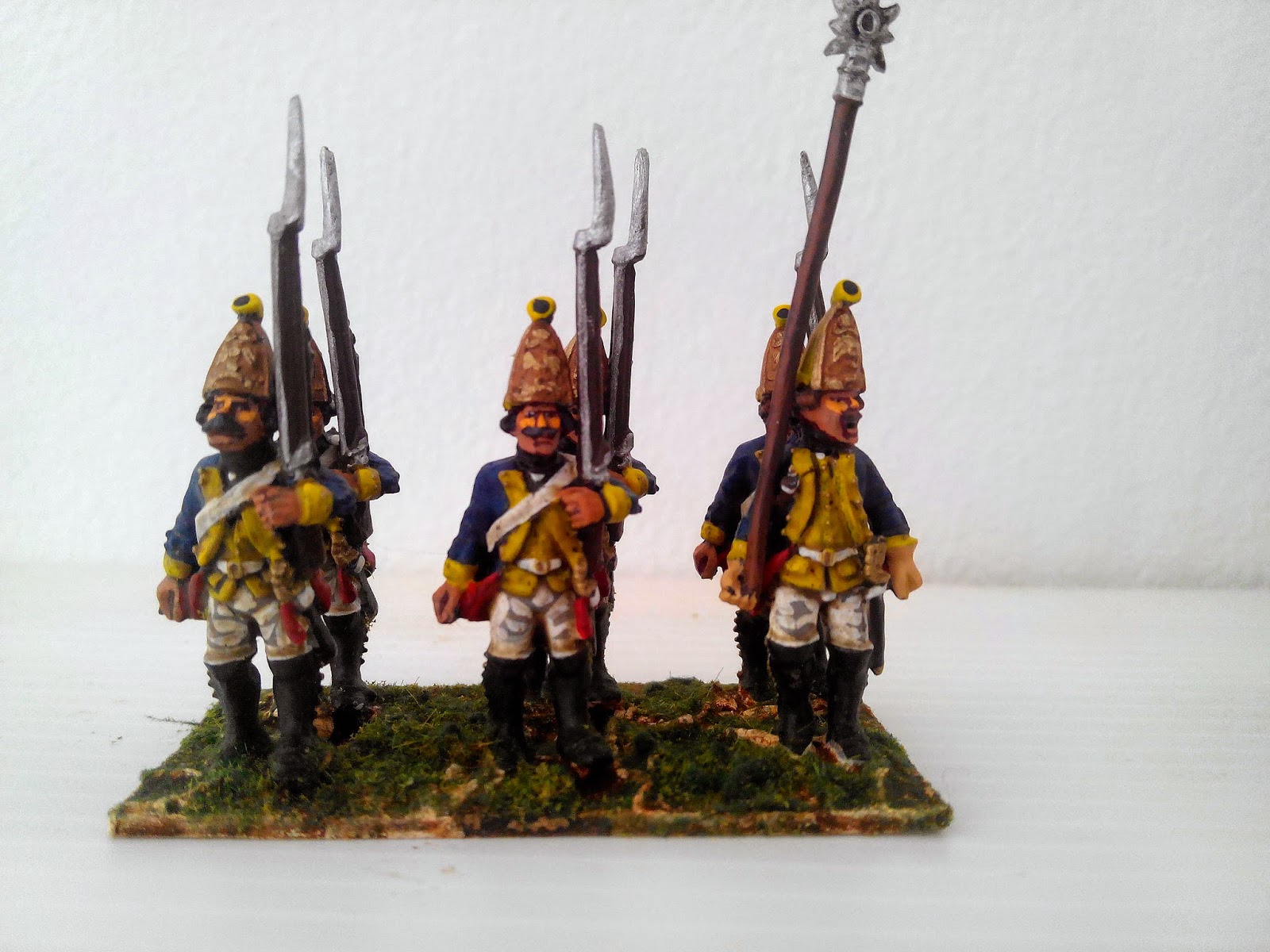 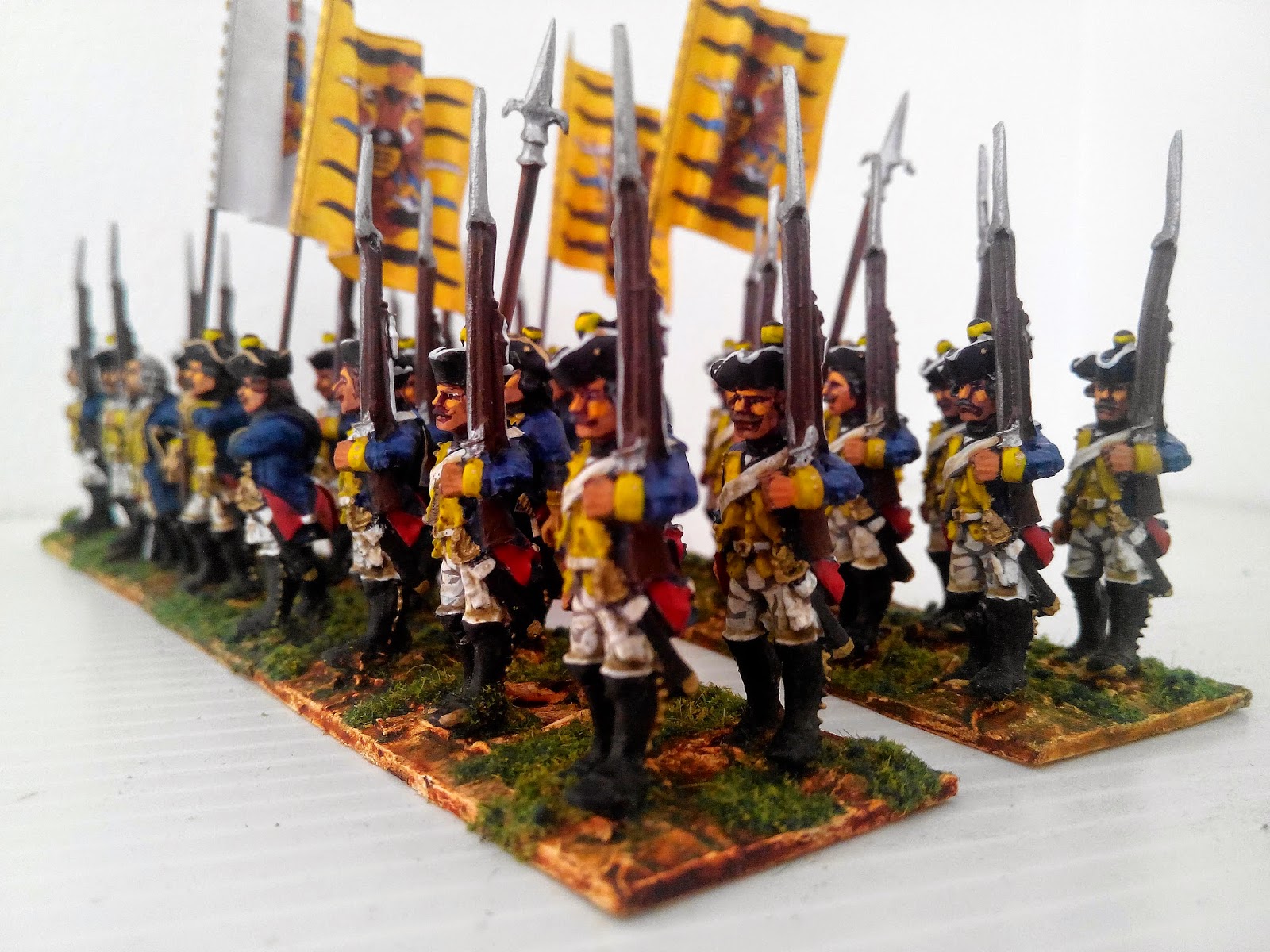 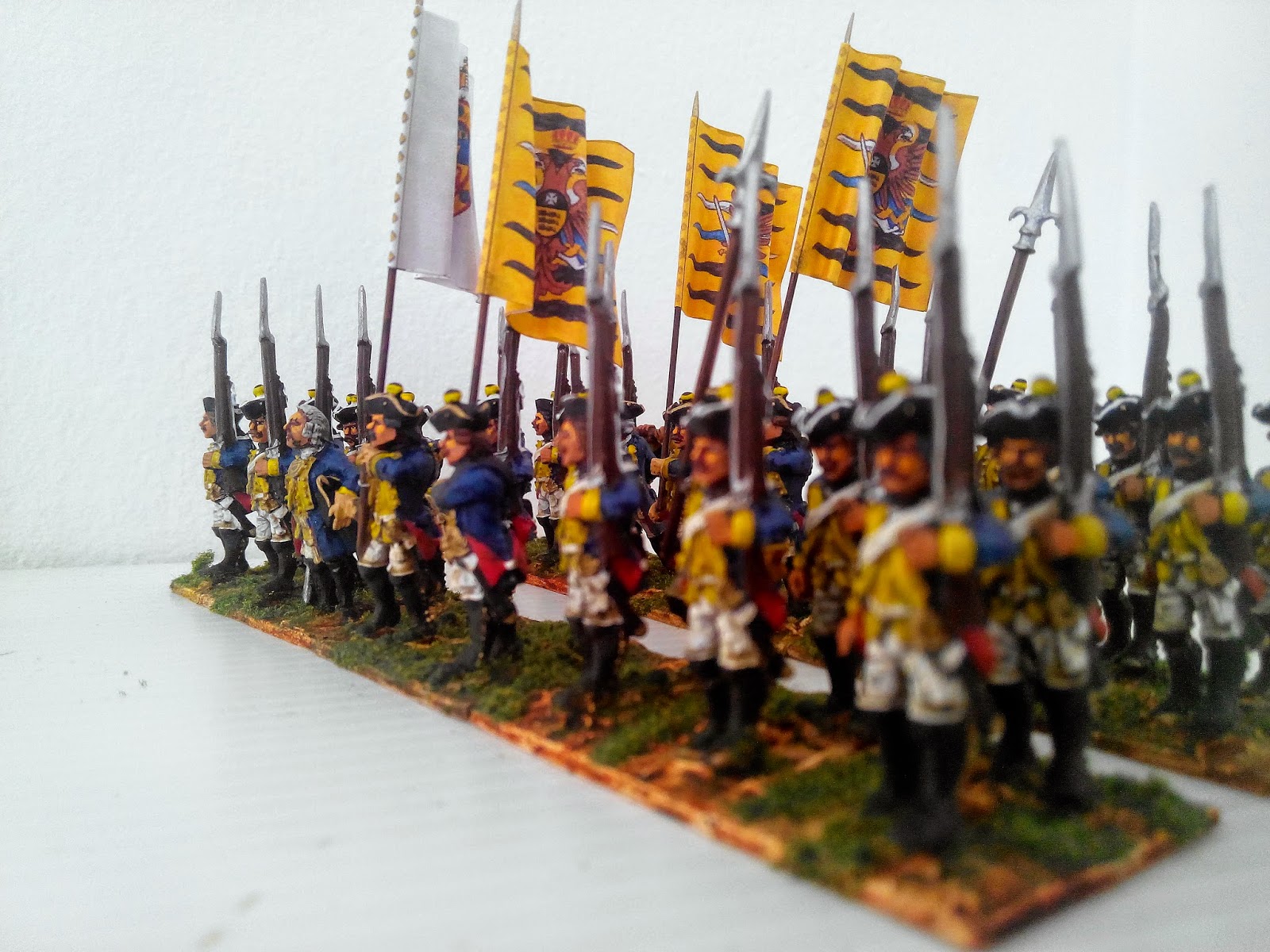 Here is the last Wurttemberg infantry unit I will be painting and it is a unit that served with the Kreis army. In the fullness of time I will probably paint the entire Kreis force from each Circle.

It was these beautiful flags that drew me into an interest in the Kreis Circles many years ago and this type of flag appeared to be used in the south-western corner of the Empire - Baden-Baden and Baden-Durlach, both neighbours of Wurttemberg, had similar flags.

This regiment appears to have been only one battalion strong but at some time either during the SYW or just prior to it, it was increased to two battalions. The grenadier company will be detached for service with other grenadiers. At an earlier date this unit may well have all worn the mitre but during the SYW they wore the tricorne, the switch possibly taking place when the regiment went to two battalions from one.

I'm off to the USA tonight for a couple of weeks to celebrate my 60th birthday so there will be a pause in painting.
Posted by Painted Soldier at 03:45 10 comments: 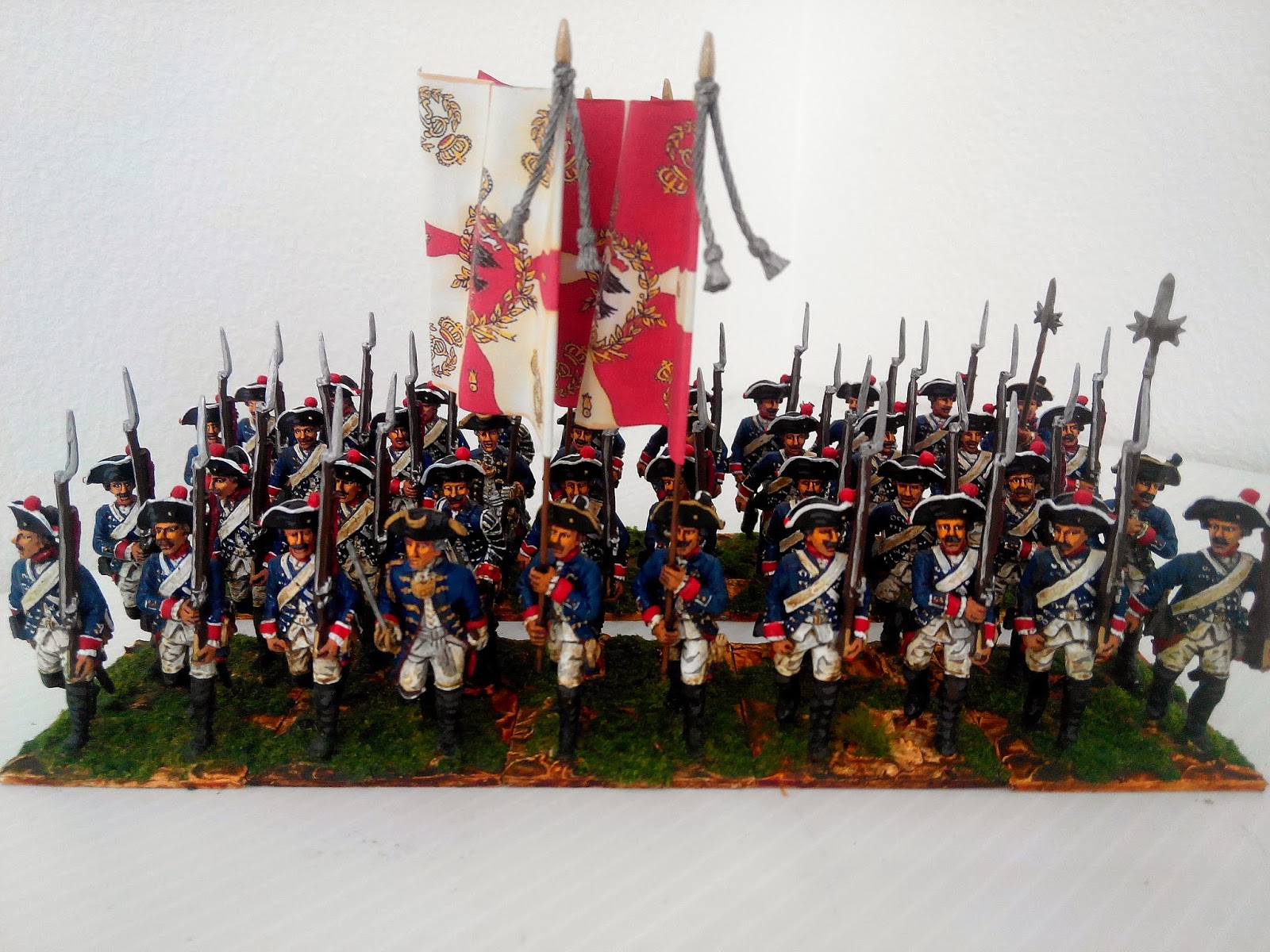 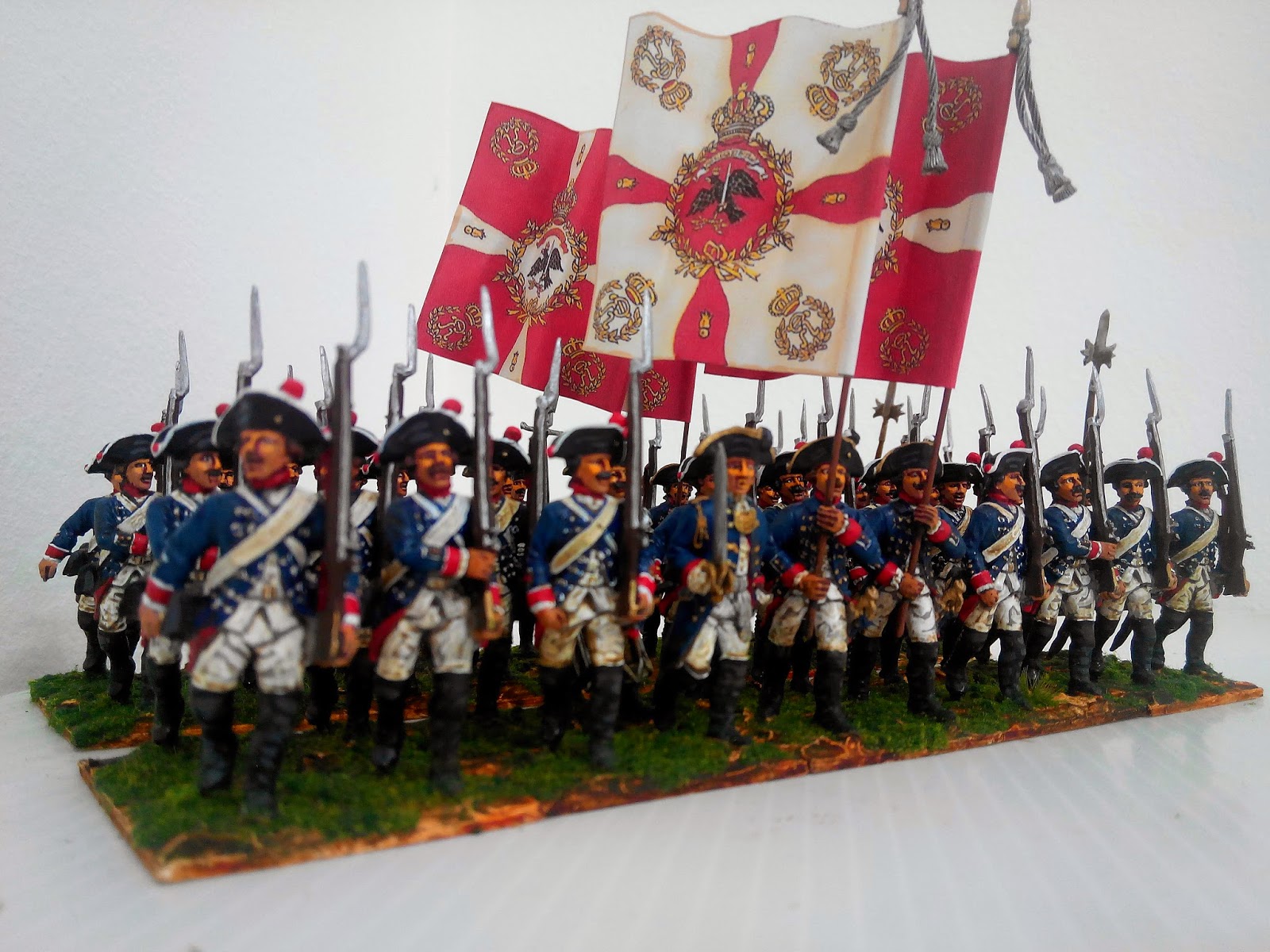 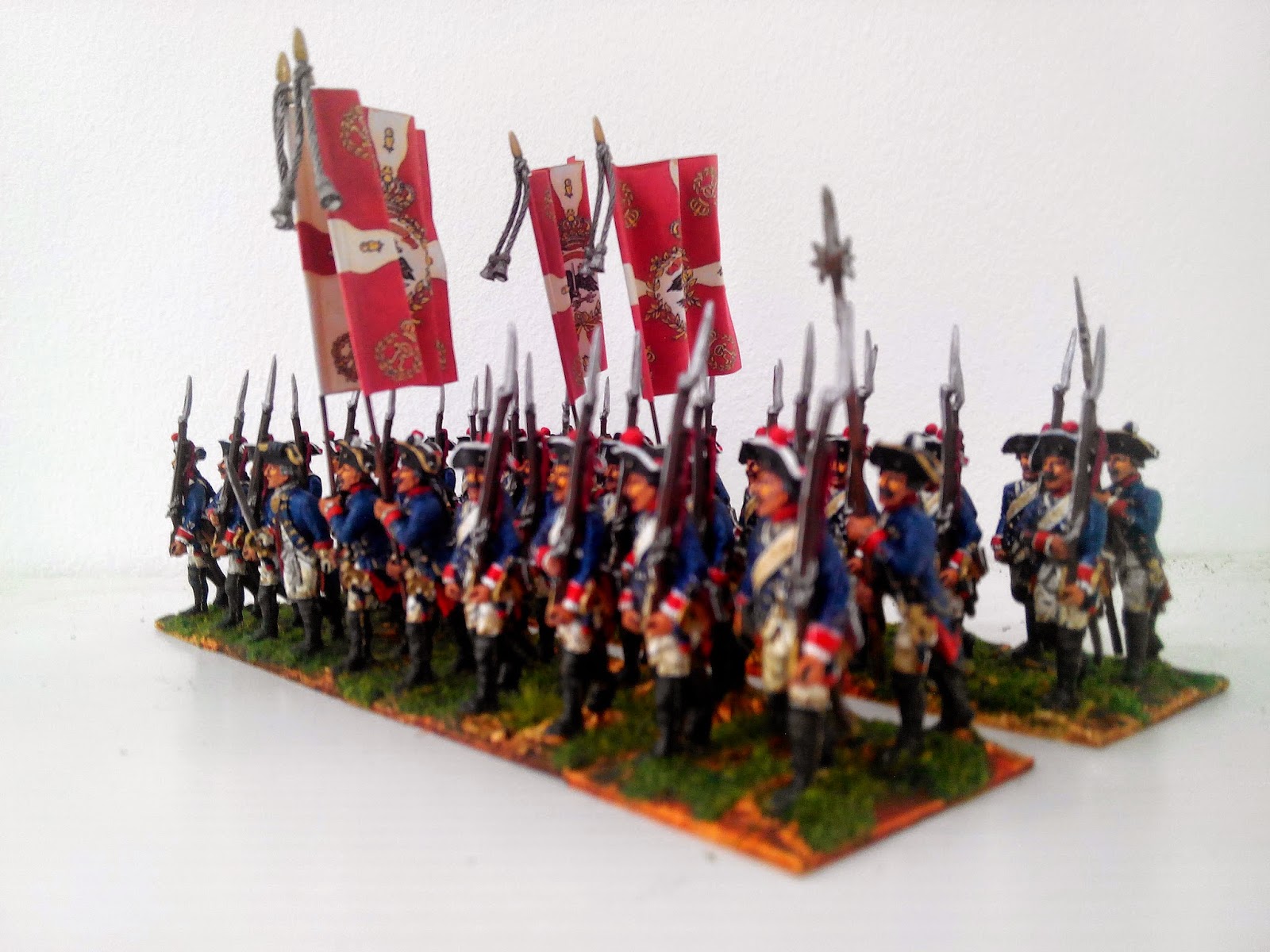 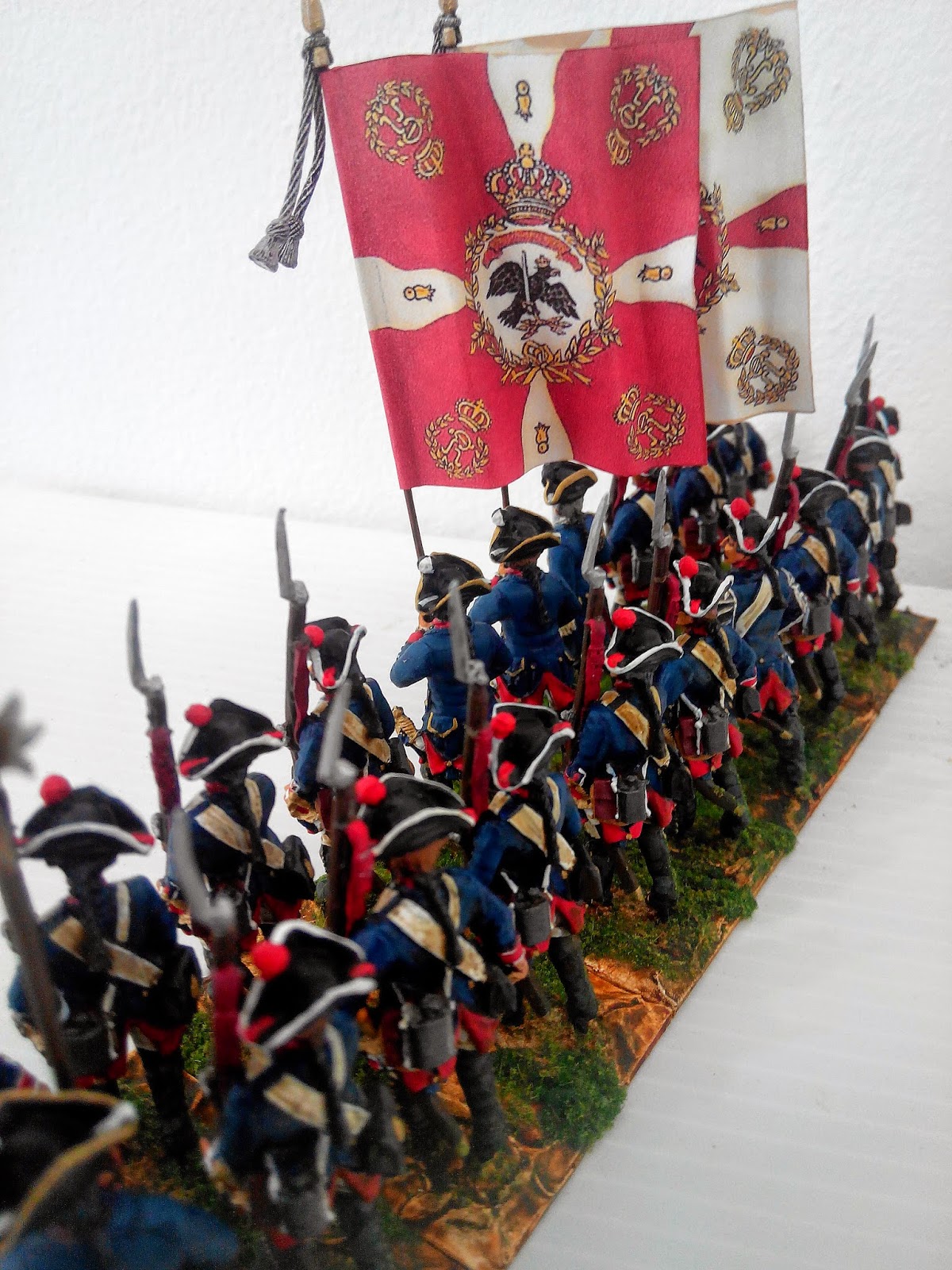 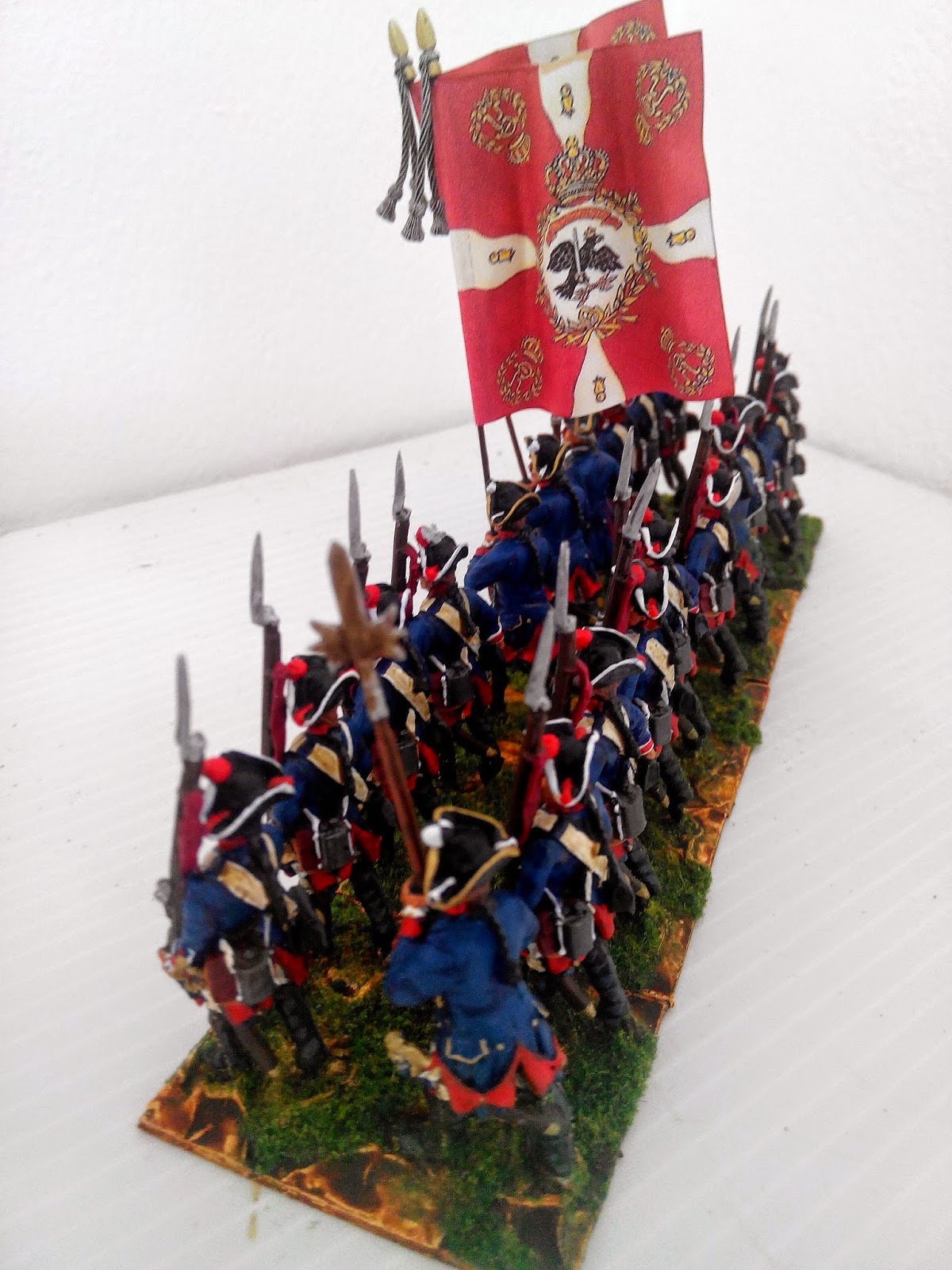 The Inhaber of this regiment from September 12 1758 to June 25 1763 was Major-General Johann Carl Baron von Rebentisch who was convicted in court martial, imprisoned and later dismissed from the Prussian service for his capitulation at Maxen in November 1759. I feel sorry for him so I think I will try to do him justice in a brigade commander at some point.
Posted by Painted Soldier at 03:29 4 comments: