Correos and the last of the Gallic cavalry 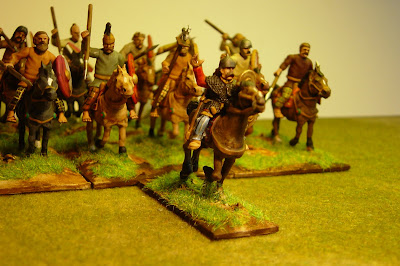 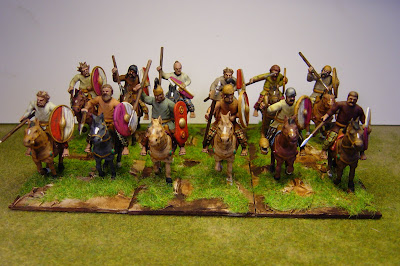 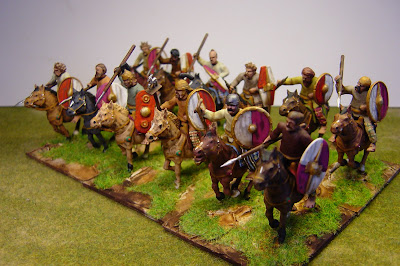 Correos commands the four units of Gallic cavalry in the Sotiate army. He is a 1st Corps figure. The last of the cavalry units is actually a packet of plastic Germans from Wargames Factory and difference between the Germans and the Gauls is small - the Germans have bare feet, different heads, command and shields but otherwise can easily be used as Gauls. I have changed most of the heads as well as shields but otherwise these serve perfectly well as Gauls.

So all the cavalry (a total of six Gallic regiments) for Crassus's invasion are ready and the plan is to finish both these armies by the yearend as well as paint up some Napoleonic units as well. The first half of next year will see a return to the SYW/WAS project.

Later on this week I'll try to post pictures of all this cavalry on the table.
Posted by Painted Soldier at 10:20 1 comment: 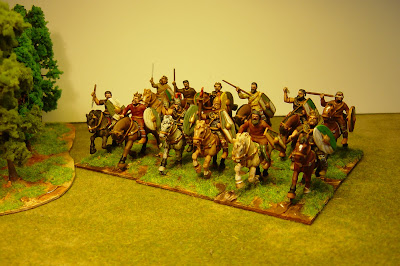 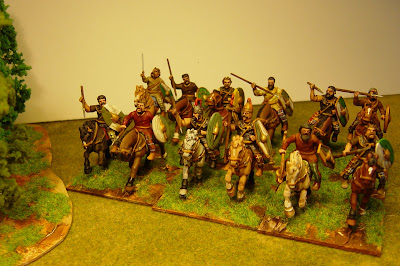 This is the third Sotiate cavalry unit and, as I explained in my last post, I have used surplus Wargames Factory plastic figures on the new Aventine horses.

So here, to recap, are metal Aventine horses with Wargames Factory plastic riders and they are mixed up further as quite a few have metal heads from Warlord Games! I suppose this is one way to use up those surplus bits and pieces.

The Sotiates will have a total of four cavalry units to oppose the two units of Gallic cavalry in Roman service so I have just one more to paint. I’m not much enjoying painting Gauls which is why I have sent 120 infantry off to ‘another place’ to be painted so, when I have finished this last cavalry unit, I just have to sit down and force myself to apply the transfers to over 100 shields. But the end of the tunnel is in sight for these armies and I can see them being ready by the end of the year.

Plus the big bonus is that these armies easily morph into armies for the Punic wars – something I have always wanted to do – and which I will discuss in greater detail later.
Posted by Painted Soldier at 09:52 2 comments: 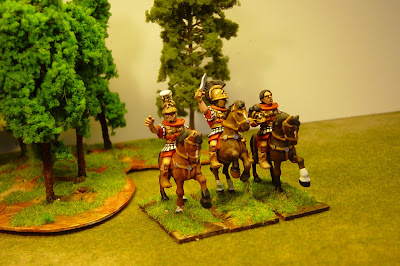 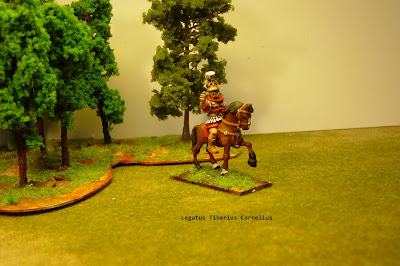 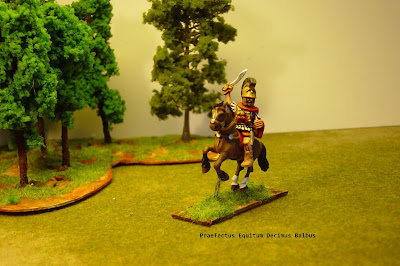 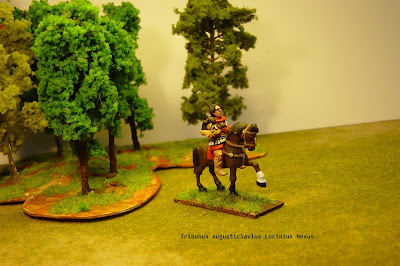 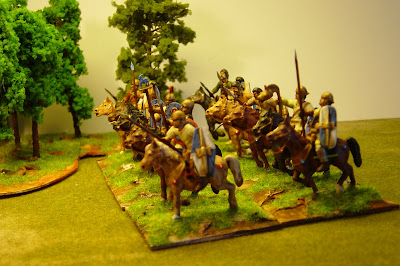 Aventine is not a company I have bought from before but I like the sculpts and so I thought I'd buy some of their new Republican Roman officers as well as some horses, that they sell separately - more on those later. I'd like to recommend these as beautiful figures.

The top picture shows the three together and they cost £10.

The second picture shows the army’s second in command - Legatus Tiberius Cornelius and he is also the commanding officer of the VII legion.

The next senior officer is Praefectus Equitum Decimus Balbus, who commands the cavalry and he shows his Spanish roots by virtue of the falcata he is carrying. I’m sure I can remember from Colleen McCulloch’s books that the Balbus family were Caesar’s bankers and that they originated in Gades (Cadiz). Perhaps a debt is being paid off here.

The third officer is the most junior and he is Tribunus augusticlavius Lucinius Nexus. He commands the two cohorts of recruited veterans as well as the light infantry.

Lastly, there is another unit of Wargames Factory’s Celtic/Gallic cavalry. I’ve reviewed these before and was less than thrilled by them then. I still find it very hard to give them a decent paint job and I’m using them because they were cheap, which, in my book, is as good a reason as any. Now the odd thing about Wargames Factory’s packaging is that you will have a lot of surplus riders left over when you have used a box that contains 12 complete figures. And, even though they sell separate horses, that will not solve the problem as they don’t sell separate saddles. So, in the spirit of using everything I have bought, I looked around for someone who would sell separate ancients horses with saddles on them. Bingo – Aventine! At £5 for three horses they are not cheap (and indeed you could buy another box of complete Wargames Factory cavalry for the price of the 12 horses I bought) but at least I have the satisfaction (minor thought it is) of having used up all or most of the bits I have previously bought. Needless to say I’m not entirely convinced of the logic of this but you will see the results soon. Plastic figures on metal horses.
Posted by Painted Soldier at 15:53 No comments: