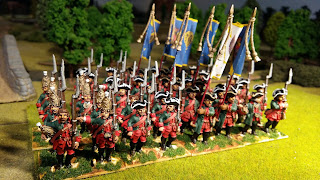 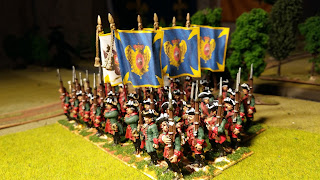 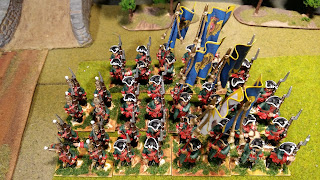 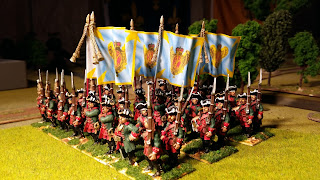 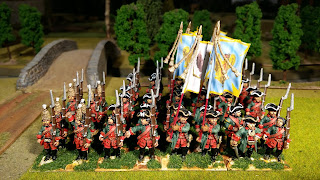 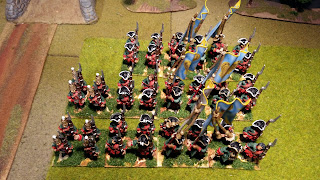 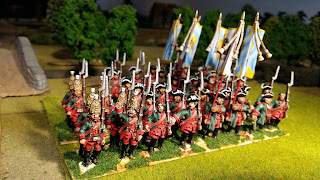 Number two done. Organisation as before.
Posted by Painted Soldier at 16:37 No comments: 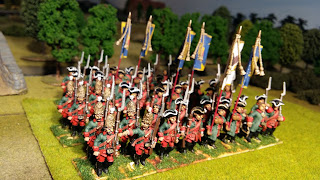 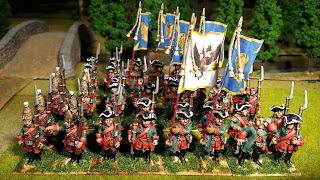 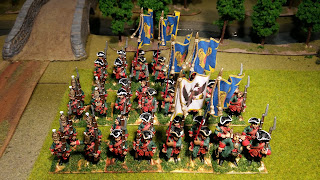 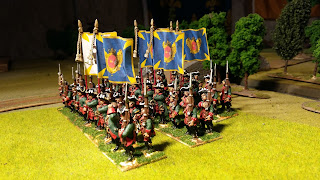 Now I am starting on a big project to paint Russian infantry in 28mm. Here is the first of the regiments and the basing is unusual as it will allow both the early-war 3 battallion per Regiment organisation as well as the later-war 2 battalion per Regiment. The two battalion organisation (with two Grenadier companies, sometimes detached and sometimes not) is by far the more common but at the battle of Gross-Jagersdorff (1757) the old 3 battalion organisation shows up in OOBs. By just removing the third flag base one can create stronger two battalions for the later war period.

There will be 18 Regiments of foot (as above), as well as Grenadier Regiments and the Observation Corps, somewhere around 70-80 battalions!

Figures are mostly from the fantastic Foundry range although, for variety, there will be the occasional Front Rank or Crusader officer thrown in.

I think the Regiment looks rather impressive and I have enjoyed painting it but will I still be saying the same thing in 18 weeks time?
Posted by Painted Soldier at 16:09 1 comment:

Do you recognize this sculptor? 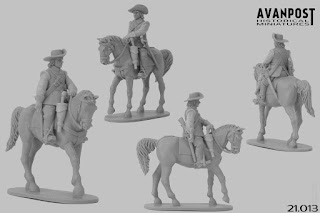 I took this picture off Facebook and it is a 25/28mm ECW/European dragoon in resin I think. The figure is one of the best I have ever seen - in particular the size of the man in proportion to the horse.
I wrote to the sculptor (who is, I think, Russian) asking if I could buy one or some but sadly I received no reply.

If anyone has a contact email address for the sculptor, I would be grateful.

Soon I am putting many Ancients on eBay and posting here 18 week's worth of SYW Russian infantry.
Posted by Painted Soldier at 13:20 3 comments: