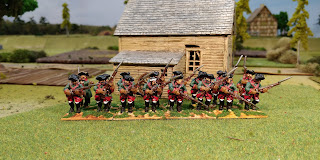 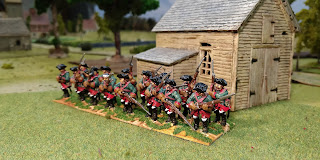 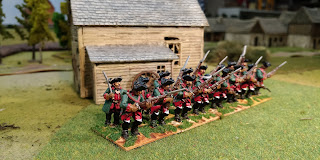 There was a small regiment of Jaegers raised in 1761, presumably because they had a problem dealing with those pesky Prussian Frei Korps. Figures by Foundry.
Posted by Painted Soldier at 13:34 No comments: 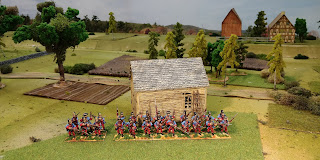 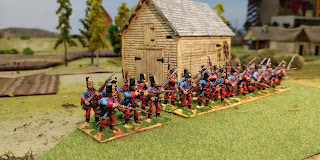 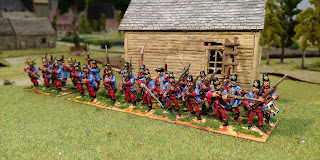 Here in the light blue coat.

Posted by Painted Soldier at 13:26 No comments: 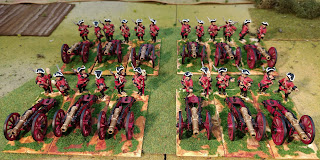 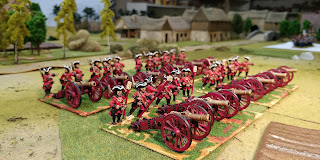 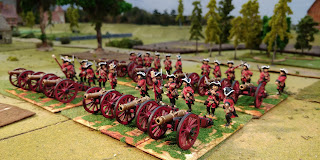 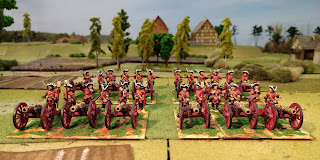 Here are the first batteries of the enormous Russian artillery train. Four batteries of 12pdrs, each battery 6 guns/3 models. The crew are from Foundry and the guns are from the extensive range from Fife & Drum. Jim Purky has done a brilliant job on modelling the large number of Russian guns for this period.

Posted by Painted Soldier at 14:05 No comments: 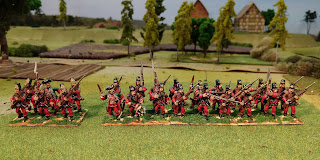 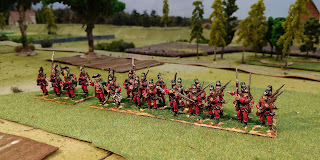 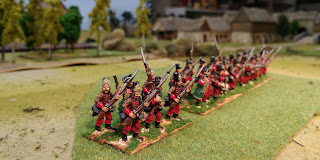 Here in the brown coat.

Posted by Painted Soldier at 13:58 No comments: 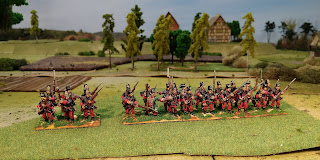 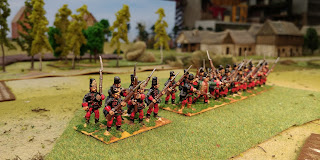 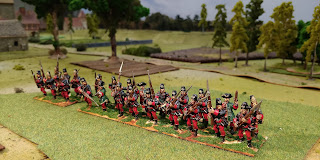 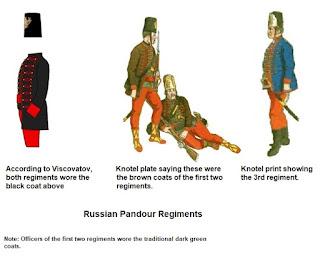 I have not posted much recently as I have had a long haul through Russian SYW artillery and have now finished them – 16 batteries in all. I will be posting pictures over the next few months, as and when I get them based.

Meanwhile on to Russian light infantry. There were 3 Pandour regiments and one Jaeger. Dealing with the Pandours, uniform details are sketchy but Viscovatov says they wore black coats but Kronoskaf, while agreeing with that, shows a Knotel plate with brown coats and also illustrates the 3rd in light blue. So I will do all three and put them in all three of the different coat colours without any particular evidence as to which wore what.

Here is the first regiment with it's grenadier company as well (on the left of the pictures). There are only two small differences for the grenadiers – a slightly different, and much larger, hat plate and a waist box. Figures are from Foundry and these are a first for me – the first time I have painted an 18th century unit in sombre black. I also think that these are the best grenzer type figures available in 28mm. You could use them for the Austrians too if you removed the cap badge.

Read more about them here:
http://vial.jean.free.fr/new_npi/archives/archiv.htm


Posted by Painted Soldier at 13:52 No comments: