A glitter of Prussian generals 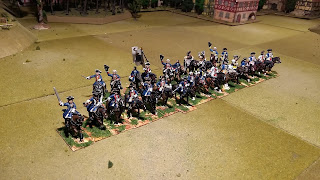 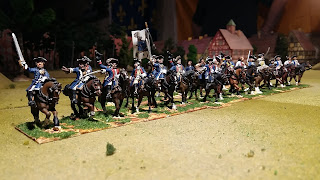 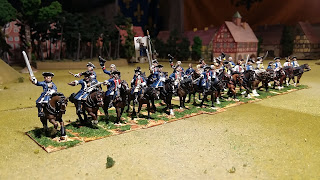 28mm Prussian generals - 5 double-base Lieutenant Generals, three for infantry and two for cavalry.
All the singe chaps at the front are Major-Generals. Figures are from Foundry, Perry (AWI Hessians), Front Rank and Black Hussar. The latter are slightly smaller but just work.
Posted by Painted Soldier at 14:58 1 comment: 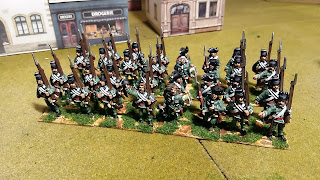 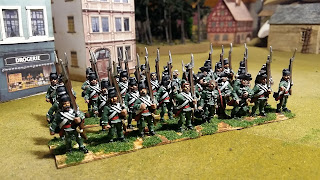 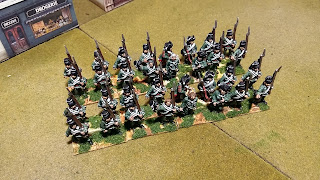 Here are two 16 figure battalions of the Green Croats. Kleist raised a large Corps which grew and grew throughout the SYW and which, by the end of the war, included three ten-squadron regiments of cavalry as well as infantry, jaegers and artillery. I am also trying to find out more details on the flags they were allowed to carry.

Foundry does figures to cover the entire Kleist range although I don't know why they don't have a skirmishing figure. I don't think the sculptor was Copplestone but I'm unsure who designed the range.
Posted by Painted Soldier at 16:44 No comments: