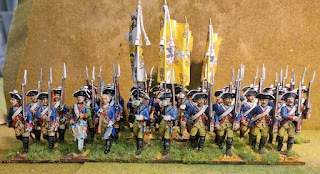 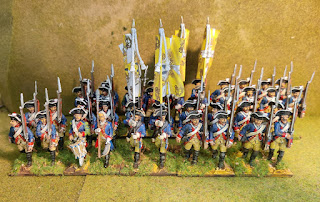 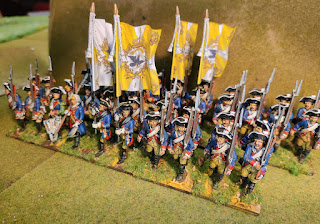 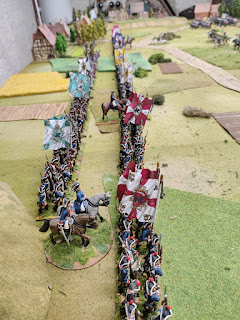 This is the last of the units made up from Trident figures although the command figures are from Front Rank (now owned by Gripping Beast). These are the left-over figures from when I reduced the rest of the battalions from 24 to 20 figures. You have seen all these re-worked battalions recently. I have the figures for a new regiment using Day of Battle printed figures. But the US dollar is so strong that its actually cheaper for me to buy Front Rank in sterling. Trident in New Zealand is too expensive both for figures themselves as well as postage. So the 4 battalions of grenadiers will probably be from Front Rank.

I still plan to get the remaining Prussian cavalry (the Austrian cavalry is finished) from Day of Battle.

These pretty flags are from Dave Morfitt of course.

Posted by Painted Soldier at 08:38 No comments: 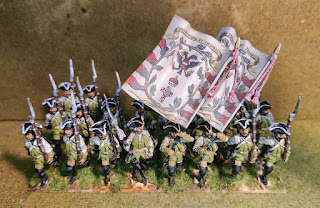 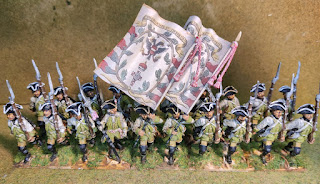 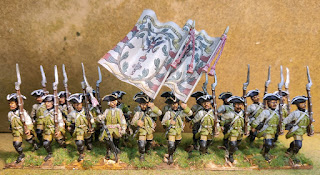 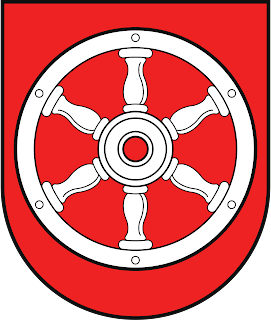 Firstly let me thank Old Glory USA for sending me these free figures. They were very kind to do this and I'd like to point out that almost the entire Austrian army in my 40mm collection is from Sash & Saber, made by Old Glory.

There will be grenadiers in this army but this is the last fusilier battalion and I have chosen both an interesting facing colour as well as flags. This regiment was of three battalions although I just have the second battalion. The flag is unknown but I am using one that probably was used by the Archbishop-Elector of Mainz (who was the Primate of Germany) although quite when is unknown. The state symbol, as illustrated, is visible on the flags. It's a flag I like and have always wanted to employ so here it is even though there is no evidence of its use in this period. I have also no idea about cockade colour or sash colour so I have speculated with red/white.

The top picture shows the battalion deployed in 4 ranks (up to the battle of Kolin) and the bottom two show the battalion in 3 ranks, like the Prussians. The basing system allows the flexibility to do either.

Posted by Painted Soldier at 10:22 No comments: 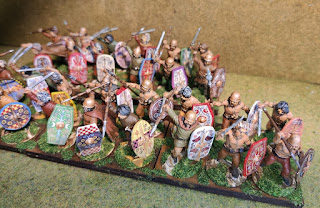 Here is the start of a stream of warriors using bases from Charlie Foxtrot, figures from Victrix and transfers from LBMS.

Posted by Painted Soldier at 13:33 No comments: 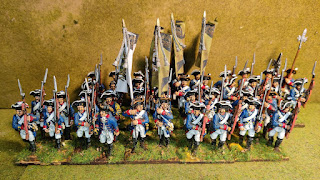 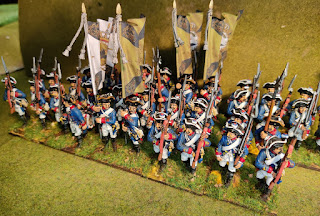 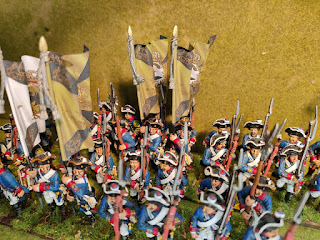 This is the last of this current batch of re-worked Prussian Infantry. Note that this regiment was not painted by me but I did spend a great deal of time bringing it up to standard. Next will be two new regiments IR16 and IR42.

Posted by Painted Soldier at 09:52 No comments: 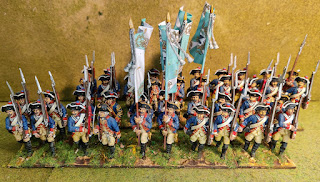 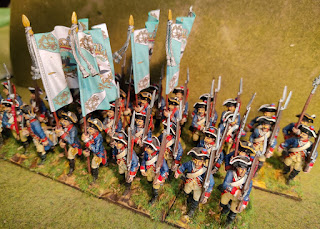 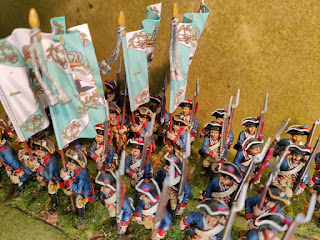 Following on from my post yesterday this is another of my reworked regiments.


Posted by Painted Soldier at 09:40 No comments: 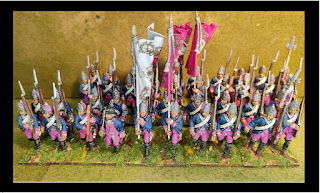 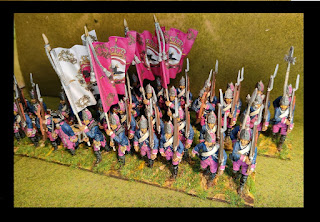 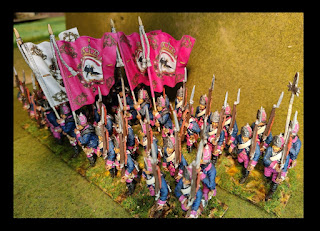 This regiment is one of the most recognisable in the Prussian army due to its striking pink facings. Dave Morfitt's flags are a very strong pink, almost a Fuschia. Interestingly, I saw a program on UK television recently that said that prior to the 20th century the colour for little girls was pale blue while the colour for little boys was pink. For some unknown reason this seems to have been reversed in late Victorian or early Edwardian times. So in the 18th century pink was seen as a strong masculine colour. Does anybody have an explanation for the reversal in colours for children?

Posted by Painted Soldier at 10:16 No comments: 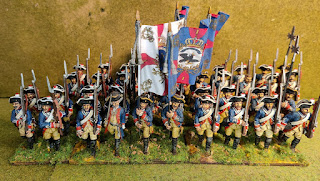 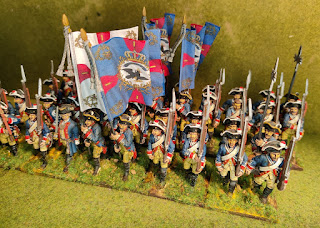 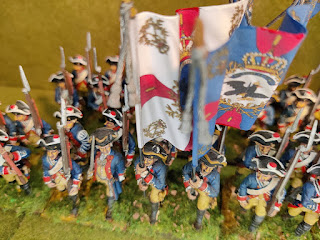 Following on from my post yesterday this is another reworked regiment.

Posted by Painted Soldier at 10:27 No comments: