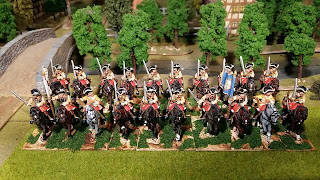 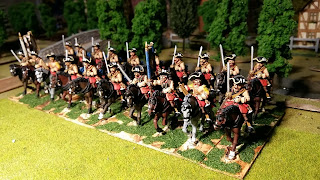 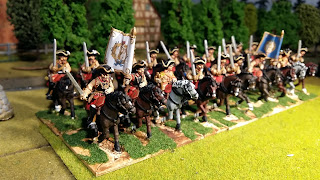 Here is the first of the Russian Cuirassier Regiments. This is what Kronoskaf says:

The regiment counted 5 squadrons (10 companies for a total of about 800 men) and was stationed in Estonia and Livonia. Because of recruitment difficulties, it usually fielded only 4 squadrons while the fifth served as a reserve and for replenishing the ranks of the other squadrons. Each company consisted of 4 officers, 5 NCOs, 2 musicians and 69 troopers."

Figures are Foundry, as most have been recently. Similar problems with the horses though!
Posted by Painted Soldier at 15:12 1 comment: 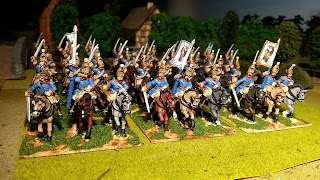 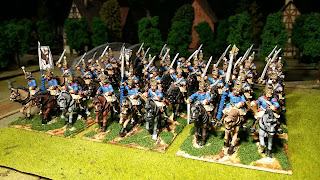 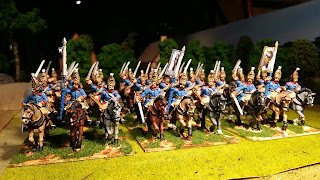 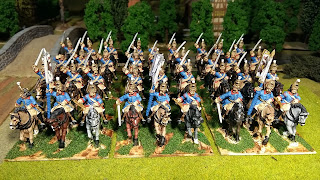 Here are three more Horse Grenadier Regiments making a total of 5 done. They are St.Petersburgski, Rizhskiy and Ryazansky. Foundry figures and not bad either although the horses need a lot of work as the moulds are getting old. Next week you will start seeing Cuirassiers.
Posted by Painted Soldier at 15:34 1 comment: 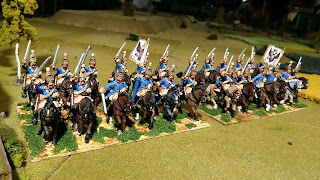 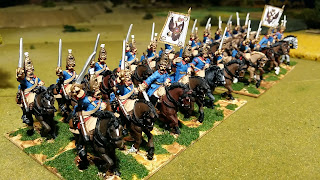 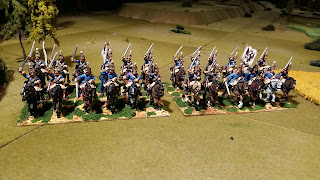 My last post showed Horse Grenadiers as elite companies in Dragoon Regiments. Here are two 'proper' Horse Grenadier Regiments (the first of 5 planned). Kargopolski on the left and Narvski on the right. They are both identical (except for horse colours) and show the fawn coloured shabraques that distinguish them from the pale-blue shabraques of the Dragoons.

There is a lot of Russian cavalry planned - enough to keep me going until the summer.
Posted by Painted Soldier at 16:33 2 comments: 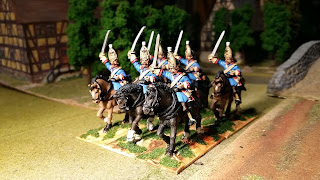 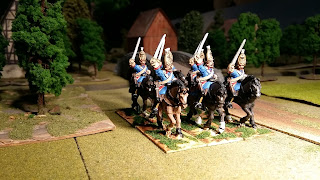 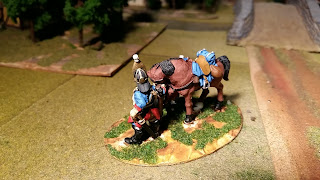 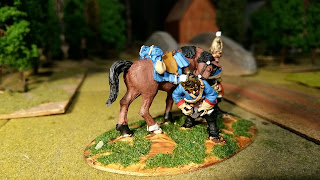 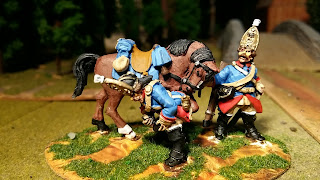 The lower three pictures are of a very nice vignette showing a Horse Grenadier removing a dodgy shoe from his mount.

I am now painting five Horse Grenadier regiments which you will see over the next few weeks. All five campaigned in the SYW.
Posted by Painted Soldier at 15:08 2 comments: