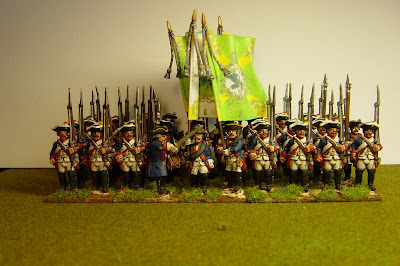 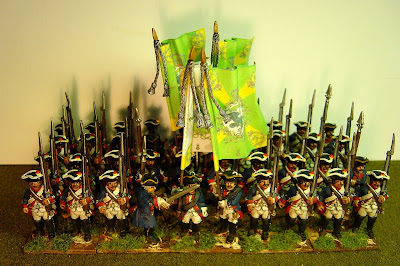 Another fine Prussian SYW regiment - in this case No.25 von Kalckstein. Figures are Foundry, Crusader and Front Rank.

The pictures are a little dark and I must apologise for that. When I put them through my normal process of lightening and sharpening (a rather dodgy and old piece of software that I continue to use because I know how it works!) it really hated the apple green and yellow colours in the flags and it threw a 'wobbly' which I was able to 'undo' fortunately. Oh, what would we do without an 'undo' button on our computers! Pitty there isn't one for mistakes made in our lives.
Posted by Painted Soldier at 17:18 1 comment: 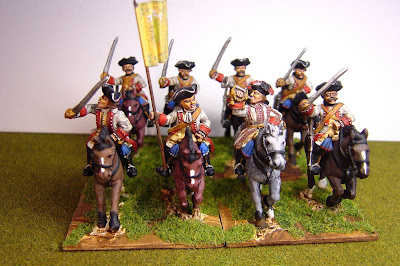 This is Beauvilliers regiment of cavalry from the SYW. The figures are all by Front Rank.
Provincial and noble regiments present a problem when it comes to knowing the colour scheme for musicians. If they had been Royal regiments then one would use the blue and red commonly- seen dress. These regimental musicians were dressed entirely at the whim of their colonel-proprietors and, in this case, I have used the regimental lace (Isabella - a coffee brown - and red chains) to cover a coat coloured as for the rest of the regiment. It might be right but it probably is wrong - but, hey, nobody really knows.
Posted by Painted Soldier at 17:02 No comments: 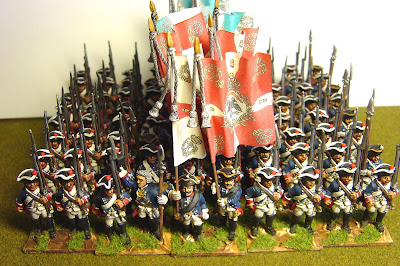 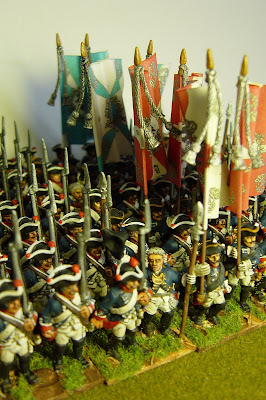 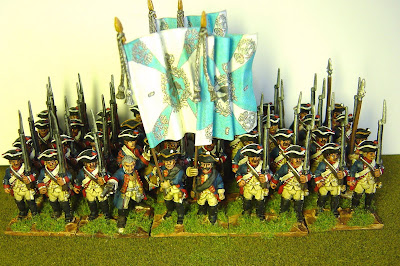 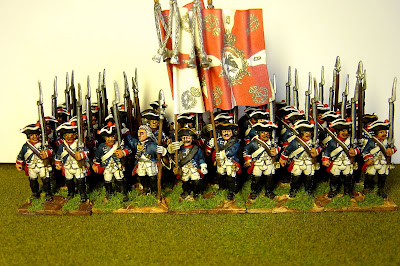 Brigaded together are my two favourite Prussian infantry regiments - numbers 11 and 12 (11 has the red flags). A total of four battalions, each battalion has twenty figures in it. This post shows a mixture of figures from 3 manufacturers - Foundry, Front Rank and Crusader.
In my view, they reflect the fact that people come in different sizes too. The most noticeable difference, in the top picture for example, is with the standard bearers - on the left is a shorter, stockier Front Rank figure and on the right, the somewhat taller Crusader colleague.

Still, I think they work well together and being able to mix figures from all three sources gives you greater variety.
Posted by Painted Soldier at 17:22 4 comments:

4th Squadron of the 4th Hussars 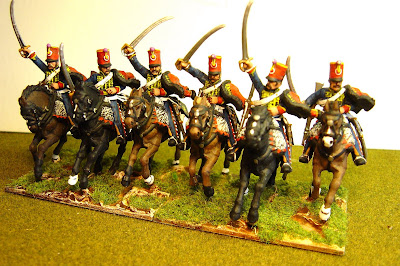 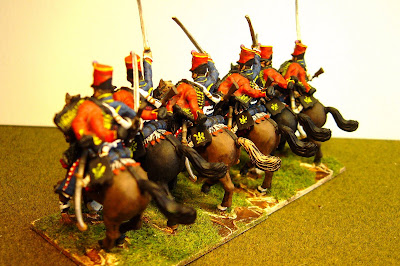 Perry Hussars painted as the 4th (French) Hussars around 1812-15. My stamina must be flagging because I find myself only able to paint these squadron (6 figures) by squadron.
They are lovely figures but fiddly.

With summer in full flow I have less time to paint these days - come, sweet winter!
Posted by Painted Soldier at 09:59 2 comments: 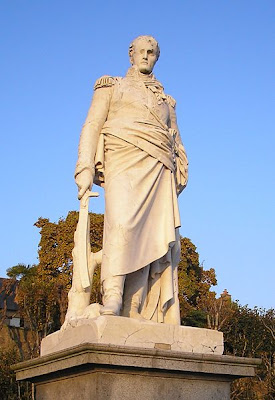 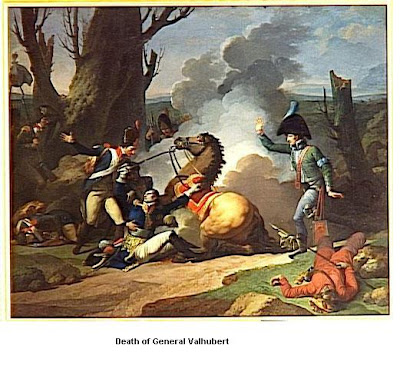 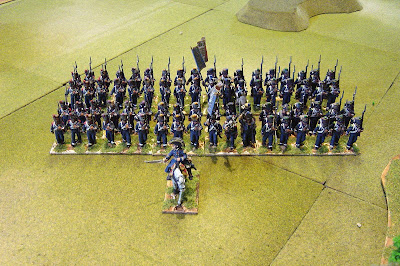 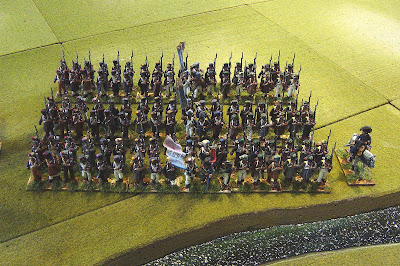 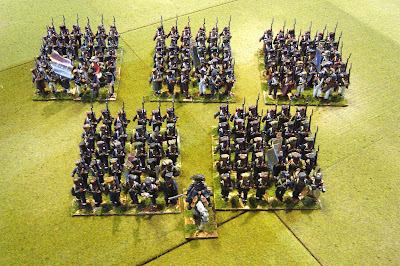 Phase one of this Napoleonics project is the initial French force consisting of a Division of infantry. Each battalion is 36 figs plus a further six duplicated voltigeur company, which is exactly the contents of a Perry box of plastics. These are pretty much done and I’ll be showing them over the next few weeks. Also to be done in Phase one are Generals, one battery of artillery and 4 squadrons of hussars.

Phase two will be a similar sized Prussian force and as I progress I’ll add additional divisions with the aim of using as many plastics as I can and as many figures designed by the Perrys.

Pictured above is the first brigade of the Division (GD Foy’s) and it is commanded by General de Brigade Valhubert who was killed at the battle of Austerlitz. But I have resurrected him because I used to leave near the Normandy town of Avranches, where he was born and where there is a splendid statue of him erected by King Charles X in 1832.

He commands two battalions, the first and second, of the 6th Legere. I extracted most of the figures without greatcoats from 10 Perry boxes to give these chaps a more regular appearance.

He also commands three battalions of the 30th Ligne making his command a total of five battalions or 210 figures.