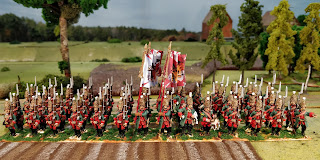 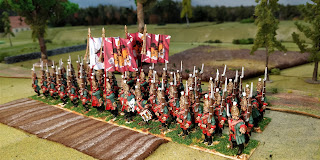 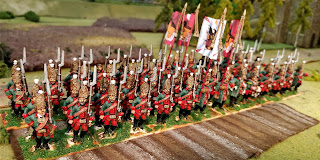 The second of these extra-large regiments.
Posted by Painted Soldier at 15:18 1 comment: 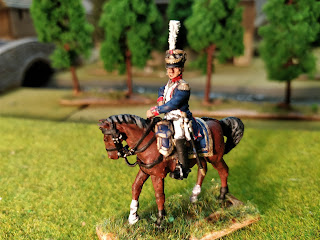 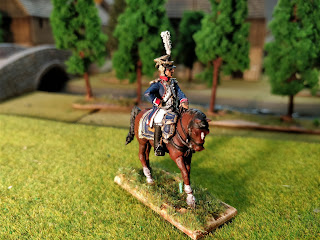 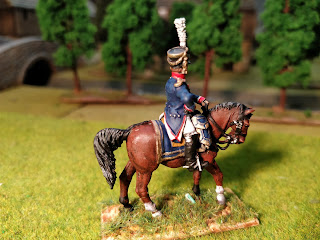 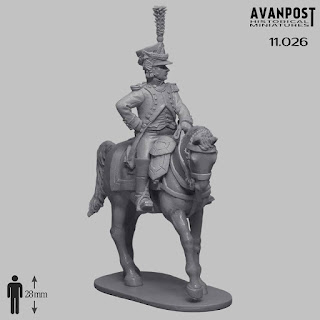 This is the best 28mm Napoleonic figures I have ever seen.

I have been war-gaming for almost 45 years and have purchased Napoleonic figures to paint and game with over that period – from the early 25mm Minifigs to the Perrys brothers and Victrix, not to mention another dozen or so companies. But the best figures I have ever seen have just landed on my desk. They are from a new Russian company called Avanpost. If you go back to a post a made here on August 7th 2017 you will see that I spotted a mounted figure on Facebook and wanted to find out who had made it. A kind reader pointed me in the right direction and I made a small order which has now arrived.

First, I bought resin figures to see how sturdy they might be and whether resin could carry fine detail. Because resin is light it make post quite cheap but the owner of the company, Oleg Derbasov (who writes good English) says that all resin models will also be available in metal for those that prefer metals. As to resin holding detail, the detailing is quite fantastic. A single foot figure came with a sprue of extra parts that will need glueing – backpack, two arms (one with musket). The mounted French officer sits on a beautiful horse (surely the best I have ever seen) and with two separate arms it means that the arm holding the reins actually holds the reins. These are miles better than any plastic figures I have seen and indeed, in my opinion, are even better than the fantastic Perry sculpts.

You may think this has me quite excited and you might be right. Oleg has currently French infantry in shakos and bicornes of the pre-Bardin uniform as well as Russians. The French are all in pristine full dress which is what I like too.

You can contact Oleg at avanpost.miniatures@gmail.com
The figures are also well priced – the resin foot are 1.70 euros each. Ask him for a full listing as he also does figures for the mid 17th century.

I wish him well for this business. War-gaming truly is in a golden period. 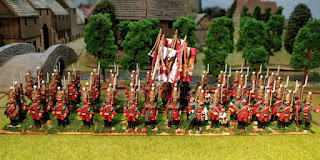 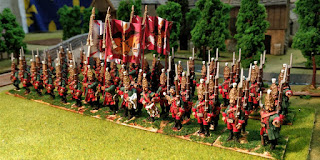 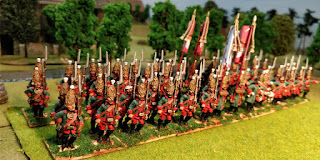 Back to Russian infantry, this is the first of the four Grenadier regiments. Figures are from Foundry except for one Front Rank officer.