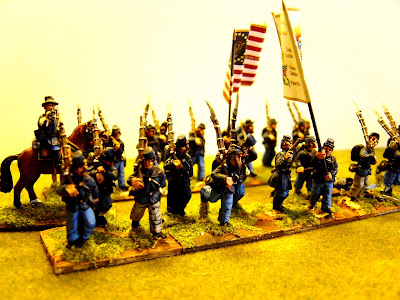 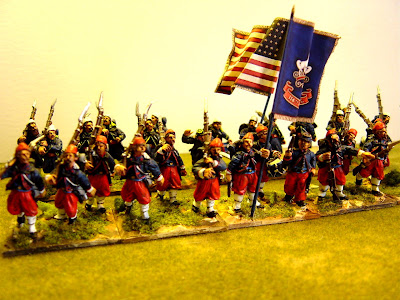 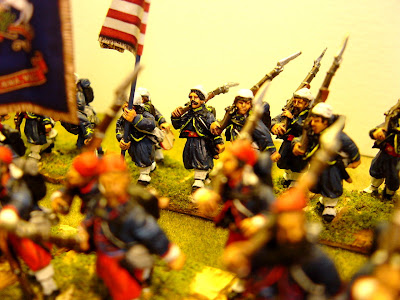 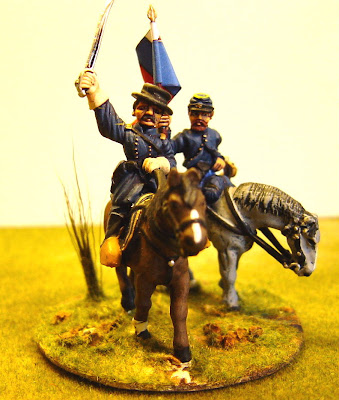 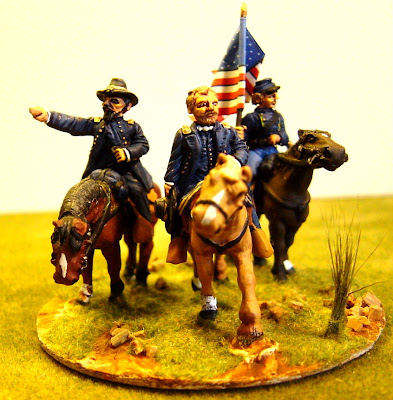 All the figures are Sash & Saber.

The last two pictures are of Dixon's figures and show B.General Barlow, the divisional commander (a base with two figures) and the Corps commander Major General Oliver Howard,
a base with three figures.

Eventually, this small army will consist of two divisions of 11th Corps with some attached cavalry and I'm hoping my friend Seb will paint up the Confederates. 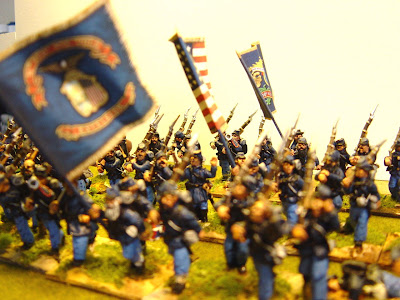 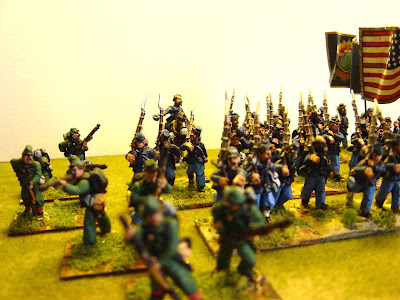 One of my background projects has been the American Civil War. I'm somewhat limited in source material so I've created a fictional order-of-battle for the Union 11th Corps.
The first Division (Barlow's) is finished and the three pictures above are of one of the two brigades - namely Colonel Gilsa's.
This brigade contains:
36th New York (6 bases of 3 figures)
88th New York (7 bases of 3 figures)
10th Massachusetts (5 bases of 3 figures)
Companies C and D of the 2nd Sharpshooters (8 figures)

I am planning to use computer rules so the basing system is mine. Each base is 1.5 inches x 1.25 inches. The figure scale is 1:33. Lastly, I know that some of the regimental numbers I have chosen might not have existed but such, in my view, is artistic licence. All the figures are, by the way, Sash & Saber, and are to be highly recommended.
Posted by Painted Soldier at 13:28 No comments: 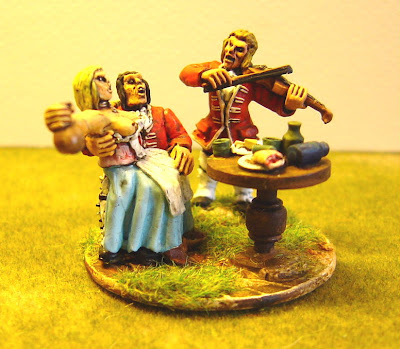 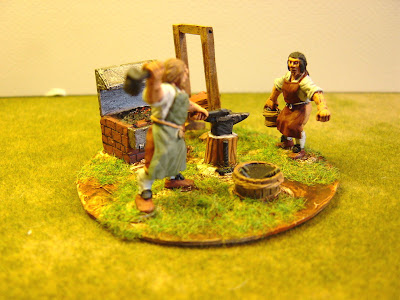 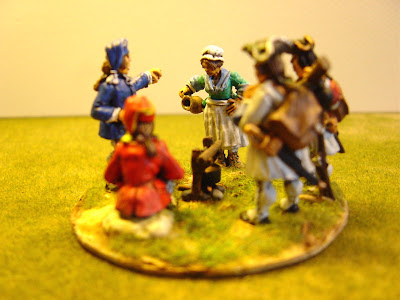 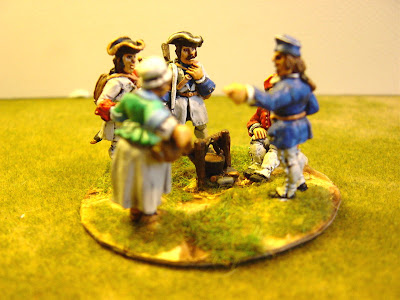 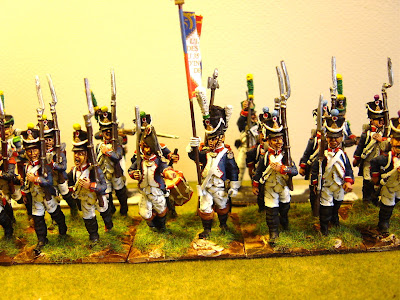 I'm collecting vignettes for my wargames villages. All the figures are 25mm Foundry and from the top:
1) an English soldier being entertained by the 'wife' of the inn-keeper while another soldier runs of a cheerful ditty on the fiddle. Trying to get her to look appealing was a bit of a painting trial but, like me, both soldiers are short-sighted.
2) the blacksmith hard at work.
3) two pictures of a French camp-sight. They are rather better behaved. 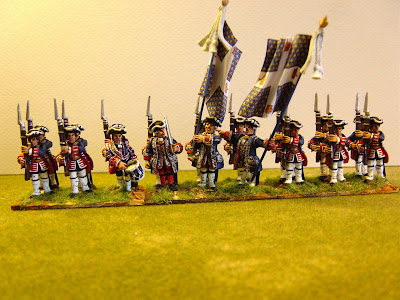 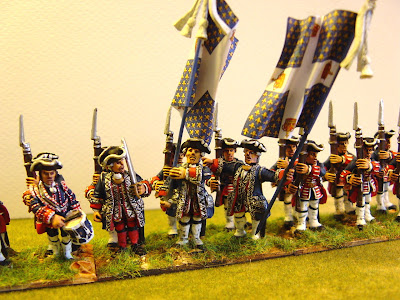 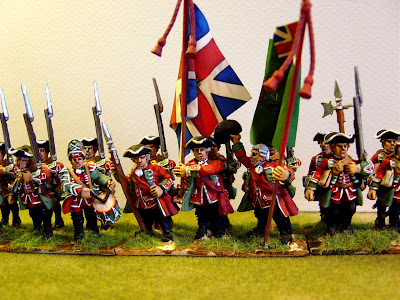 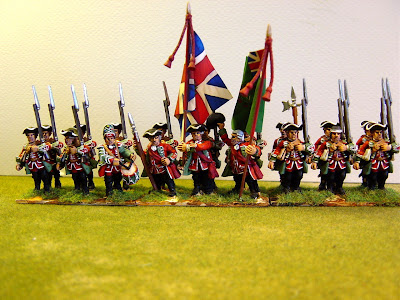 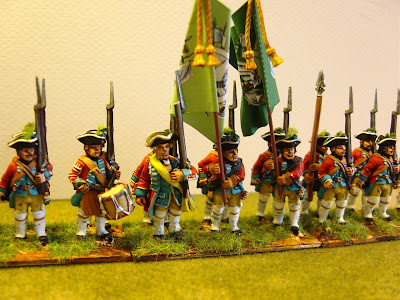 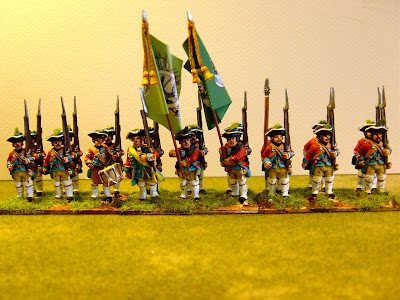 The last two pictures are of another Hanoverian regiment, this time 10A von Post with turquoise facings. These figures are Crusader with a Foundry officer added. Crusader figures are a great joy to paint but I may have said that before.
Posted by Painted Soldier at 15:13 4 comments: