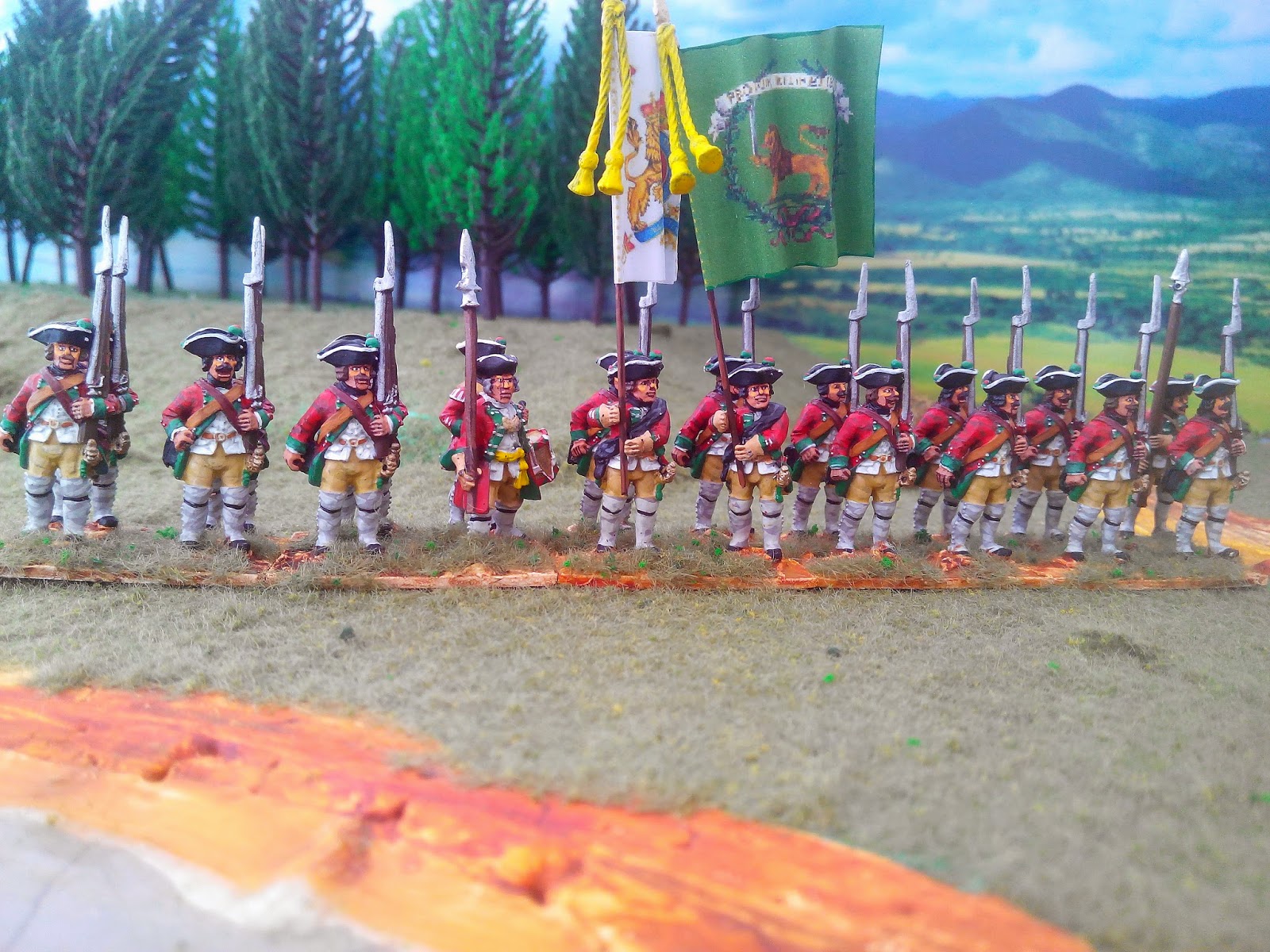 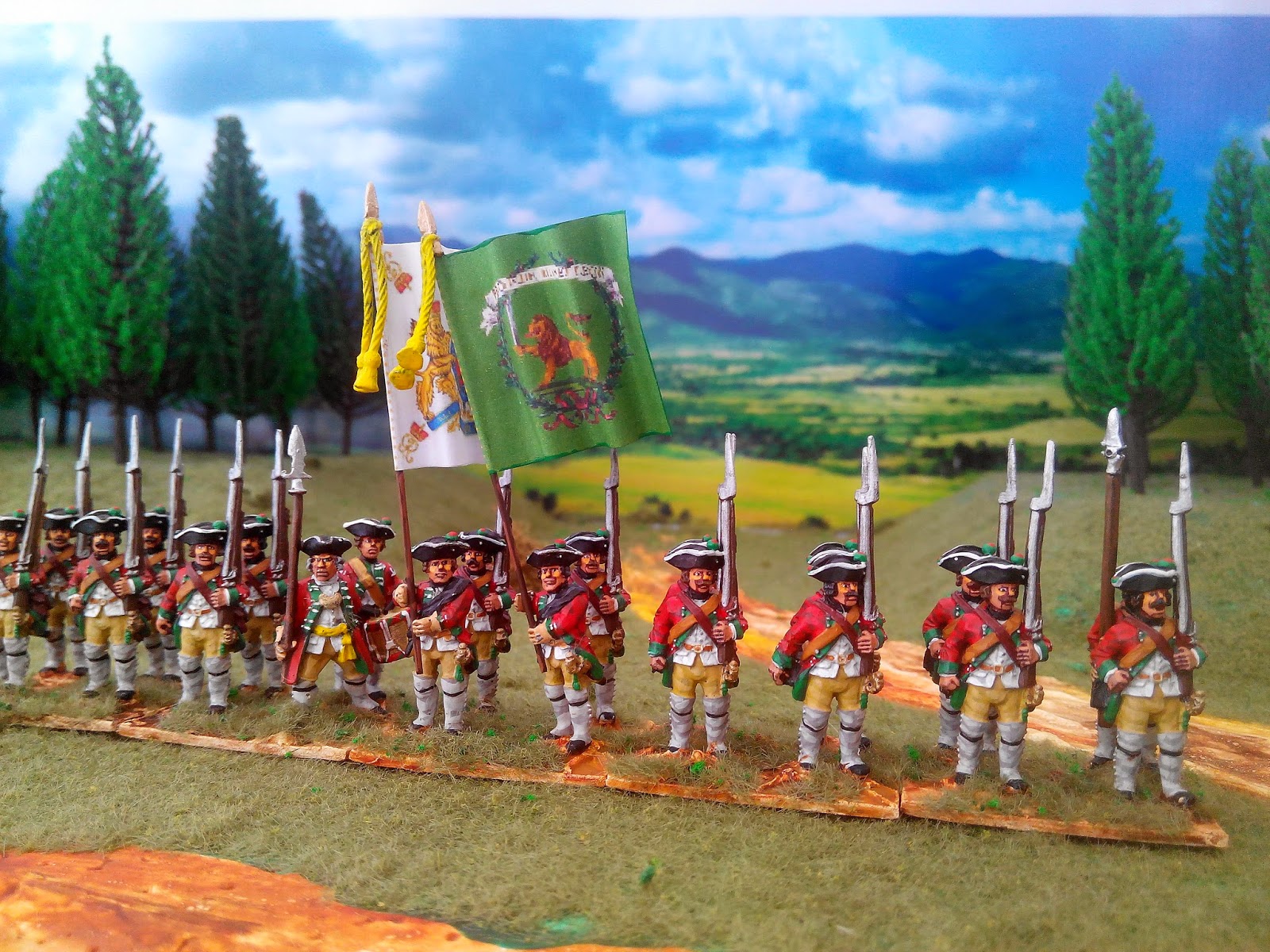 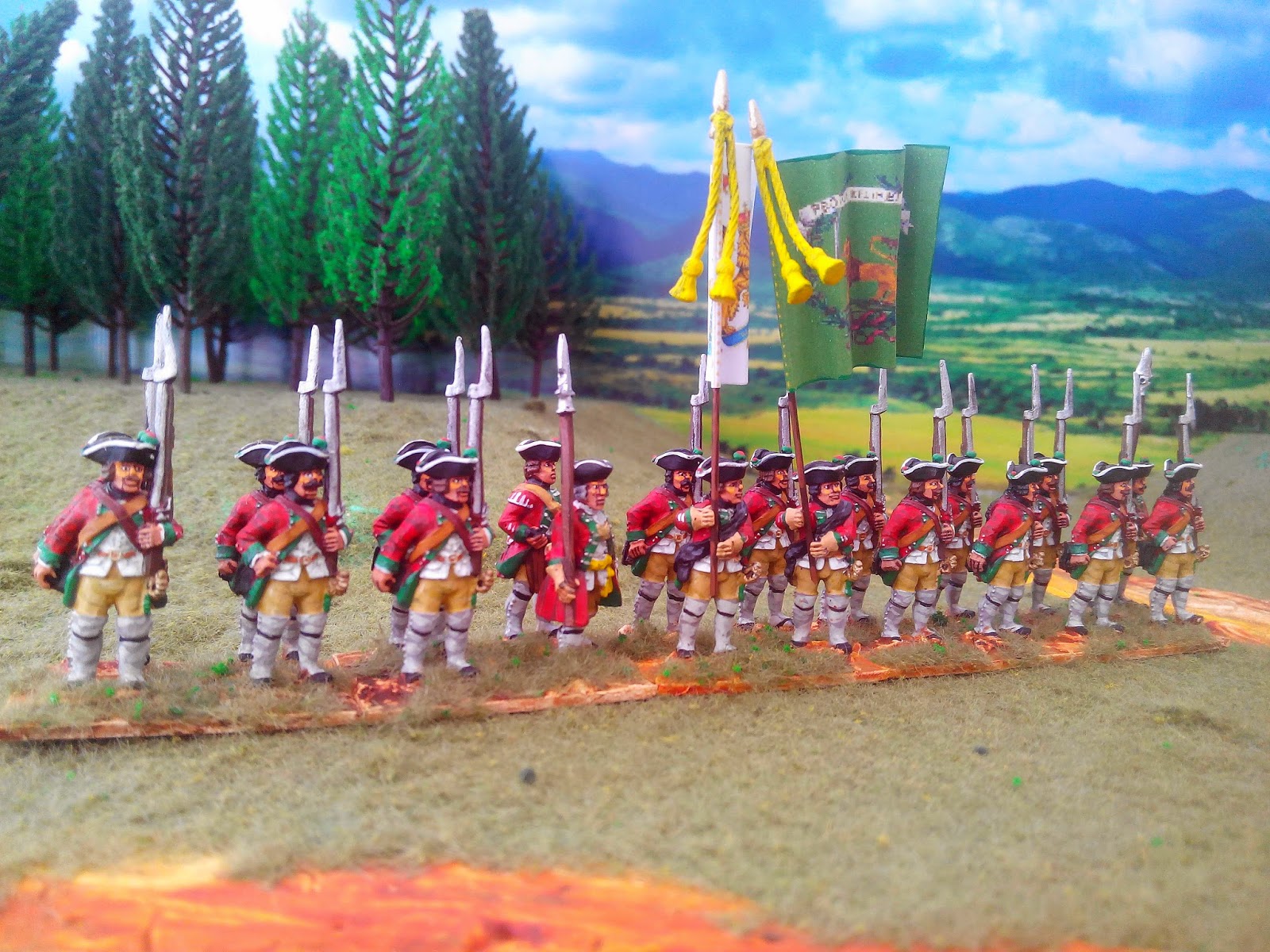 This is the third Hanoverian regiment of six new ones painted or about to be painted.

On January 25 1759, the regiment was fully integrated into the Hanoverian Army, keeping its name of "Regiment Sachsen-Gotha". This regiment consisted of one battalion and counted 798 men. At the beginning of the war, it fought alongside the Hanoverian infantry regiments. Later on, it was mainly used as an escort for the artillery and pontoon trains.

Originally the unit had smart white coats with green facings and, between 1751 and 1756, unknown flags.
Posted by Painted Soldier at 04:24