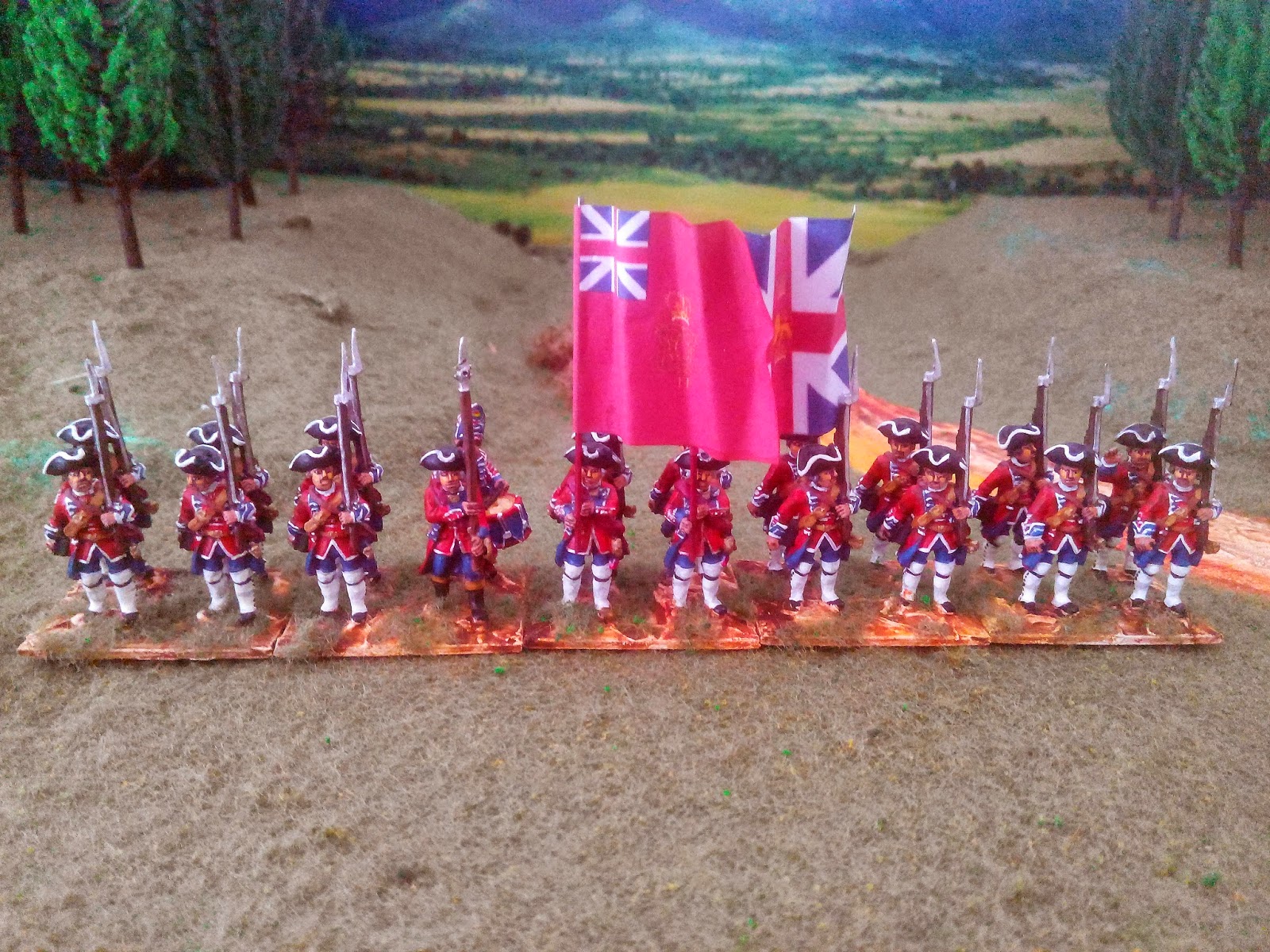 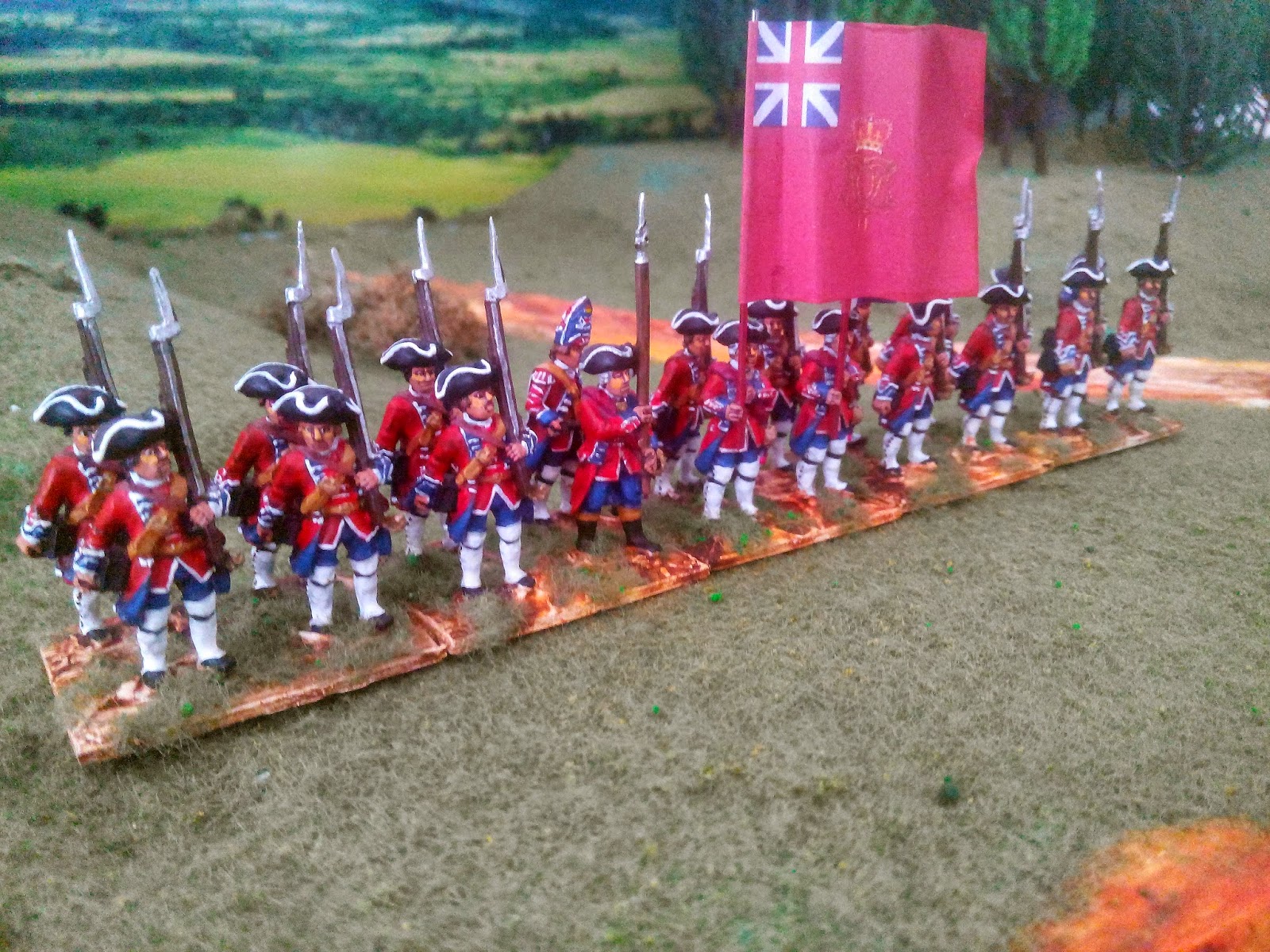 To counterbalance the recently-painted seven French battalions, here are some elite British reinforcements.
I have already shown you two Highland battalions, and here is the beginning of the British Guards. I was holding off picturing these as they are awaiting finials for the flags (these come from Front Rank in the UK)
but the backlog is now causing logistical problems (!!) so I'm going ahead with these posts. The figures are from Crusader and here is the link

In the Summer of 1760, the 2nd Battalion of the 1st Regiment of Foot Guards was sent to Germany to reinforce the Allied army of Ferdinand of Brunswick. On August 25, it arrived at Ferdinand's headquarters near Bühne in Germany. It was immediately integrated into Ferdinand's Reserve deployed along the Diemel and for the rest of the war was involved in every large engagement.

I have chosen the Lieutenant Colonel's colour (all scarlet) as the Leibstandarte.
Posted by Painted Soldier at 03:43