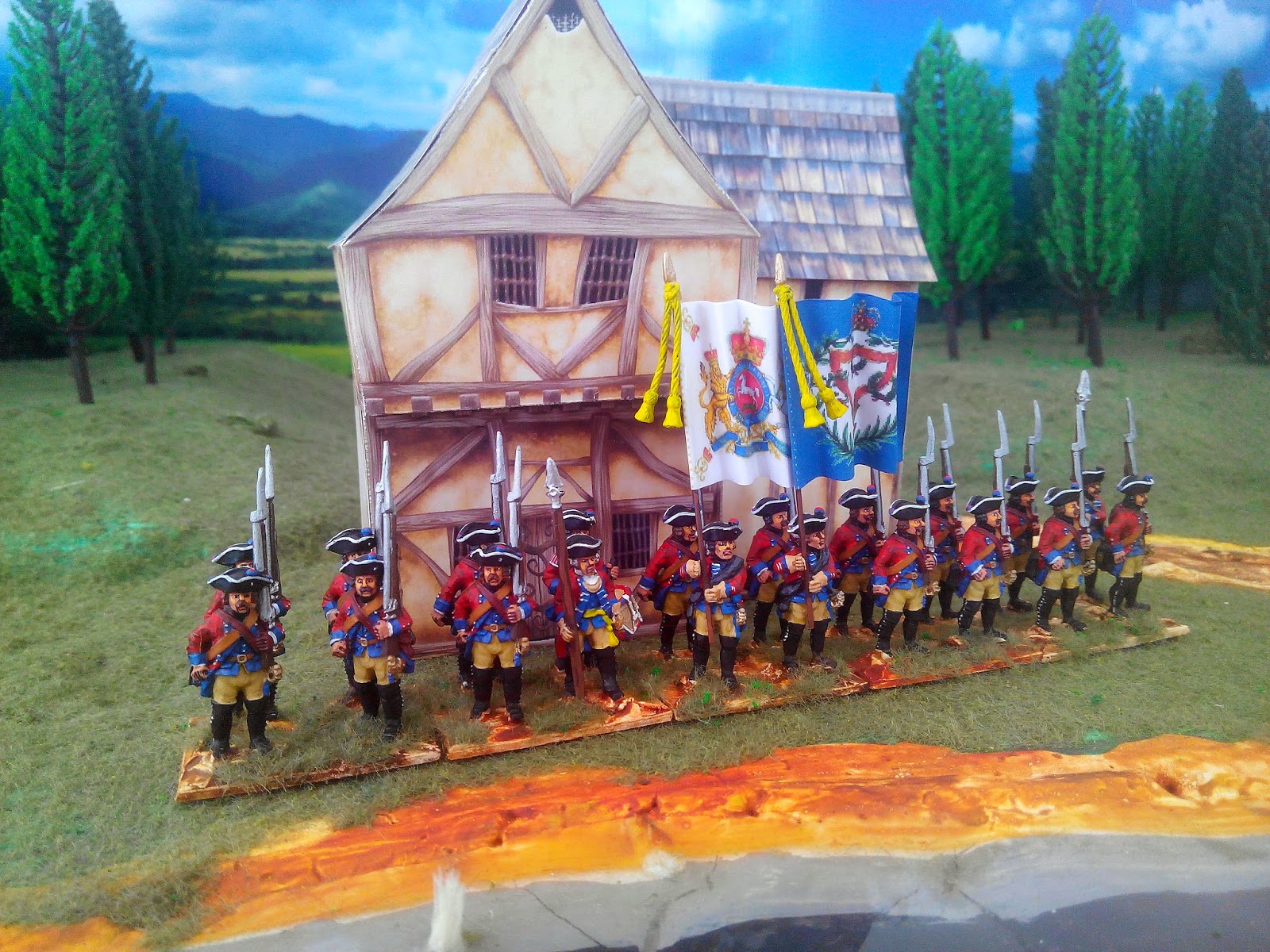 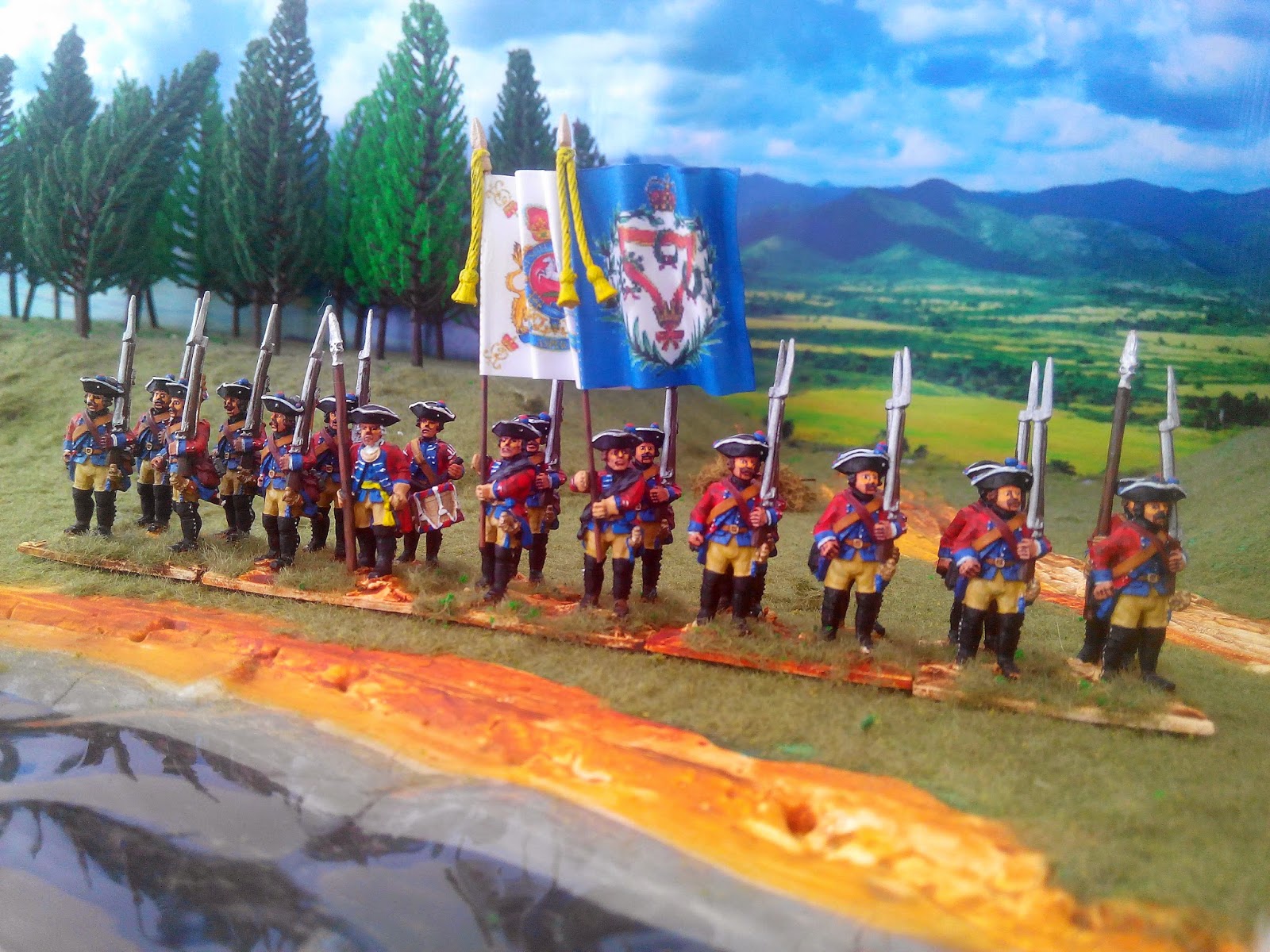 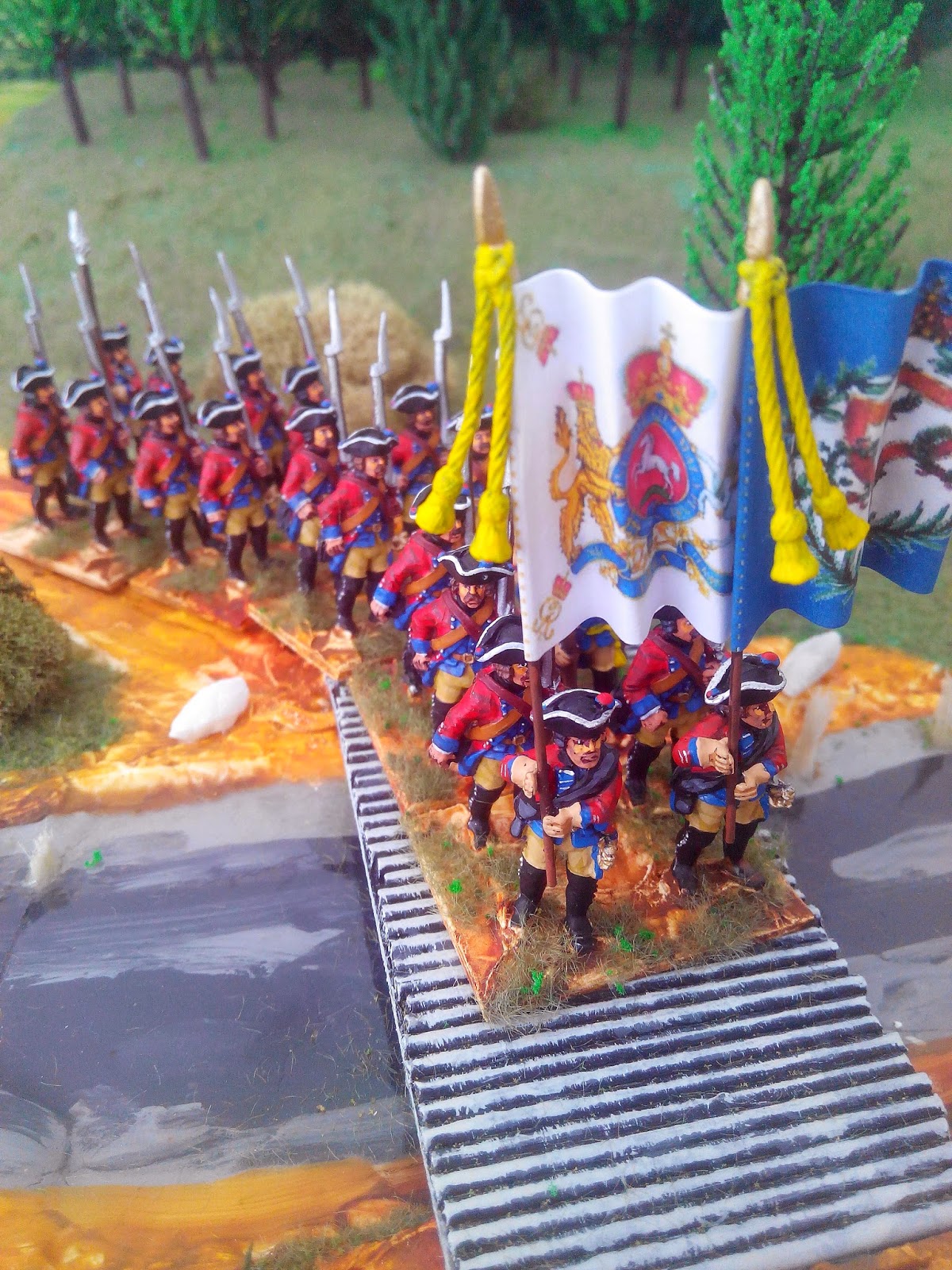 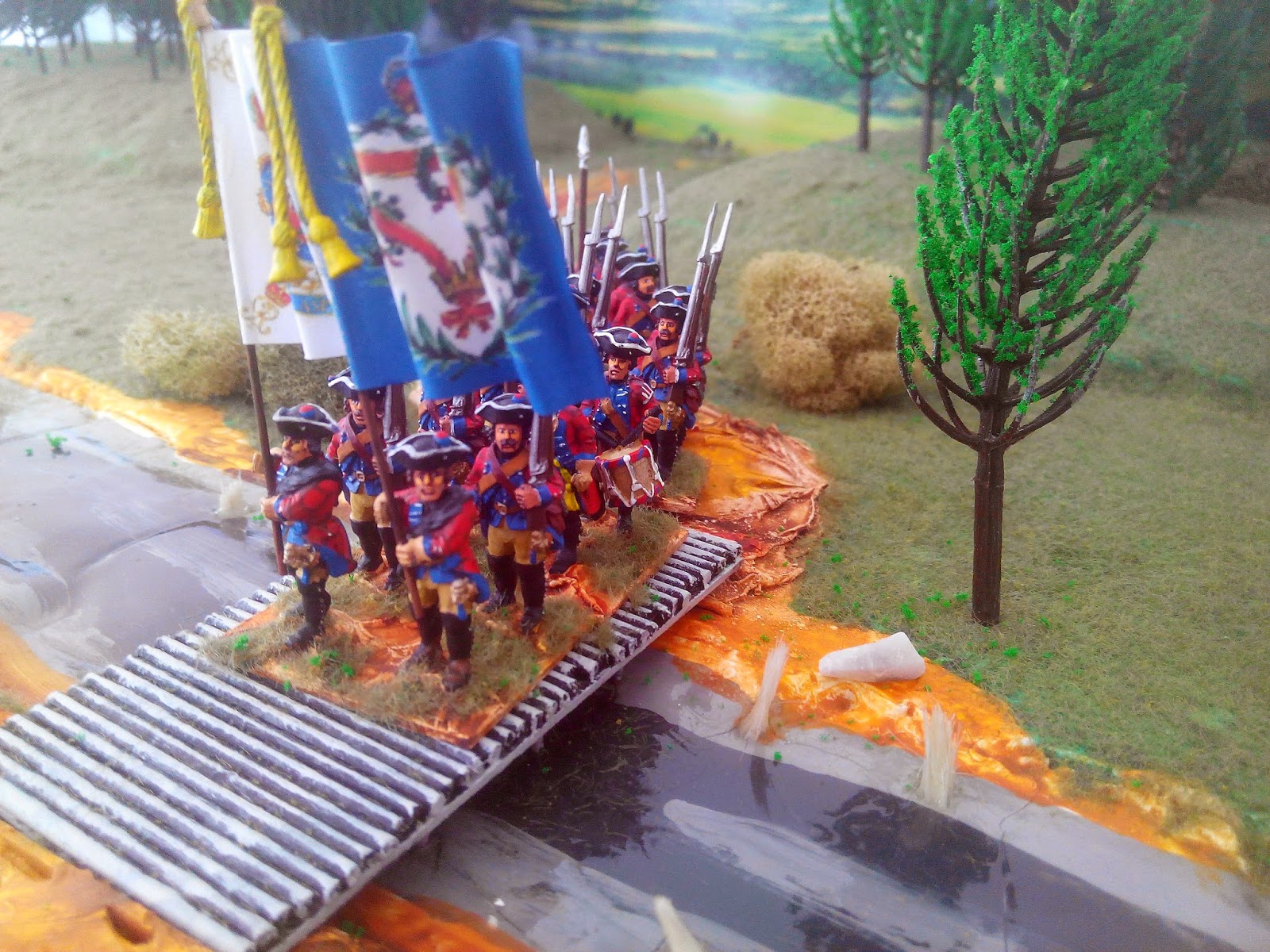 Onwards and upwards with these Hanoverian reinforcements!

The regiment was raised in 1745 from the 3rd battalion of Bourden Infantry. This battalion had originally been raised for Bourden in 1744. Bourden, himself, deserted to the French in 1745 and his regiment was split into three regiments: Graf Keilmannsegge (later 12A), Brunck (later 12B) and Hohorst (later 13A).

It was in the thick of it during the battle of Bergen!