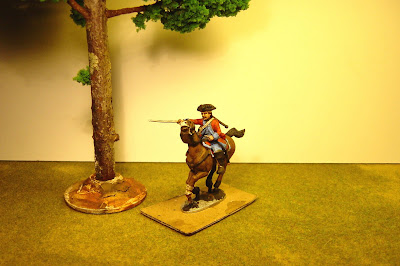 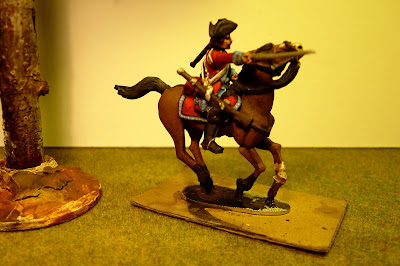 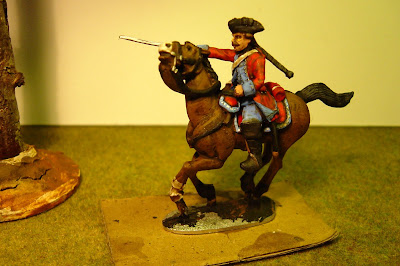 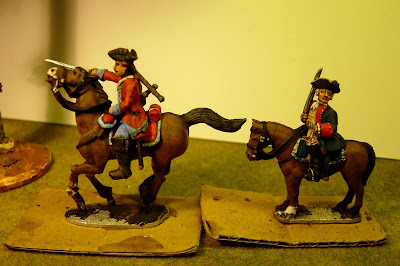 I don’t normally like to show un-based figures on my blog but this has to be an exception. It is a 40mm Austrian SYW Dragoon from Sash & Saber that Chris kindly sent me. He is painted up as a Jung-Modena Dragoon.

I’m still dithering as to whether to do Prussian and Austrian SYW armies in 40mm or 25mm and the key to the resolution of that question has to be the availability of cavalry in the bigger scale. The fact that dragoons, for both sides, are now available pushes me, ever so slightly, towards 40mm. But I just wish that Cuirassiers and Hussars were available.

I’ve fiddled around with making some larger trees too as you can see. These are made from twigs with ‘normal’ trees inserted in them. The last picture shows the 40mm next to a 25mm figure from Front Rank. The Jung-Modena Dragoon was finished off with Army Painter to give him that grimy campaign look.

Posted by Painted Soldier at 10:21