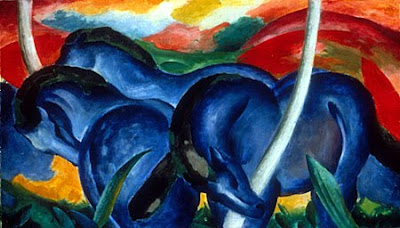 I was ruminating the other night on the subject of casualties of war, particularly horses and their general treatment by mankind. I remember reading an anecdote (Duffy I think) in which he said that Frederick used to hit his horse between the ears with his cane or riding crop. There is no doubt in my mind that Frederick was a cad but one of his (slightly) redeeming features was his love for his whippet Biche. Whippets are a small breed of dog, a miniature type of greyhound, and when the fortunate Biche was returned to him by the Austrian general Nadasdy, Frederick broke down.

Anybody who has ridden horses knows that they cannot be forced to do something if they don’t want to do it. I suppose that with rigorous training (which would included getting them used to loud noises) you could train a horse to obey most of your commands but you can never train a horse to total obedience, Lipizzaners included. I remember an incidence about fifteen years ago when I was out riding in the New Forest in England.

A group of us went out for a two hour trek (that is one hour and three quarters going out, and a quarter of an hour coming back – horses are always keen to get home!). We were returning home at full gallop and were all having fun when suddenly a large lake loomed up in front. It didn’t just loom up front, it occupied my entire frontal vision. Time suddenly slows in such circumstances because I can remember considering my options:

1) take control and try to steer the horse left and apply brakes or 2) trust the horse and hang on for dear life. Needless to say I chose option two and, like synchronized swimmers, all the horses made an almost 90 degree left turn, at full gallop, and missed disaster by a few yards. I remember hanging on the horse’s mane and thinking that that is what manes are for.

From this you will gather that I rather like horses despite their ability to be totally unpredictable. On my miniature battlefield I don’t mind having human casualty figures but I never have dead horses. Too close to the truth. This truth – horses throughout history have been used and abused by mankind and it is a horrible part of warfare I’d rather pretend did not happen.

I’m not a Buddhist but if I were, I’d like to come back as a horse on one condition (is one allowed to apply conditions?): that I live on some manicured farm in Virginia. Something along the lines of the marvellous farm that belonged or even still belongs to Senator John Warner. I was going to call him the ‘late’ John Warner but according to wiki he is still alive. One of the things about getting older is one’s preoccupation with ‘late’. I remember visiting that farm back in the days when he was married to a famous actress (when and why did that word ‘actress’ disappear to be replaced with the unisex word ‘actor’?) and meeting her. So I’d be that horse that carried that famous rump!

On the subject of farms in Virginia (or Maryland) I also recall a BBQ one Sunday on the farm of the late Bill Colby, who used to run one of the largest Intelligence Services. There I spent the day missing every clay pigeon sent in my direction and feeling very proud that I was a useless shot but that is another story.

Back to reality, my painting schedule has been rather heavy. There will be some more SYW French infantry on this blog in a few days time and over the next few months you will see large quantities of Austrian and Prussian cavalry.

Posted by Painted Soldier at 12:30