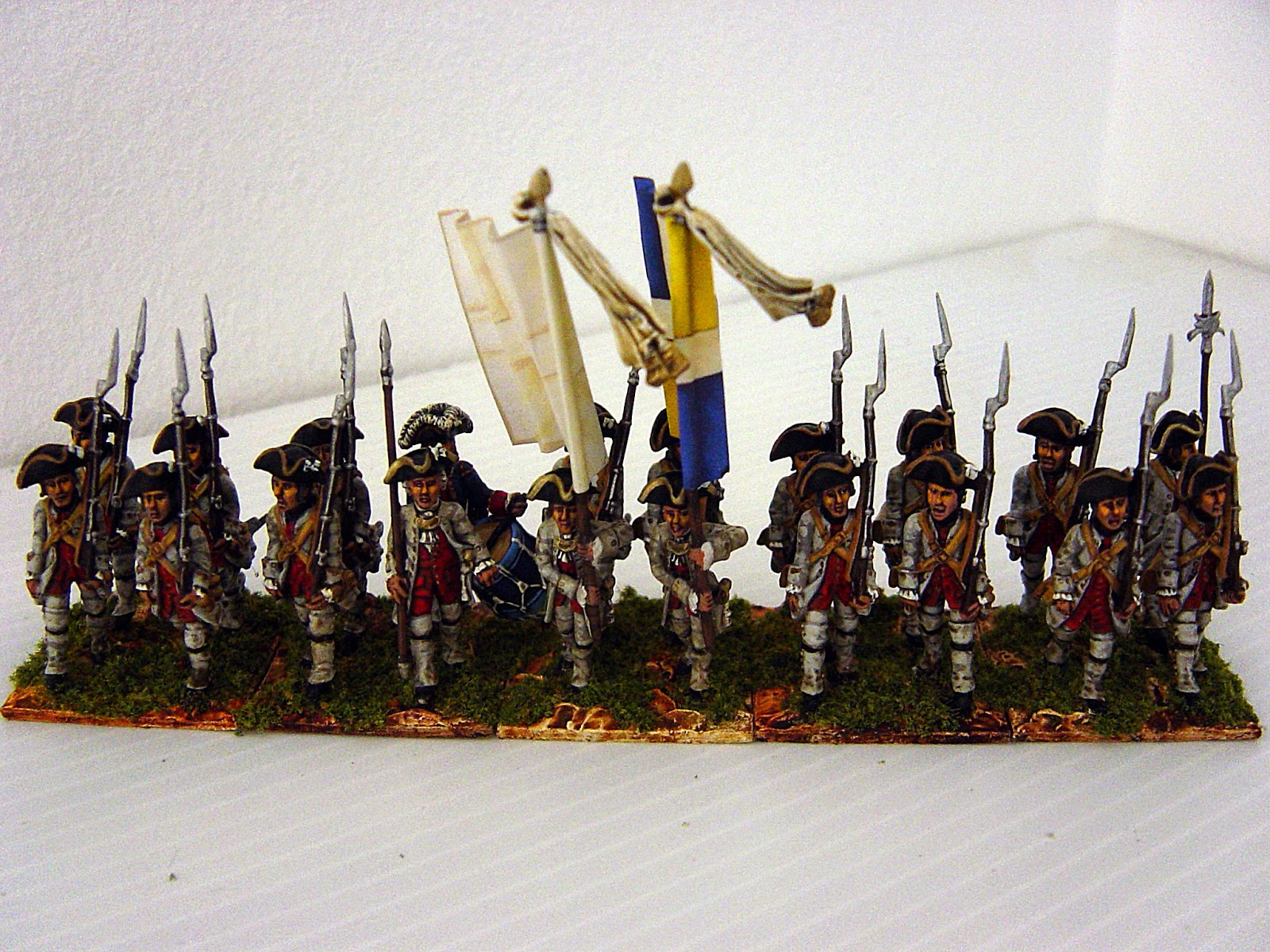 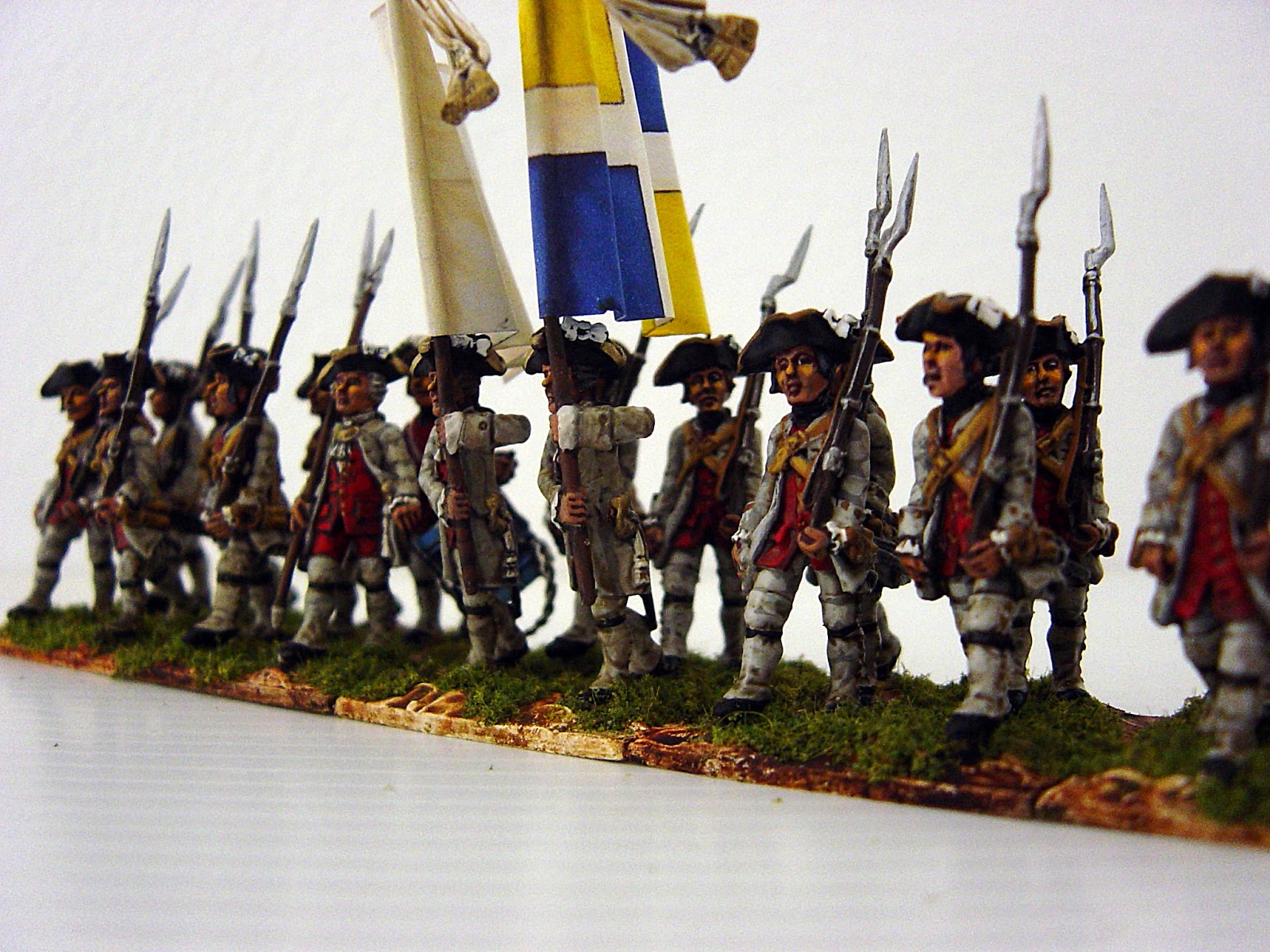 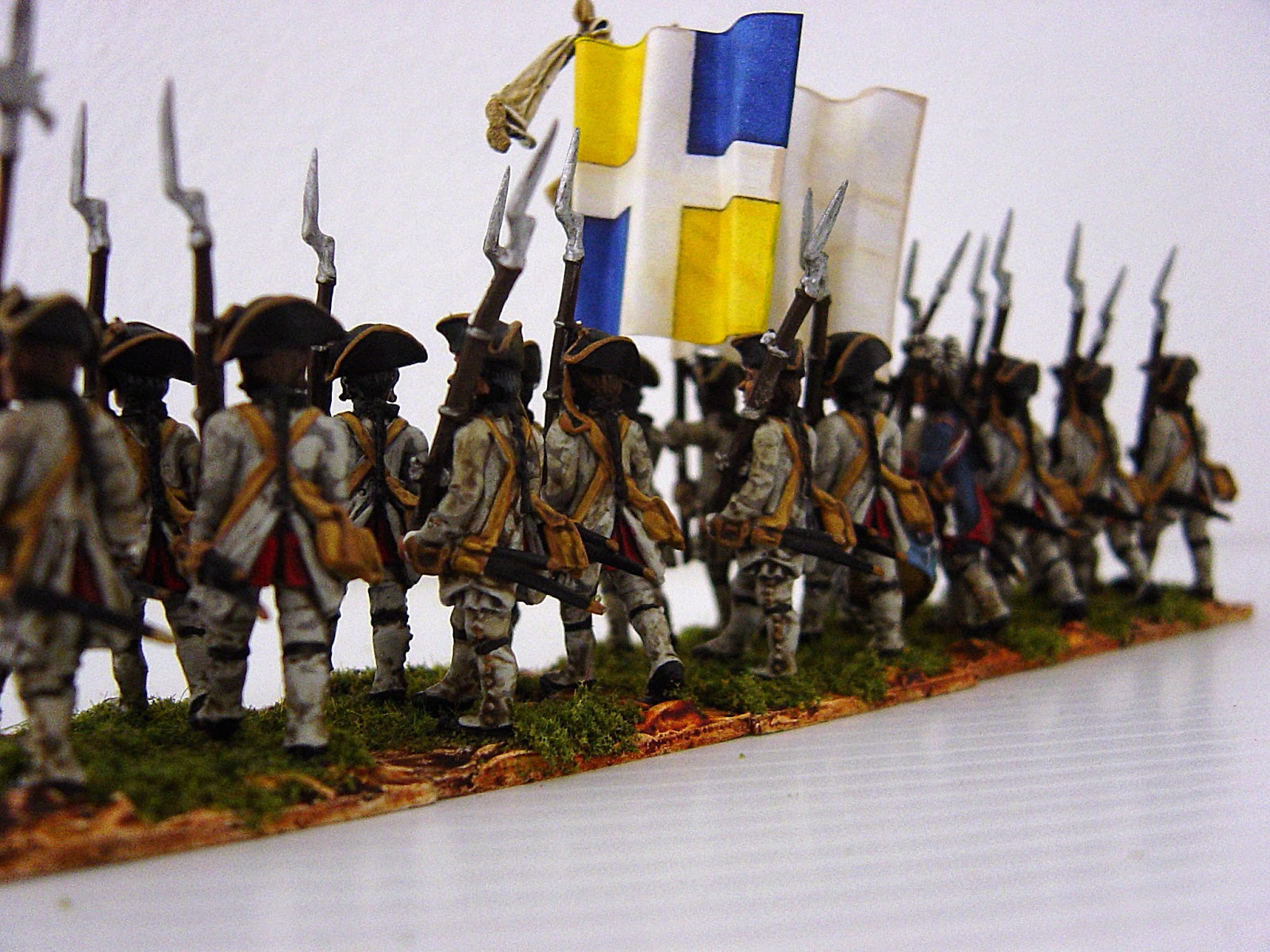 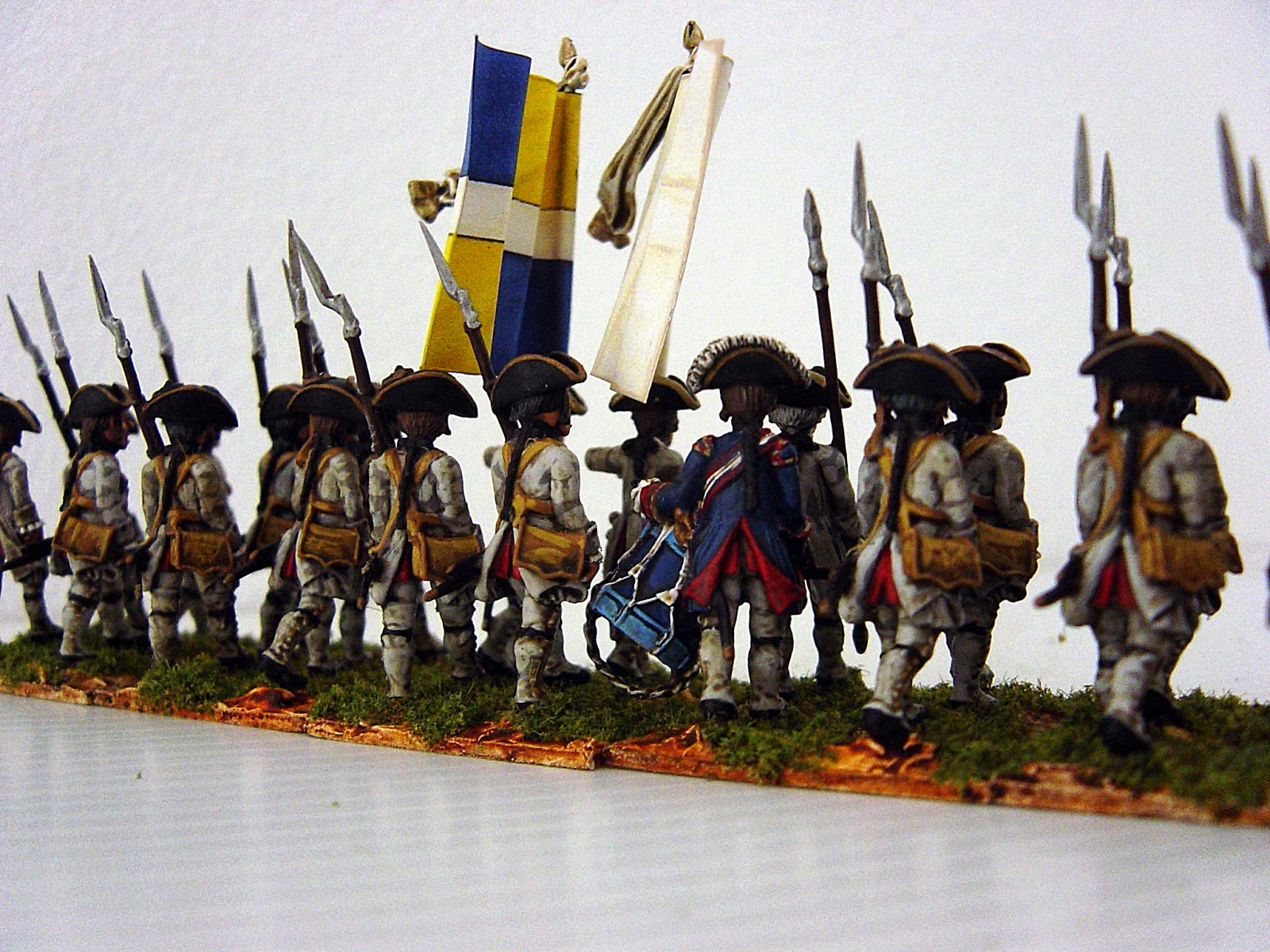 
I must also mention the drummer who wears a huge feathered tricorne and consequently looks very foppish. There is an NCO, standard bearer, one officer and three variant fusiliers in the new range.  All in all, these are the best 25/28mm SYW French out there anywhere. I encourage you to buy some (I have no connection to this company!) if only because painting them is such fun! Finally, I have used ArmyPainter  for extra character and I think these chaps look like they have had a long day’s march to reach the battlefield.
Posted by Painted Soldier at 03:48