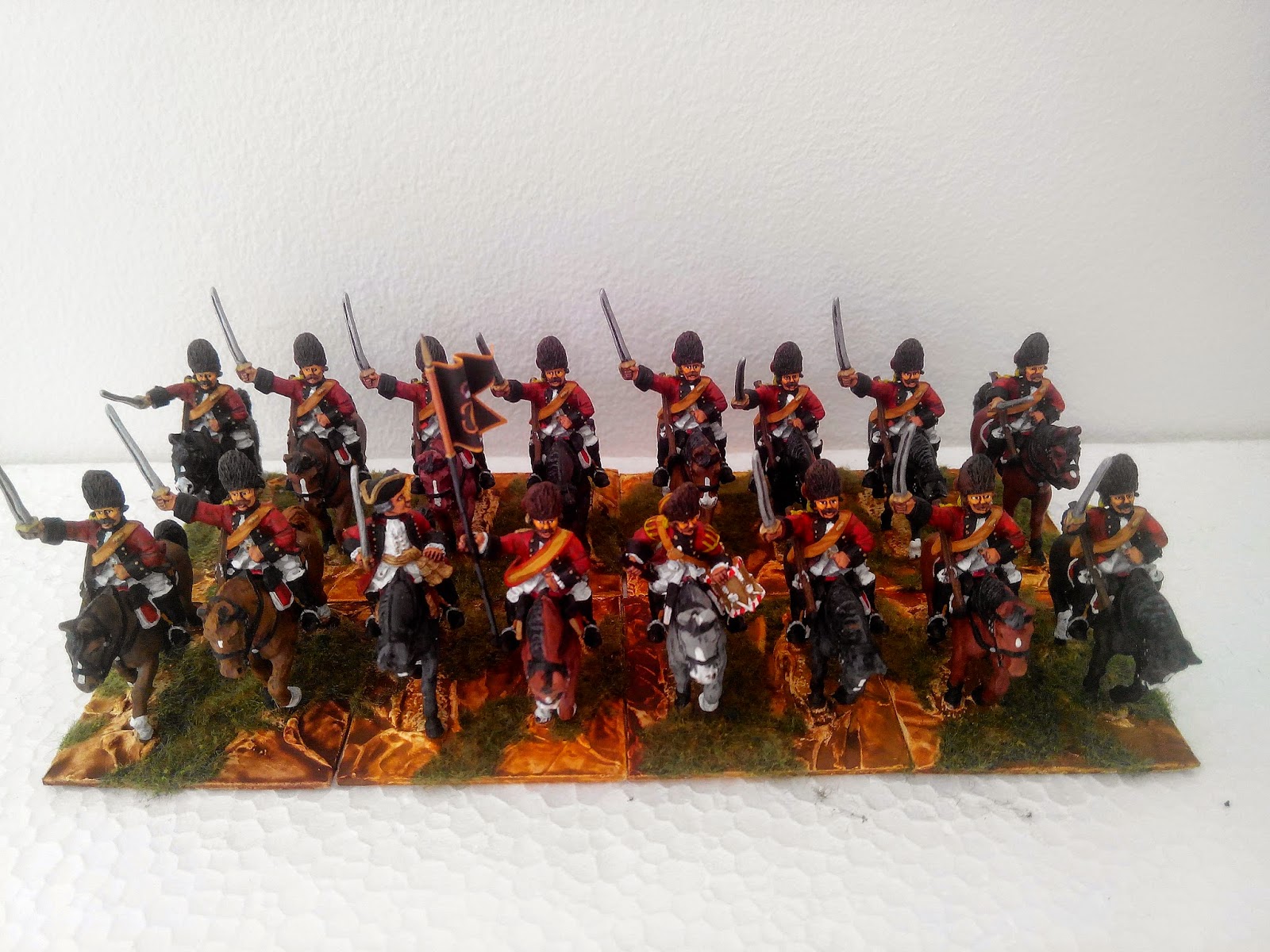 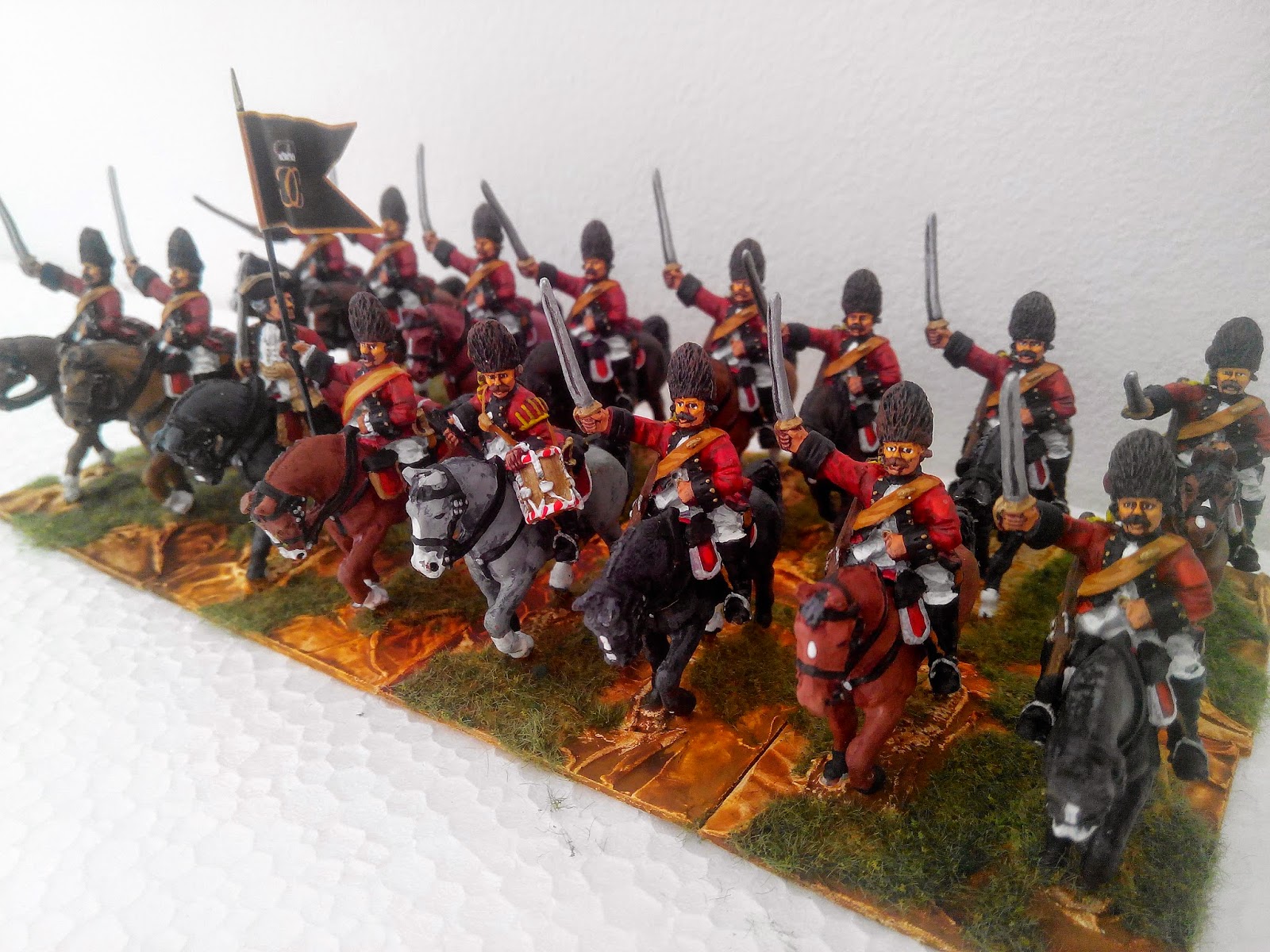 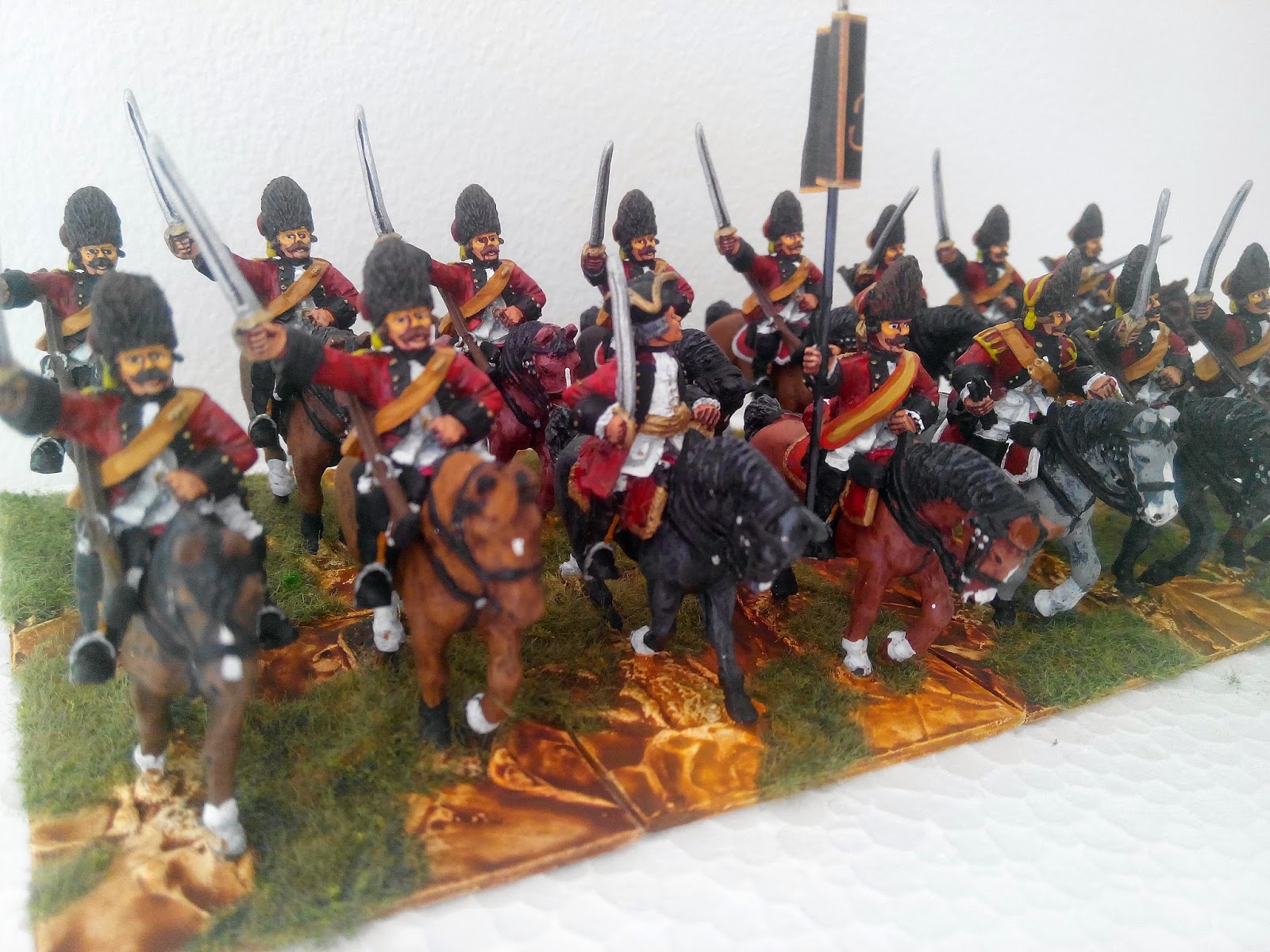 This unit concludes this project: I have now painted the entire Wurttemberg army of the SYW and it's fitting we should reflect the split personality of the Duke and his Duchy with an Austrian styled unit in a Prussian styled army.

This unit was raised in 1758 and eventually comprised 4 squadrons of about 500 men. The figures are from FR with some suitable head conversions. The flag is fictional.

Red was not a 'Prussian' colour but it was a colour used by a number of Austrian dragoon regiments and this unit may well be an homage to the Duke's Austrian allies. Next week - back to French grenadiers!!
Posted by Painted Soldier at 03:58