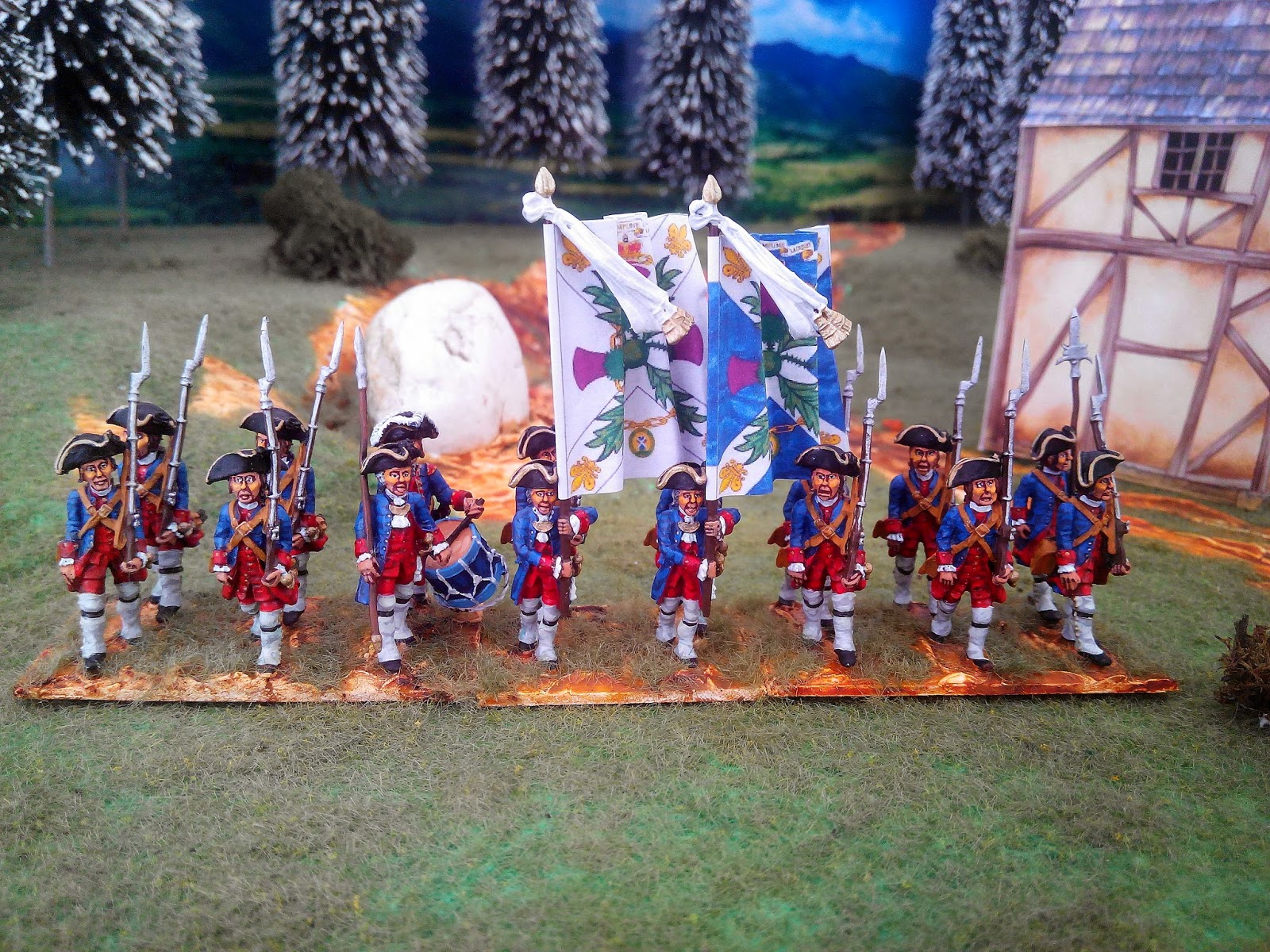 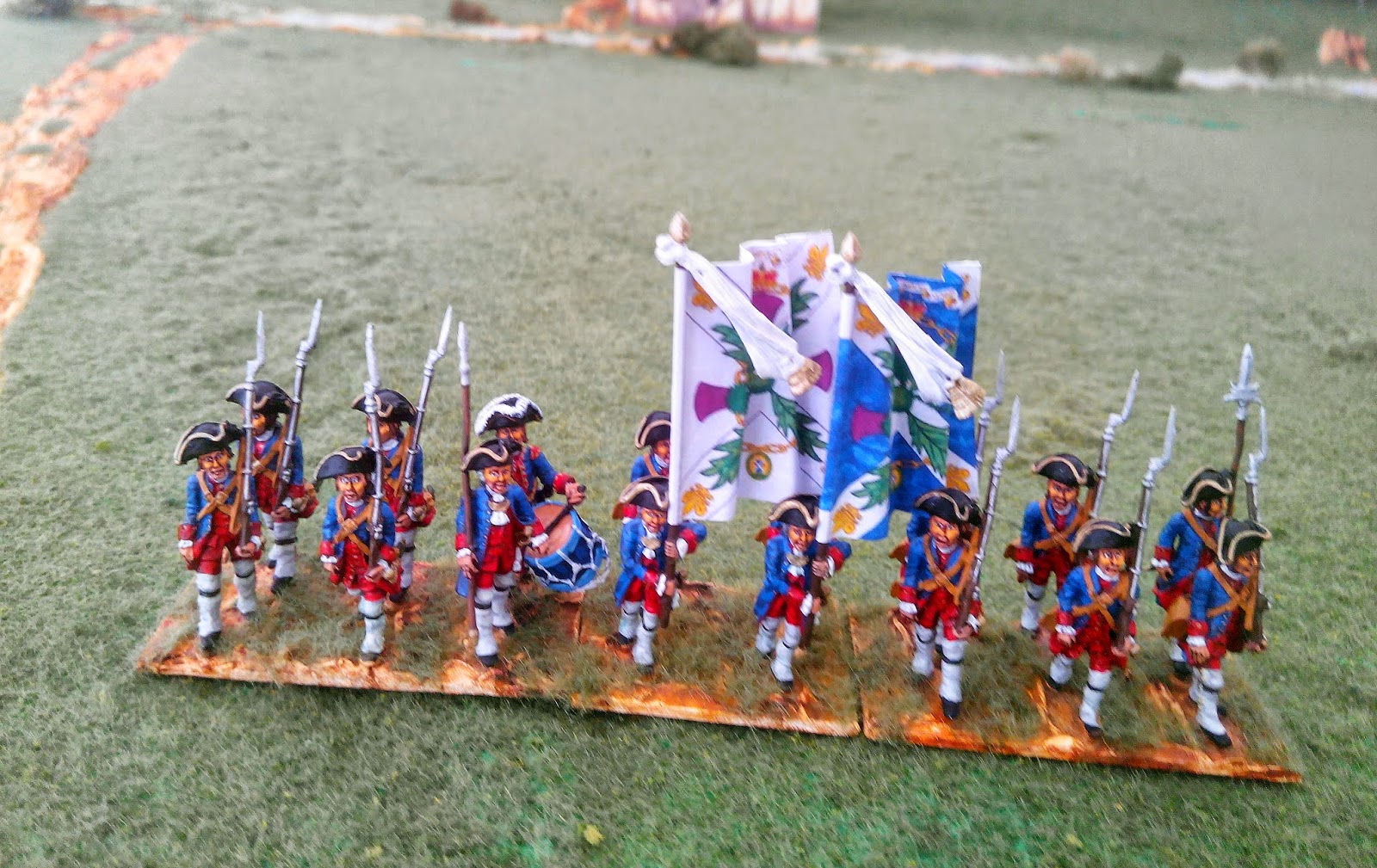 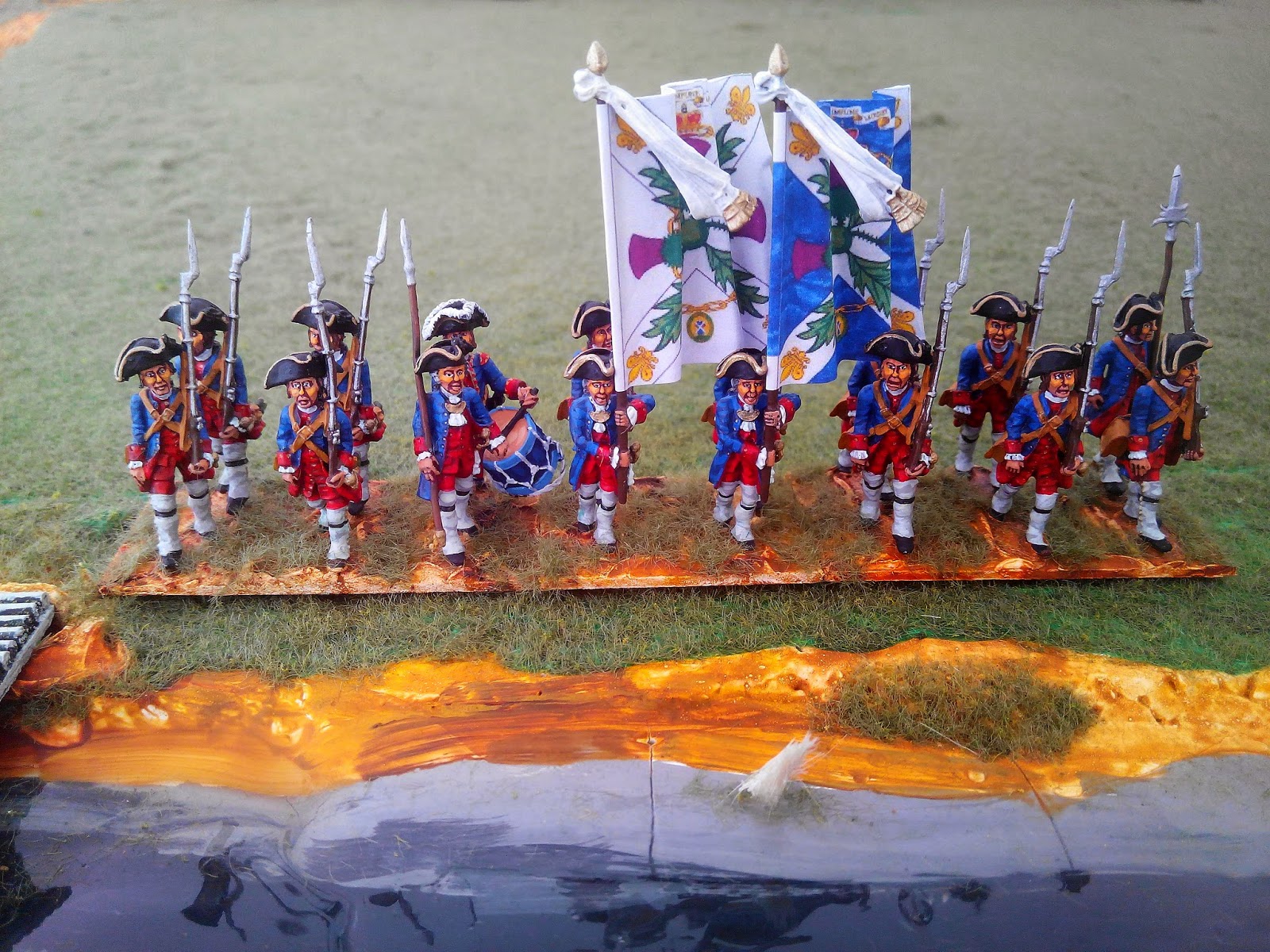 A very fine-looking Scots regiment in French service. It was raised by David, Lord Ogilvy on February 28 1747 from the remnants of the force defeated at Culloden. The regiment counted 1 battalion and it only lasted until 1762 when it was disbanded.

It looks very similar to the other Scots regiment in French service IR 107 Royal Écossais but the latter had white trousers and turnbacks.

Posted by Painted Soldier at 04:11