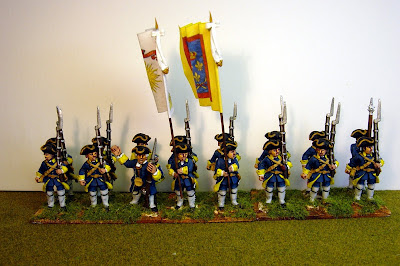 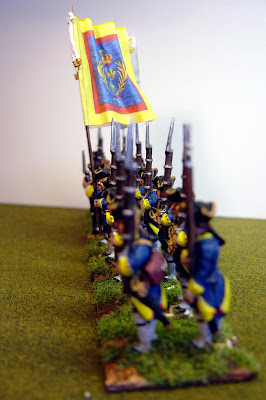 Here is the 114th 'German' Regiment in French service during the SYW named after it's colonel-proprietor Saint Germain. This is one of those small one-battalion regiments that was raised in 1747 and lasted until 1760 when it was absorbed into another German regiment.It had a very Swedish look to it and I have searched to see whether he had any connection to Sweden but without luck.

The figures are all by Crusader except the chunky officer with the soup-plate hands who is by Foundry.

Posted by Painted Soldier at 09:32