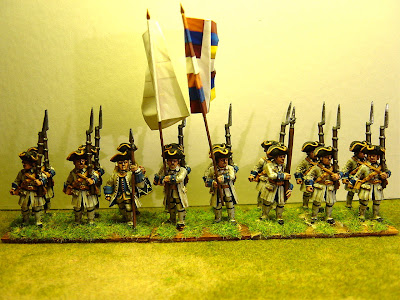 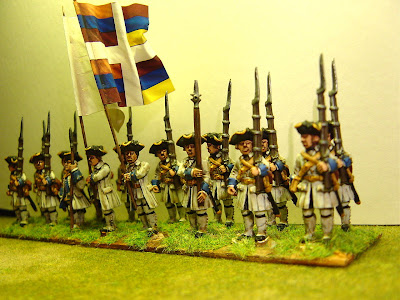 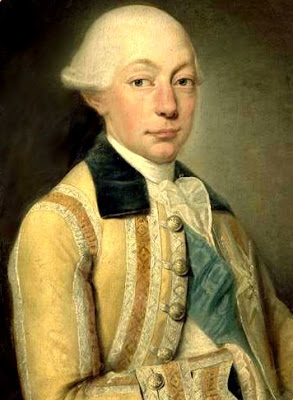 Here is another interesting French regiment – this time of only one battalion.

It’s inhaber (to use the German word – I’m not sure what the French word is)was Louis-François-Joseph de Bourbon-Conti, comte de La Marche, a rather interesting character (see picture above). He was a Prince of the Blood (the Contis and the Condes being Bourbons) and, despite rather fragile health, served as a Brigadier at Hastenbeck and Krefeld. He initially fled France at the outbreak of the Revolution but returned in 1790 and somehow, manage to dodge his destiny with Madame Guillotine. In 1797 he was escorted to the border with Spain and sent into exile, after first having extracted a pension from the Revolutionary Directorate in Paris.

I’ve painted the drummer in the Conti livery (actually the Conde livery) for want of further information. Figures are by Crusader except for the officer who is by Front Rank.
Posted by Painted Soldier at 20:15