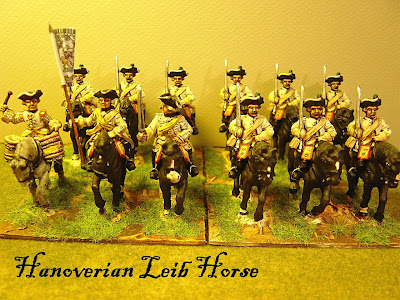 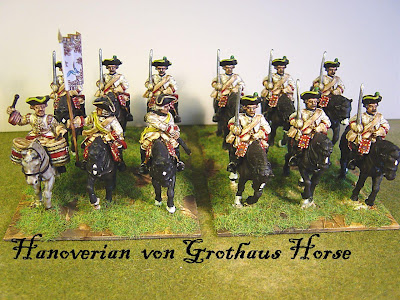 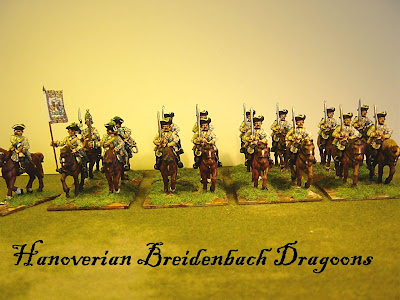 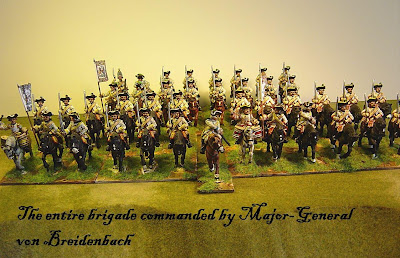 Well it's back to the SYW, if temporarily.
I have posted pictures previously of the Hanoverian Leib Horse (2 squadrons) but the others have just been painted up. So the second Horse regiment is von Grothaus (great name that!) and the third regiment is the four squadron Dragoon Regiment of von Breidenbach, who also commands the brigade. That completes two brigades out of a total planned of six and I'll do the third brigade of this column/division (consisting of Hessians) later on in the year.

All figures are Front Rank and flags are from Vaubanner.

I have a couple of months of ACW painting ahead of me before I can return to the 18th century and if I can locate some discipline somewhere I'll stick to the plan. But there is a regiment of Renaissance Polish winged-Hussars sitting on my painting desk crying out for some attention....so who knows.

By the way, as a brief aside, its been very hot(and dry) down here in the SW of France and weather like this cries out for a beer and a good book in the garden.
Posted by Painted Soldier at 15:42