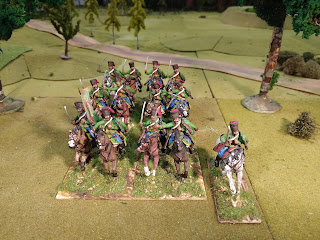 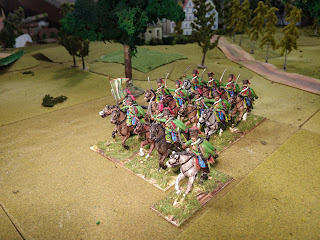 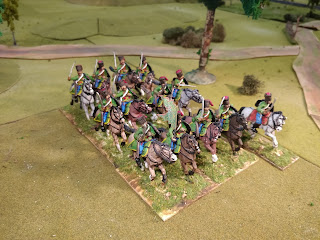 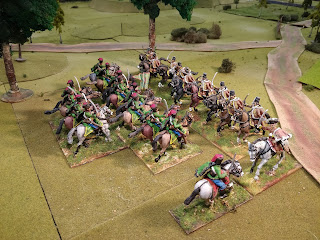 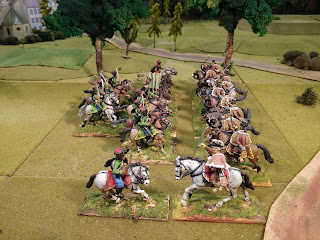 This regiment is now finished using the latest Sash & Saber offering. The officer is Colonel Franz Stephan von Pálasthy, who commanded from 1758 until his capture in 1761. I have based him singly as he will command the Vanguard. Officers of Hussars seem to have worn the tricorne but I assume that they could have chosen what they wanted. Kronoskaf also mentions a red shabraque which would have made the officers stand out from the rankers.

In three of the pictures they are charging against the Fleischhackers.

All figures are from Sash & Saber except for one horse. 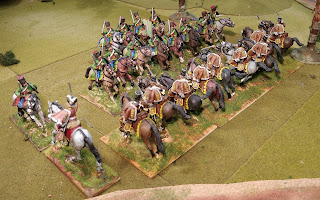 Posted by Painted Soldier at 16:38