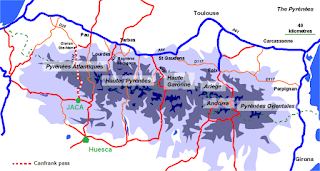 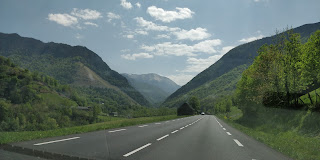 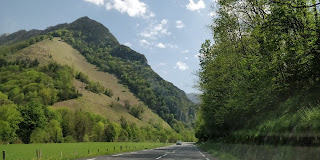 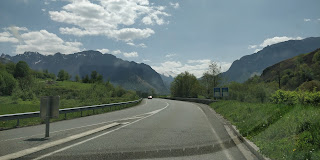 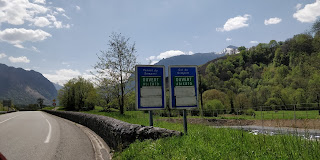 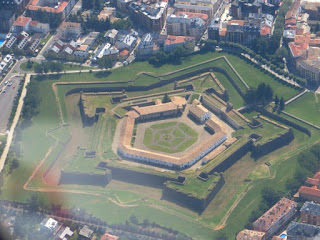 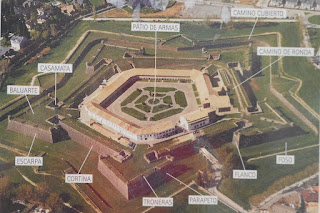 If you were invading Spain from France (or indeed, vice versa) you might use the Canfrank pass as it is relatively easy, although the easiest routes are at either ends of the Pyrenees range. Today it is a regular Camino route into northern Spain for those on their way to see the bones of St.James. For me it is one of the most direct roads between home in SW France and Valencia.

Shortly after crossing the Spanish border you will reach the town of Jaca (pop 13,000). The Jaca Citadel is a pentagonal fortification built at the end of the 16th century in the reign of Philip II and was the first castle in Spain to be built to defend against cannon-fire with low thick walls a la Vauban style. It was built to defend against French invasion as this was before the Bourbon change of dynasty. It is still complete with moat, bastions, scarps, barracks, arsenal and tunnels, as well as a beautiful entrance with a drawbridge.You can walk around the park that surrounds the citadel and see the deer that now live in the moat. Although there are several castles of this design in Europe this is the best preserved as its never been the subject of a formal seige, although it has been captured. Souchet captured it in 1808 (one suspects by stealth) and Mina recaptured it in 1814 from the retreating French.

The citadel is still the headquarters for the Ski and Mountaneering Division of the Spanish army and Jaca has a large barracks to the north of the town. The Citadel also houses the Museum of Military Miniatures, with its collection of over 32,000 lead figures exhibited in 23 historic scenes and showing the development of weapons, uniforms and fighting tactics from the time of the Pharaohs to the early 21st century! Well worth a visit (more pictures soon).

Posted by Painted Soldier at 19:09