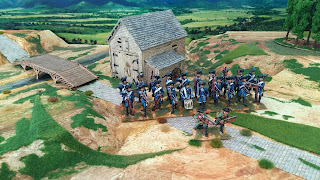 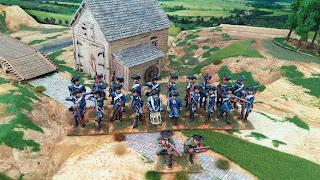 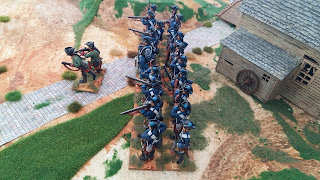 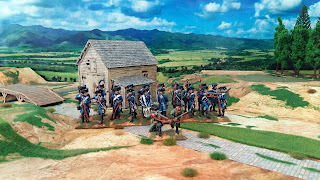 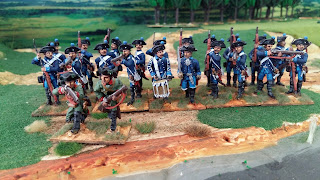 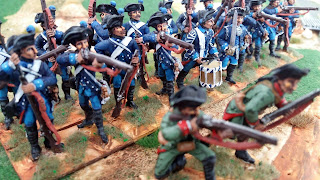 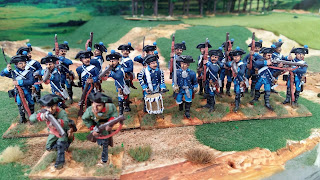 My latest recruits to my small SYW Prussian army (you will recall that my Austrian army is much larger) are these Frei Korps rough-looking scoundrels. They are based in pairs so that they can go around skirmishing and generally upsetting the locals. There is an extra Jaeger company with rifles.

These will be in the Vanguard and Major General von Werner will have a small command of four squadrons of his own hussars, a couple of 3 pdr guns and two battalions of Frei Korps.

I think the double-blue colour scheme is rather stylish!
Posted by Painted Soldier at 03:15