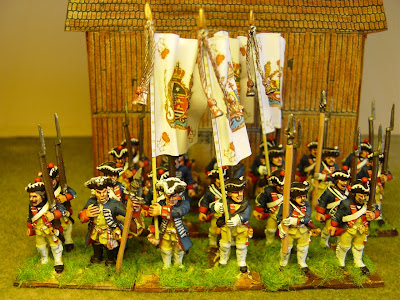 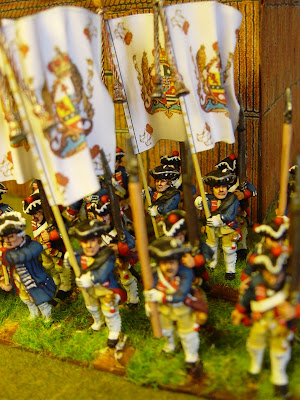 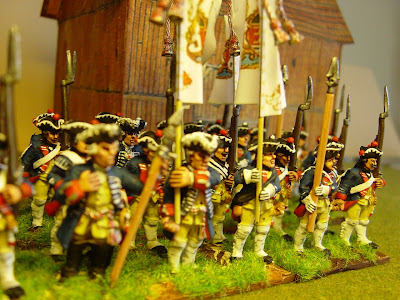 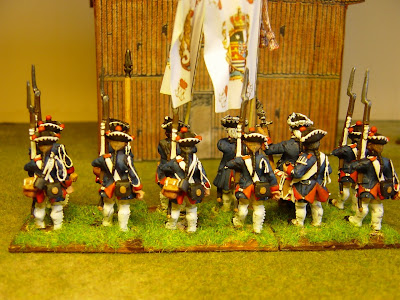 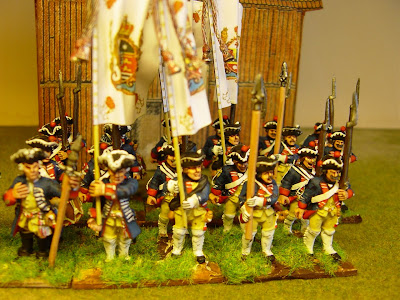 These are the two battalions of the 3rd Hessian guards, post 1760. By the end of the war the Hessians had four Guard regiments, each of two battalions strength, and although the 1st regiment did not serve on campaign, the remaining three did good service.

If you’ve read my posts before you will know that in 1760 the old single battalion regiments were increased slightly in strength and then halved into two battalion regiments. So, with my 1:33 scale these battalions now have a strength of 396 men each – considerably weaker than their allied contingents as well as their French opponents.

Aiguillettes have been added to their right shoulders (see rear shot 4) and this was done with cotton and superglue – a fiddly little job to be sure. Most of the figures are Foundry though a few Crusader figures have crept in. The last regiment of foot in this Allied army is my next project and then I will have a pause, as the summer season of visitors is about to arrive, and then continue with more farms, villages and French. A barn for the next farm can be seen at the back.
Posted by Painted Soldier at 11:50