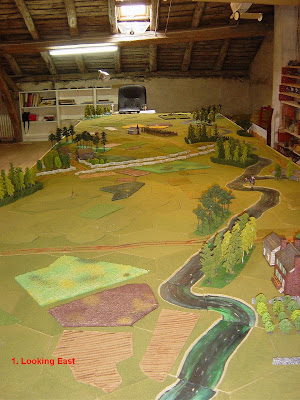 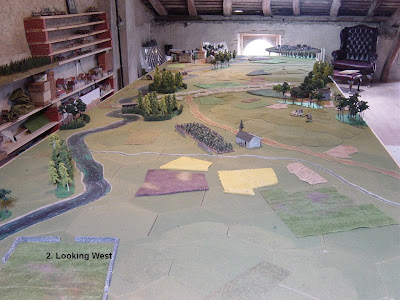 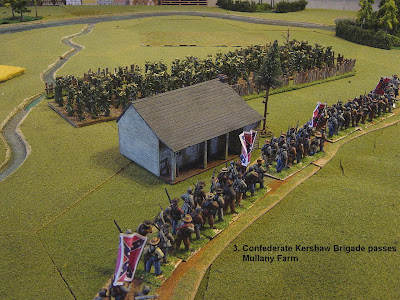 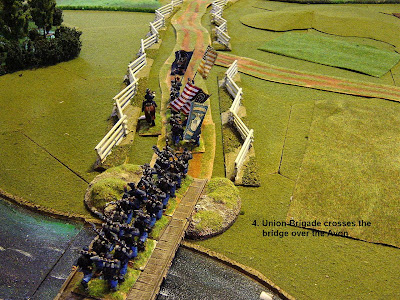 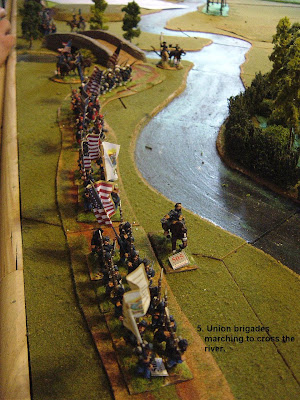 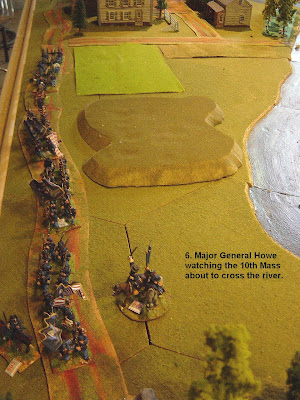 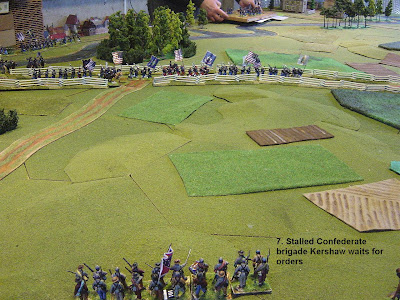 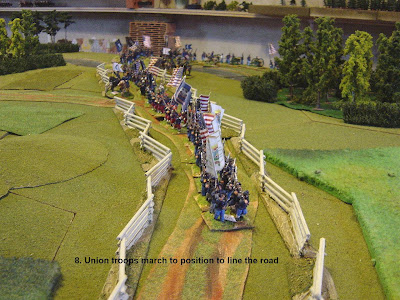 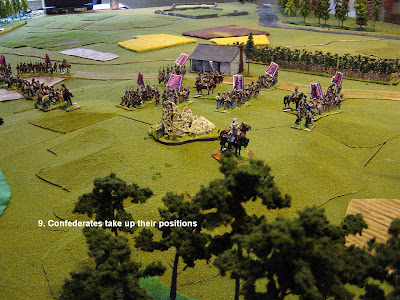 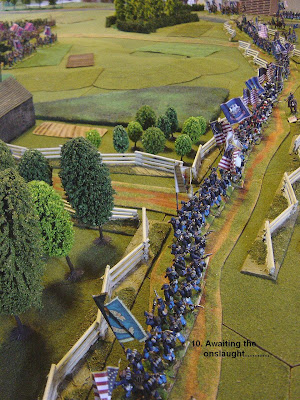 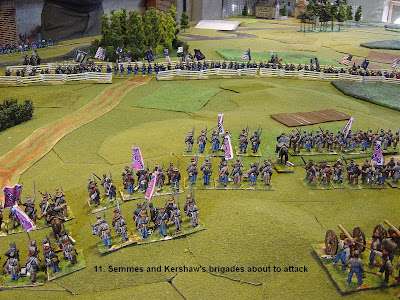 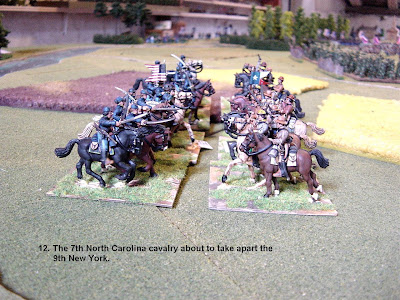 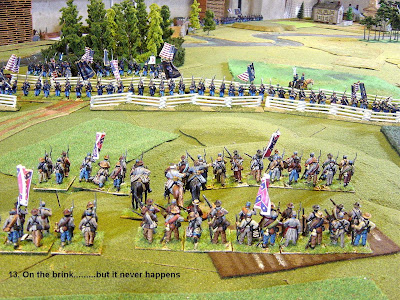 The point of today’s exercise was to run through the new rules (Carnage & Glory II’s ACW computer set) and to familiarise us with it’s workings before the actual game on the 29th and 30th of this month.

Ian took the role of the Union and I commanded the Confederates. Normally I would not have a command being attached to the computer imputing ranges etc and controlling the pace (such is my metier), but for the purpose of getting to know how things work I needed to actually command troops. We played 9 moves in about 3 hours and called it quits before the Confederate assault had even begun. The computer declared it a minor Union victory and the casualties reflected this – about 300 Rebels to 100 Union.

The main error on my part was to change initial ‘Attack’ orders to ‘Defend’ for the two leading brigades – on the assumption that I would wait for the rest to arrive and then be able to change those on Defend to Attack so all four brigades would attack together. Big mistake as both Kershaw and Semmes never moved again. Had we played on I might have had better results at getting these Generals to move (what part of “Immediately attack the enemy to your front” do you not understand?) but meanwhile a Union battery, the 1st Ohio Lights, was playing merry hell with the 50th Georgia which, after taking sustained fire for 30 minutes, retired from the field with almost 50% casualties. Additionally, the Union forces had taken the time to line up a strong front line, behind fences, awaiting the Confederates to get their act together. Had the rebels attacked this line I think they’d have been slaughtered. Some greater subtlety is required on the part of the Rebel commander, Mclaws, I think.

The only bright point in an otherwise gloomy Rebel day was the brilliant success of the 7th North Carolina Cavalry which, with sabre only, dispatched into retirement two Union cavalry regiments.

We have both learned quite a bit from this run-through and on the day, in about two week’s time, Ian will command the Rebels and my two French friends, Seb and Steph, will command the Union. Good luck boys!

(See my previous posts for the map etc)
Posted by Painted Soldier at 17:32