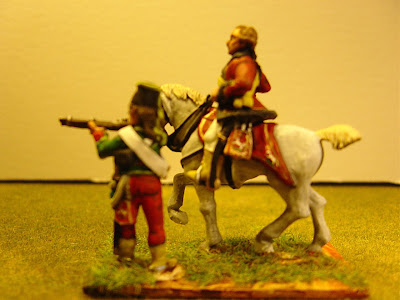 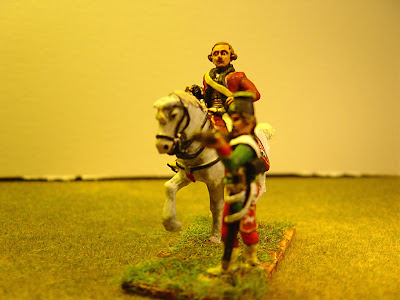 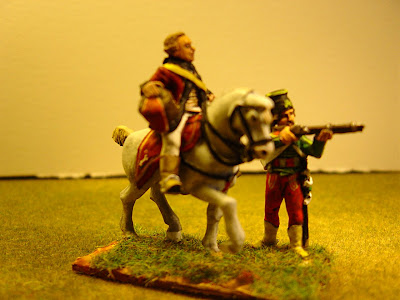 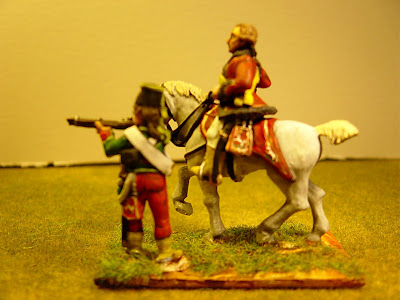 This is what Niemeyer and Ortenburg say about Luckner in their excellent “The Hanoverian Army during the Seven Years War”:
In 1757 Rittmeister (Captain) Nicolaus von Luckner, formerly in Dutch service, raised a unit of Hussars which consisted originally of a single troop, but by the end of the year already numbered 90 men. Eventually, in 1760, there were 4 squadrons, each of two troops……with a strength of 671 men. The success of the regiment is reflected in the career of its commanding officer. Entering the Hanoverian service in 1757 with the rank of captain, he was a lieutenant-colonel in 1758, and was gazetted major-general on 25th January 1760; finally becoming a lieutenant-general in 1761 at the age of only 39.
The greatest possible praise can also be seen in a letter from Prince Ferdinand to Lt.General von Wangenheim: Your Excellency may also convey to Colonel von Luckner the particular congratulations of His Serene Highness, and assure him that our confidence in him is so firm that we are never in any doubt that, whenever he and his splendid regiment undertake a task, it cannot fail to have a fortunate and successful outcome.”

Luckner’s hussars was one of the few units that completely changed its uniform during the course of the SYW. It started off wearing a combination of green and red and, at some point, the date being unknown to me, the uniform changed over to the more famous (and unusual in light cavalry) red and white. I wonder if Luckner himself made so much money from pillaging French baggage camps that he was able to fund this expensive change of uniform.

The mounted figure (Luckner himself) is by Front Rank and is actually Franz Leopold Nadasdy (SYAP3), with the moustache trimmed off. I don’t know why I took this off but in my mind’s eye Luckner did not wear a moustache but I’m pleased to be corrected. He is placed on a Foundry horse and the saddle cloth was done with green-stuff. I have painted him in the second uniform. Next to him, on foot, is one of the new Eureka SYW Saxon hussars and what a great figure he is. The detailing is superb with no mould lines at all. A joy to paint. As he is wearing a mirliton I decided to paint him up in the early uniform on the assumption that there must have been a period, however short, when both uniforms were in service. The only small detail I’m not convinced of is the tiny skull and crossbones on the front of the mirliton – I don’t think the Saxons wore such a symbol. But I left it on anyway.