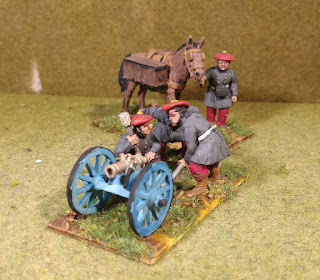 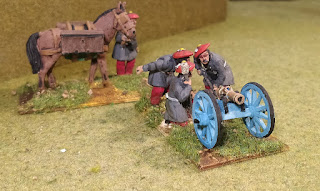 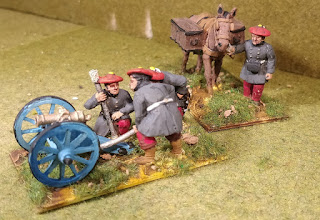 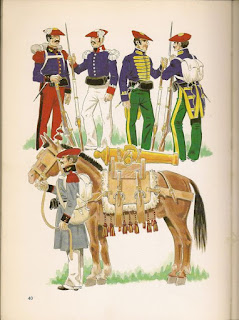 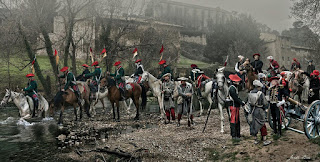 This represents a small 2 gun battery as might have been attached to a Carlist Infantry brigade. These guns were carried on the backs of mules to get them over the mountains quickly. The Carlists were very short of artillery at the start of the war but, as it progressed, they managed to make their own, capture others from the Liberals as well as smuggle pieces over the porus Pyrenean border.

I have painted the mule as per the attached illustration. I also attach a very atmospheric picture I took off the web which looks like it might be of re-enactors. But I have no idea of where or when this photograph was taken. I have used the gun colour shown to paint mine a pale blue-grey.

Next up will be Guipuzcoan infantry.
Posted by Painted Soldier at 19:28