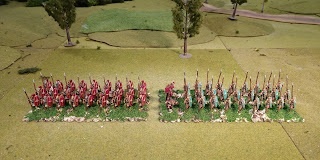 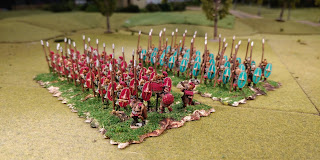 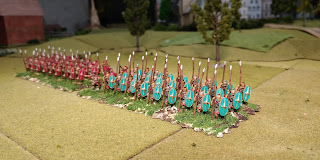 Thorakitai were used in armies of the Hellenistic period in a variety of tactical situations. They were a type of armoured but mobile infantry who did not require a rigid formation to be effective in combat. From their name we can deduce that most wore armor and helmet. They bore a thureos, an oval shield, and were armed with sword, javelins and spear, which were used according to their tactical use. It seems that the thorakitai were heavily armored thureophoroi, able to bear spears and do battle in a phalanx as well as engage in irregular warfare in situations when such an action was required for tactical reasons, like to exploit or challenge rough terrain.

Posted by Painted Soldier at 15:57