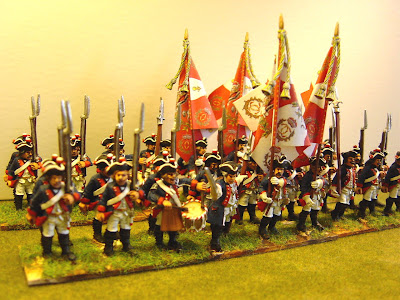 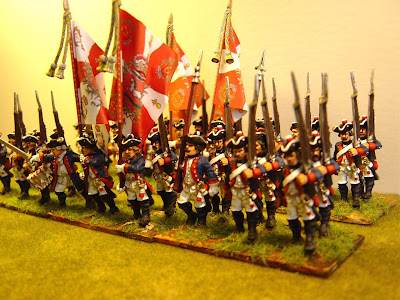 Two battalions of the Brunswick Regiment Mansberg (formerly von Behr). This regiment has its post 1760 new flags and I have used these as they are rather more colourful than their previous ones. The figures are all the fantastic Copplestone Foundry range (before Rob Baker got his hands on the range) and it was partially the beauty and crispness of the figures (plus ease of painting) that got me into 25mm SYW. My previous SYW armies had all been 15mm and those armies now live in New York with my friend Jon.

My current project is SYW British cavalry and I'll post pictures of the completed brigade by next weekend.
Posted by Painted Soldier at 12:19