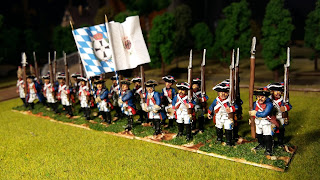 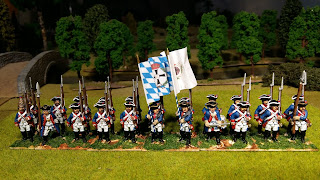 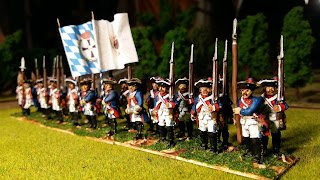 This regiment came from the Prince-Bishopric of Münster and was from the Lower Rhenish Westphalian Kreis. It was a one battalion regiment of seven fusilier companies and one grenadier company. It’s name comes from it’s Inhaber Colonel Josef Marsil von Nagel zu Loburg. Most figures are from Crusader.

The flags look like they are the wrong way around but I have double-checked and this appears to be the correct way. The other Munster regiment follows soon.

Posted by Painted Soldier at 12:57