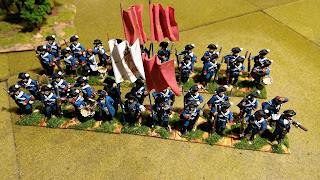 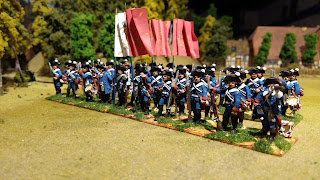 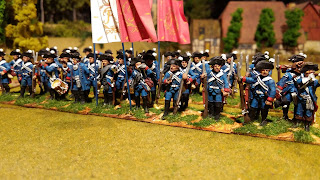 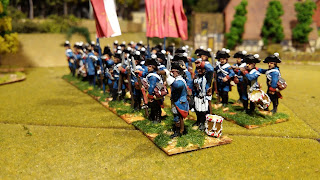 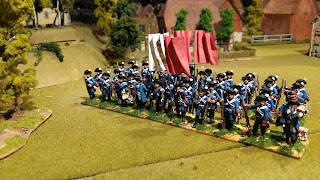 These are fantastic Perry figures from their AWI range and are meant to be Hessian garrison figures but, as they have gaiters, they are perfectly useable as SYW Prussians. Here they are painted up as two battalions of a Prussian Garrison regiment. As you would expect, the sculpting is excellent and I would say probably the best figures available.

You might expect Garrison regiments to serve as garrisons for assorted fortresses but Frederick's terrible losses meant that they were often forced to serve with field armies. Not with HM himself as he always pinched the best available troops but in secondary armies like the one of Prince Henry. During 1758-9 battalions 3 and 5 served in the army in Saxony.
Posted by Painted Soldier at 10:33