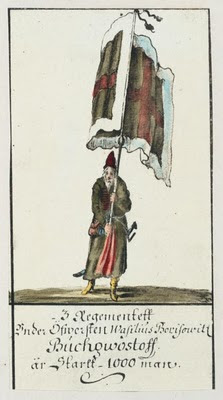 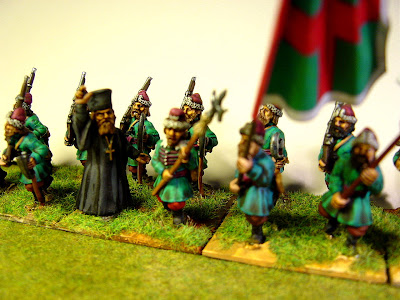 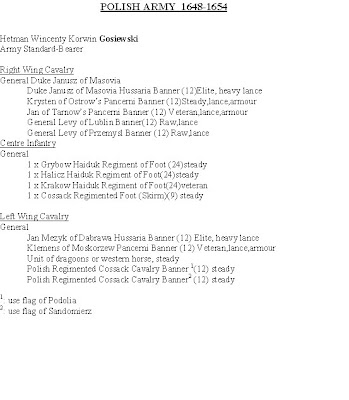 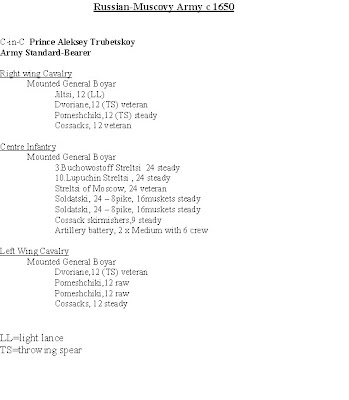 Comparing that unit with the newly painted Polish Haiduks I decided that the Russians needed reworking so I've added an extra standard bearer as well as an Orthodox priest and 'Armypainted' them all to give a less garish look. I like the priest (a TAG 'freebie') and plan to use this figure again. This unit has now beeen renamed as No.3 Buchowostoff Streltsi.

I've also included two OOBs for the armies I plan to paint. They are quite small, no more than 14-15 units a side, and the hope is to have these finished by this time next year. If I stick to two units a month that target should be reached!

I'm not sure if I'll have another posting here before Christmas, but if not, here is a Happy Christmas to you all - and, lets hope, a more prosperous 2010 than 2009 was.
Posted by Painted Soldier at 13:12