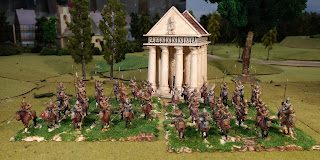 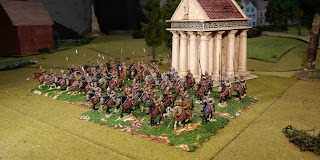 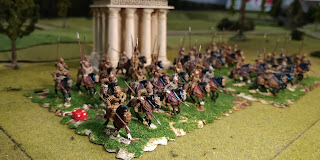 If my memory serves me (the last time I painted a Seleucud army was in the 1970s) these were the backbone of the cavalry arm. They were armoured from tie to head as were their horses. Their main weapon is again the kontos which I guess they would have used two handed.

Painting wise I have used 2 different bronzes, silver and brass to break up the look of the units. The Romans feared this type of cavalry over a long span of history – from the Seleucids (start 312BC) through the Parthian period to the Sassanids (ends 651AD), this covers the best part of a thousand years.

Posted by Painted Soldier at 13:02